The Secret behind Japanese Fusion Cuisine Yoshoku? It's All about Ketchup

The Secret behind Japanese Fusion Cuisine Yoshoku? It’s All about Ketchup

You may think you know all about food in Japan, but you may be surprised to find that it’s not limited to only sushi and tempura. In fact, Japanese have adopted many foreign dishes as a regular part of their daily diet, though with a wholly Japanese twist on flavor, ingredients, and presentation. These dishes, known as yoshoku, have katakana names to emphasize their foreignness. They’re typically eaten with fork and knife instead of chopsticks, and are served with a piece of bread or a side of rice, which is even called the borrowed form of “raisu” (rice) instead of “gohan” (rice) in Japanese. Staple yoshoku dishes include omurice, hambagu, and naporitan pasta, and they’re probably just like what you grew up eating… or maybe not. The truth is, many of the dishes that Japanese people consider “Western” foods, although based on foreign cuisines, are so far removed from the dishes that inspired them that many have become uniquely Japanese.

Yoshoku or Wafu: What’s the Difference? 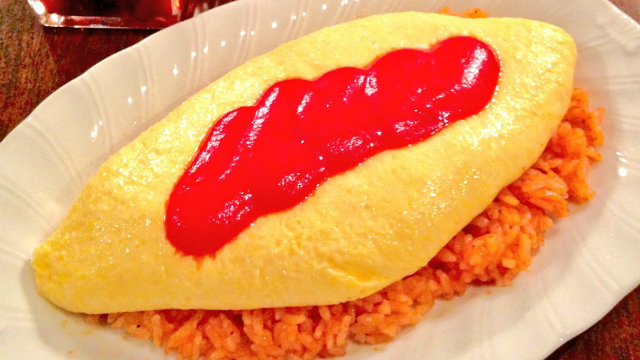 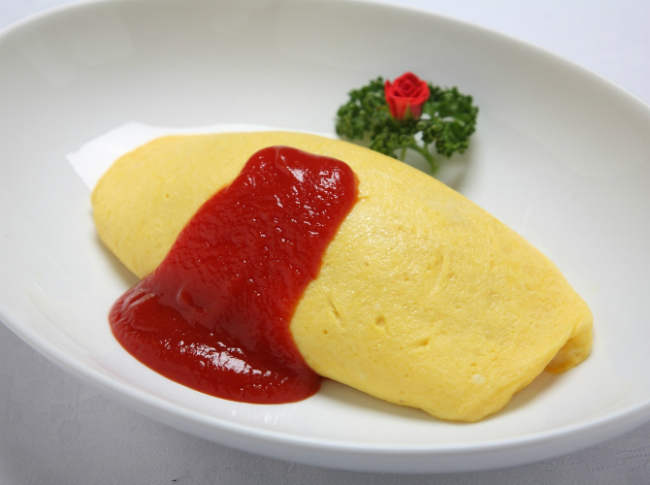 Yoshoku got its start around the Meiji Era (1868–1912) when a rapidly modernizing Japan decided that to go toe-to-toe with the West, it had to eat like them, too. At the time, however, foreign ingredients were difficult to come by in Japan (even more so than today) so people came up with the best approximations that they could using local ingredients—and also ketchup. The result was dishes that may seem familiar at a glance to Westerners but taste distinctly Japanese. For example, omurice looks deceptively like an omelet topped with sauce, but cut it open and you’ll find stir-fried rice inside. And the sauce? You guessed it, ketchup. 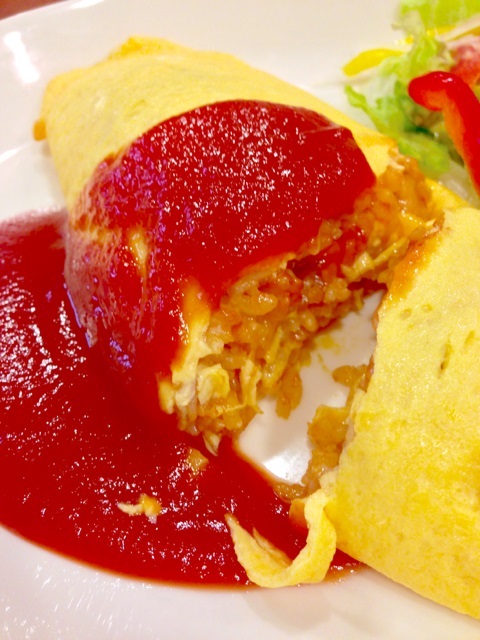 In addition to food inspired by European-style cooking, Japan invented a few of its own dishes that are so strongly influenced by washoku, or Japanese cooking techniques, that they barely resemble foreign food. These dishes, called wafu or Japanese-style, are usually based on yoshoku dishes but with more emphasis on Japanese ingredients. In other words, Japanese people have been doing fusion cooking since before it was cool. For example, wafu hambagu is a kind of thick hamburger patty served without the buns, topped with grated radish and ponzu sauce. It’s a Japanese twist on the old TV dinner staple Salisbury steak. 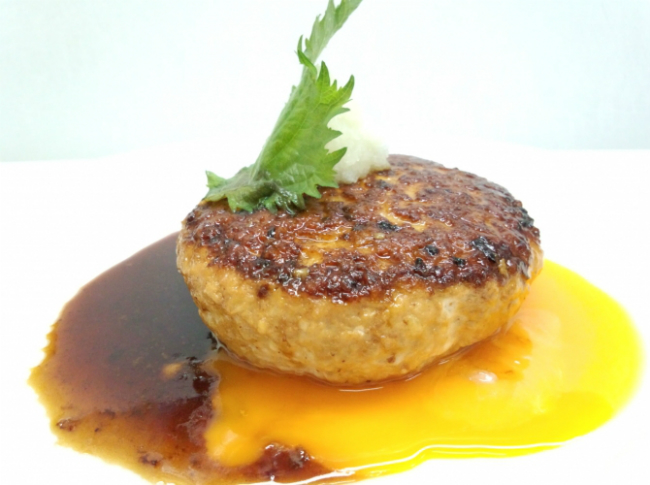 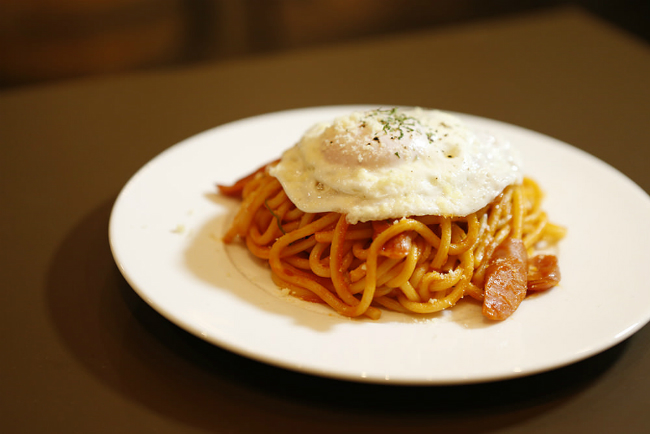 Compared to other Western cuisines, restaurants specializing in Italian food are not so hard to find in major cities in Japan these days, and ingredients like canned tomatoes imported from Italy and extra virgin olive oil can be found in most supermarkets. But before it became easy to find these items in stores, the Japanese came up with a dish similar to spaghetti bolognese called naporitan. The name “naporitan” meant Naples-style, or anything with tomatoes—the tomatoes in this dish being, of course, ketchup. Boiled pasta noodles were stir-fried with ketchup, meat, and vegetables and cooked far past al dente in order to appeal more to Japanese people by emulating soft udon noodles. Today, despite the wider accessibility of authentic Italian food and ingredients, naporitan is still a favorite among many Japanese people.

In addition to naporitan spaghetti, wafu pasta made with Japanese ingredients has become extremely popular. Specialty wafu pasta shops offer up dishes like mentaiko pasta, or spaghetti with spicy cod roe in a fishy cream sauce. It’s often garnished with shiso, a clean-flavored Japanese herb that balances out the richness of the rest of the dish. Some people say that the fishiness of mentaiko pasta is reminiscent of spaghetti with anchovies, while the shiso cleanses the palate like basil. Wafu pizza is also a big hit—and a bit confusing for foreigners in Japan ordering pizza delivery for the first time—with ubiquitous ingredients like potato, eggplant, shrimp, and mayonnaise. 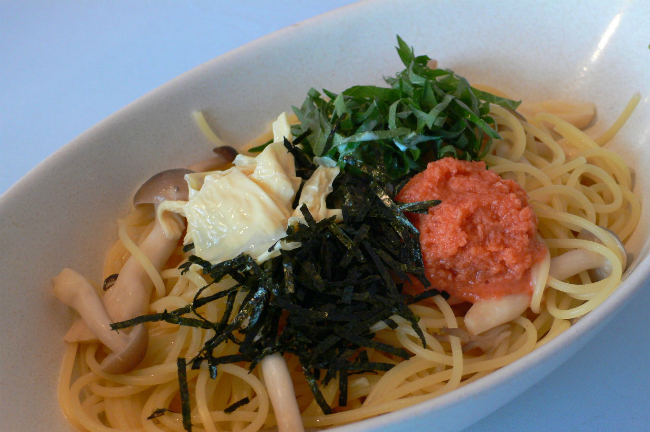 Doria is another Japanese invention that’s often confusing for Westerners. Although it’s commonly found in Italian restaurants, doria is more similar in style to a French gratin like scalloped potatoes au gratin. It’s made by stir-frying rice and ketchup with cooked meat or seafood, topping it with white sauce and cheese, and then baking it until the cheese becomes bubbly and browned. While no one in Japan knows the exact origin of doria, the popular tale is that it was invented in Paris by an Italian chef named Doria, who wanted to make a dish representing Italy’s flag with tomato, cucumber, and chicken. 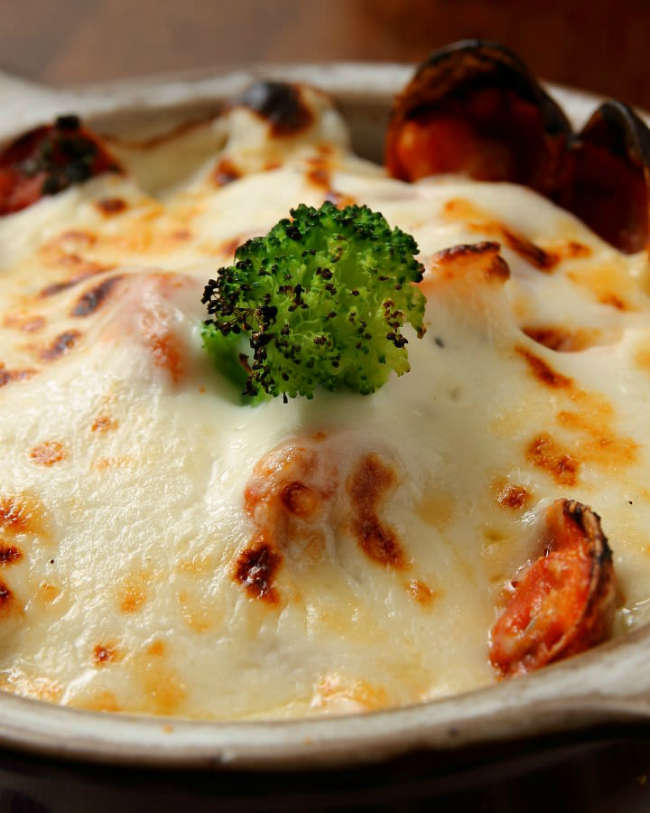 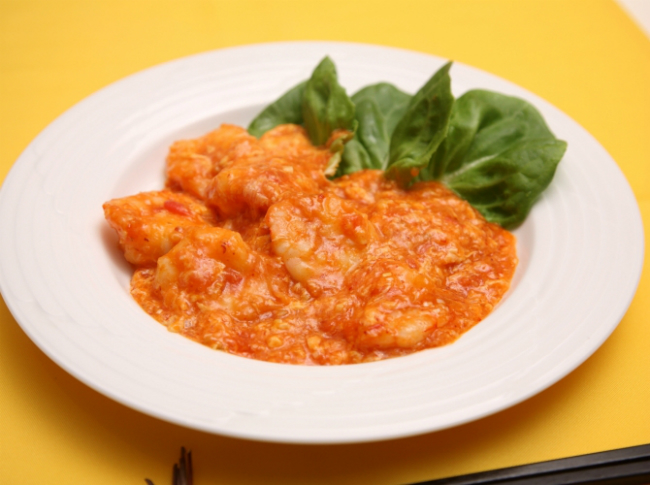 Japanese-style foreign foods aren’t limited to only European and American cuisine. Chinese food, or chuuka ryori, is another style of foreign food that is popular in Japan. Although chuuka ryori is not Western, Japanese people still consider it “foreign” even though many Chinese ingredients like ramen noodles and soy sauce have become an important part of Japanese cooking. Likewise, people in China reject chuuka ryori as Chinese because it has been so heavily adapted to the Japanese palate that it no longer resembles Chinese food. As a result, the food that Japanese people call chuuka ryori, which is available all across Japan, is very different even from the modern Chinese food you might find in one of Japan’s three Chinatowns (located in Yokohama, Nagasaki, and Kobe). 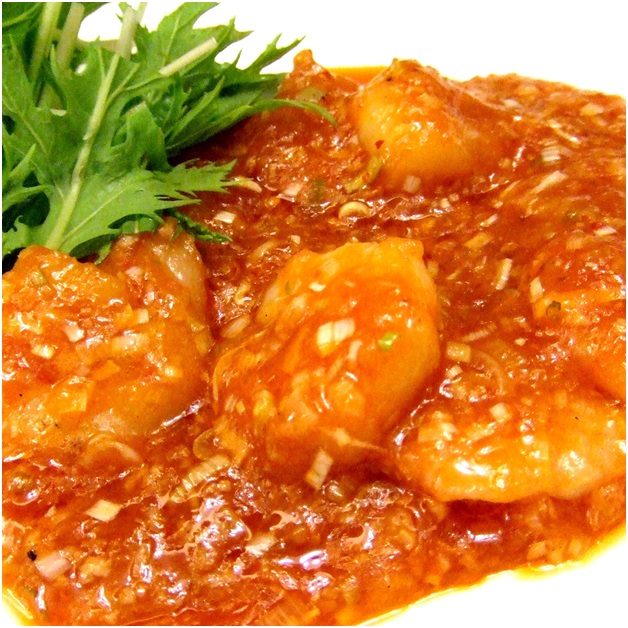 One such dish that has been specially adapted to local tastes is ebi chili, a shrimp dish in a sweet chili sauce made with, of course, ketchup. While the roots of this dish go back to Szechuan cuisine, the spice level has been toned down greatly because many Japanese people can’t seem to handle spicy food. There isn’t really a dish similar to ebi chili in China or any other country outside of Japan, but it could be considered a close cousin to the sweet and sour shrimp found at many Chinese takeouts. 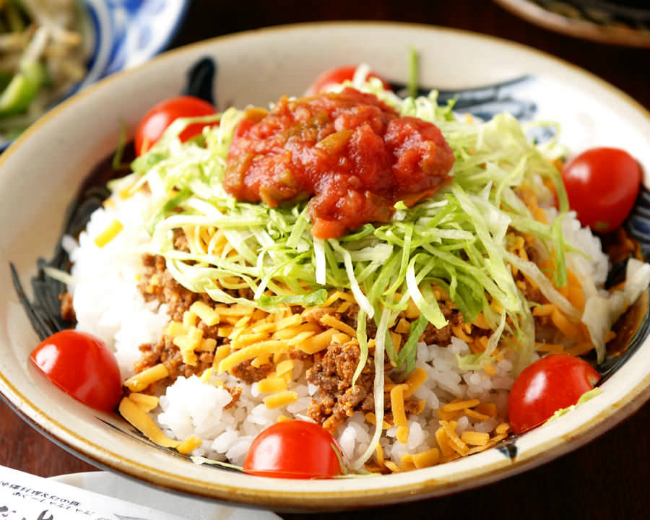 Mexican food arrived on Japan’s radars much later than many other foreign cuisines. In fact, in the 1980s, the first Taco Bell chain to open in Japan reportedly failed because locals confused the word “taco” for the Japanese word octopus (tako) found in in takoyaki—imagine going to your local Taco Bell for breaded octopus balls instead of a chalupa. However, Mexican tacosu—as they are called to differentiate them from the cephalopod—have recently become a lot more popular in Japan thanks to a dish called takoraisu “taco rice”. This Japan-style Mexican food comes from the southern island of Okinawa, where the U.S. military presence has influenced local cooking. However, taco rice is definitely more Tex-Mex than Mexican, relying on ingredients like ground beef, salsa, and cheese to create a Mexican-ish flavor. The beef is typically seasoned with Worchester sauce and, of course, ketchup and then served on a bed of white rice with shredded lettuce, tomato, cheese, and salsa.

If you’d like to try taco rice but a trip to Okinawa is out of your budget, here’s a handy recipe so you can make it like the locals do (be sure to check your pantry for ketchup).

For the taco meat

salt and pepper to taste

**For speedy Taco Rice, use any taco seasoning you want! I recommend Trader Joe’s Taco Seasoning!**

1. Brown the ground beef with the diced onion and garlic, and then add the taco seasonings. These spices are recommended for a more Japanese-Mexican flavor, but you can also substitute any taco seasoning mix. Cook until the liquid evaporates.

2. In a bowl, add a serving of freshly cooked white rice and top with shredded lettuce and tomato.

3. Add the cooked taco meat on top of that, and sprinkle with shredded cheese and more chopped tomato.

4. Spoon on some salsa (you’ll want to use thick red salsa rather than a fresh pico de gallo), and top with a dollop of sour cream. To increase the wafu power of your dish, you may want to swap out the sour cream for a poached egg.