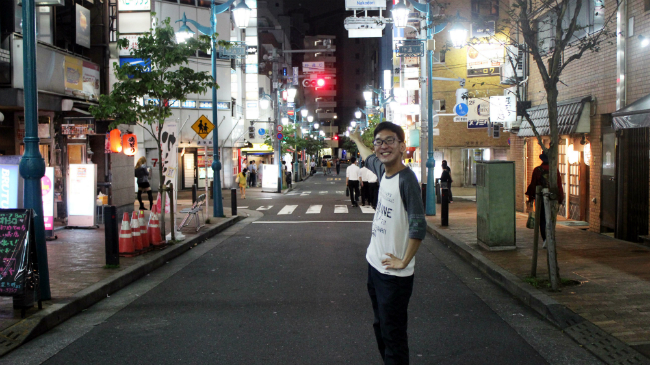 When hunting for Tokyo gay bars, one can do no better than Shinjuku’s Ni-chome district, the heart of Tokyo’s LGBT community and boasting myriad LGBT-managed bars and restaurants for diverse tastes. After introducing you to some bars off the beaten neon trail, we'll give you some can’t-miss tips that’ll give you a leg up on the scene and prepare you for adventure!

Anyone at all familiar with Ni-chome’s thriving gay club and bar scene has probably heard of certain standby hangouts like Dragon Men, Arty Farty, AiiRO Café and GB. These are awesome to be sure, but why stick with them when there’s so much more to see in Shinjuku? We did some digging and discovered 4 other intriguing haunts that are totally worth your time. If you’re hoping to share common perspectives, be more open, and have a blast, these bars are for you!

Bridge is an atmospheric gay bar in Ni-chome. Ninety percent of customers are gay men, but straight women are also encouraged to enter as well. All of the bartenders here are Japanese gay men. Customers are mostly salarymen, office-workers with a median age of 30 to 50. Japan is open to LGBT people compared to many other countries, but alternative sexuality is still a minority issue that many still struggle with here.

Since being gay is anything but a straightforward issue in Japan, bars like Bridge offer a safe haven for customers to unwind and even talk about their own social and workplace struggles if they wish. An evening at Bridge offers interested people an intriguing glimpse into Shinjuku gay culture in particular and Japanese gay culture in general, one that is seldom seen on the Tokyo streets.

Patrons are welcome to hang out together on the balcony. While there are usually chairs during the week, every Saturday Bridge becomes a standing bar. During Happy Hour, the price of all drinks drop from ￥800 to ￥500, yet another a great incentive to give this bar a try.

Best day to visit:Saturday is Women only; Monday is FtM night

If asked about the best lesbian bar Tokyo has to offer, those in the know would likely mention Gold Finger. Every Saturday is women only, absolutely no men allowed; for the rest of the time, it is basically a mix bar with a global ambiance. In addition to Japanese customers, American, British, Australian, Taiwanese, Chinese, Korean and other nationalities can be found drinking together while engaging in the most universal pastime of all: Karaoke!

That’s right, this bar has a Karaoke system so the customers can break out into song whenever they desire. The multinational clientele assures meeting people of different backgrounds, while the use of song and drink as a social lubricant will make it easier to be understood—regardless of national, sexual or gender barriers.

Chiga-san, who has managed Gold Finger since its opening, has chosen exclusively to hire women, and all of the women who currently work here are lesbians. Obviously there is more than one lesbian bar in the Tokyo gay scene, but knowing about even one can be the start of an interesting journey.

Well, there you have it! This small list only scratches the surface of what’s available for the Tokyo gay community, so we encourage you to get out there and explore for yourself. Good luck!

Campy! Bar is a mix bar that welcomes people of diverse genders and sexual preferences with open arms. This bar is a suitable place for an after dinner drinking and chatting with friends, but with one intriguing difference that separates it from many other Tokyo gay bars: It is a drag bar! The drag queens begin to appear around 8:00 p.m.

This is one of the drag queens working at Campy! Bar. Like in countless host and hostess bars throughout Tokyo, his job is to check on customers to make sure they are having a good time, keeping up a constant flow of chatter with everyone. Campy! Bar is highly recommended not only for its amazing service, but for the fun and meaningful conversations one can have with members of the transgender, gay and lesbian community in Tokyo. Whether into drag or simply hoping to chat with like-minded people, curious souls should definitely give Campy! Bar a try.

Cocolo Cafe is a calm and relaxing restaurant in Ni-chome. Although the restaurant caters mainly to the Tokyo gay community, everyone is welcome; many heterosexual couples visit this restaurant as well. True to its name, a variation on ‘kokoro,’ (the Japanese word for ‘heart and mind,’) this restaurant creates a space that allows customers to be just the way they are no matter what other people might think.

The interior fosters a comforting and carefree atmosphere in which everyone, regardless of gender or sexual preference, can let their hair down comfortably. Eighty percent of the staff in this café are LGBT, and 100% of the music is pop songs. As long as both heart and mind remain open, everybody who walks in the door can find something to relate to here.

At Cocolo Cafe, the menu is just as varied as the clientele. Western-style staples like mushroom pasta happily coexist with Okinawan-style Taco-rice, pictured at right. Taco-rice is one of the restaurant’s most popular items, a coveted dinnertime favorite. The drink menu also features diverse options, such as various herbal and fruit teas, that are highly recommended especially for health-conscious customers. Finally, those hoping to forgo the typical coffee chain store in favor of something a touch more exotic are in luck: Vietnam coffee is their most popular drink.

Finally, whether coming or going, don’t forget to stop by the café entrance, a hub of information listings and event fliers pertaining to goings-on in the Tokyo gay community. Highlights include LGBT club events and announcements about the Rainbow Pride Festival held once a year; there are even notices concerning various smart-phone applications useful to the gay community. Visit Cocolo Cafe—and find out why they have your interests at heart.

Getting around Shinjuku Ni-chome is pretty easy with three nearby stations joining several major train routes to Tokyo Metro's Marunouchi line, which runs directly underneath Ni-chome: Shinjuku Station, Shinjuku San-chome Station, and Shinjuku Gyoen-Mae Station. But what awaits you once you after you've made your way to Shinjuku's Gay District may be a little more difficult to navigate. To help you out, check out our 5 tips below for foreigner tourists.

Many people are unfamiliar with the charge fee system, so here’s the lowdown: Like many bars throughout Japan, Tokyo gay bars sometimes require that the customer pay an initial fee just for sitting down; that’s before drinks or food! As the system varies depending on each individual bar and situation, check it out before entering, either by talking to a staff member or looking carefully at the signs outside.

In the Internet age, most people expect that everything is just a screen-touch away—but when it comes to gay bars in Tokyo that is not always the case. In fact, not a few bars don’t even have an online presence, relying instead on word-of-mouth. To find something truly out of the way, you may simply have to ask around—or stumble into it, whichever comes first. That said, while random exploration may be fun, as you’ll see below it’s not always wise.

Tip #3: Subculture Bars Can Be Strict

To paint Ni-chome simply as “the Shinjuku gay district” is to use too large a brush. Beyond gay, lesbian or even transsexual distinctions, the Tokyo gay scene has subcultures of every stripe—from bars for people who like skinny guys (“gari-sen”) old guys (“fuke-sen”) and yes, even hirsute men (“kuma-sen,” or literally, “people who prefer bears.”). While people are generally friendly, these subcultures are taken seriously: If you walk randomly into a bar that caters to a specific preference without either having that preference yourself or fitting that description, keep in mind that you may be denied service or even asked to leave.

You might want to start with more broadly welcoming bars like those mentioned above, move to “gai-sen” bars specifically for people who like foreigners, and go from there.

While Ni-chome is just a simple jaunt from Shinjuku Station, navigating the district itself once you get there is a different matter. Some bars are housed in ordinary-looking office buildings and are therefore not immediately obvious; some are simply tucked away inside nooks and crannies that you’d never think to look into. Still others may be hidden in plain sight, but unnoticed by you because you don’t read Japanese, and all this even when you know the address, which even natives might have difficulty locating! Unless you either bring a GPS-equipped smartphone or are supremely confident in your directional skills, you might want to consider following our last tip.

Many of the problems a Ni-chome tourist might experience—from dealing with charge fees to navigating the gay district and all its many subcultures—can be solved or at least greatly helped by taking a Japanese friend (or friends) along with you. While Tokyo is certainly Japan’s most international city, English is still not as widely spoken as you may expect. Moreover, just being a foreigner or an unknown quantity may literally close doors for you in some places; some of the more exclusive spots require a personal recommendation before admittance.

If all of that sounds daunting, don’t despair—you can start with the less exclusive and foreign-friendly bars above before digging too seriously into the scene. Happy hunting!