Many a visitor to Japan has been bewildered when they go out for food and drinks and receive a dish that they didn’t order—and then are charged for it too. In Japan, this dish is called “otoshi”, also known as “tsukidashi” in the western Kansai region, and it’s a sort of indirect cover charge for bars and places that serve alcohol, similar to the “coperto” service fee charged in Italy.

Otoshi are a widely accepted practice in Japan and is even written into Japanese law. If you’re planning a trip to Japan, here’s some answers to questions you may have about this Japanese custom. 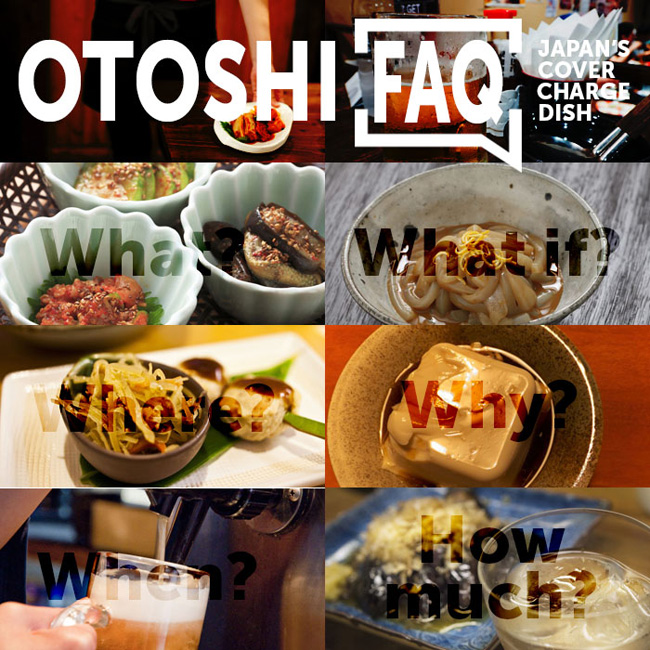 The Ins and Outs of Japanese Appetizers, Otoshi

What Kind of Restaurants Serve Otoshi?

Otoshi are commonly found at bars and other establishments that serve alcohol, particularly izakaya, a type of Japanese gastropub serving food along with beer and other alcoholic beverages. Although the food served at izakaya can be fairly high quality, an izakaya is still considered a bar in Japan rather than a restaurant. Fast food restaurants and restaurants with fixed prices for set meals, such as kaiseki dining, typically do not require otoshi. 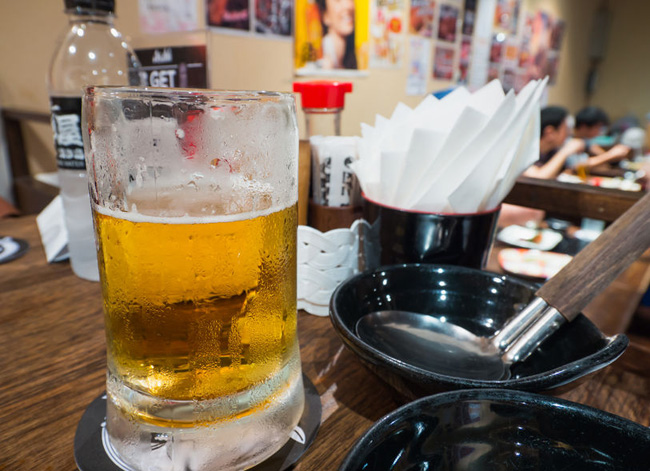 Why Are Otoshi Served?

In Japan, it’s customary to enjoy food and drinks together. However, since there is usually a delay between the time an order is placed and the food arrives, izakaya typically offered a small dish of food together with the customer’s first drink--a type of Japanese appetizer. This small dish whets the appetite while the food was being prepared, and was also a way for the kitchen to confirm that they had received the customer’s order. Over time, otoshi became a standard custom for some bars and other types of restaurants. Additionally, because patrons sometimes sit for hours nursing one or two drinks, otoshi are a way for an establishment to recover the costs of customers occupying space at a bar or izakaya for an extended period of time and just consuming drinks. 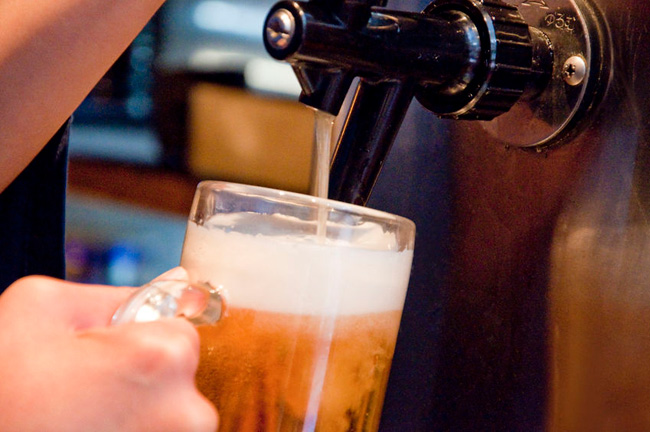 What Are the Benefits of Otoshi for Diners?

There are several benefits to the custom of otoshi. Firstly, as they’re brought out right away with your first drink, even before any appetizers arrive, if you’re hungry otoshi is perfect for taking the edge of a ravenous appetite. Having some food is especially important when out drinking alcohol. Aside from these curbing hunger and preventing drunkenness, otoshi are also a great way to sample new dishes and foods that you otherwise may not have ordered for yourself. 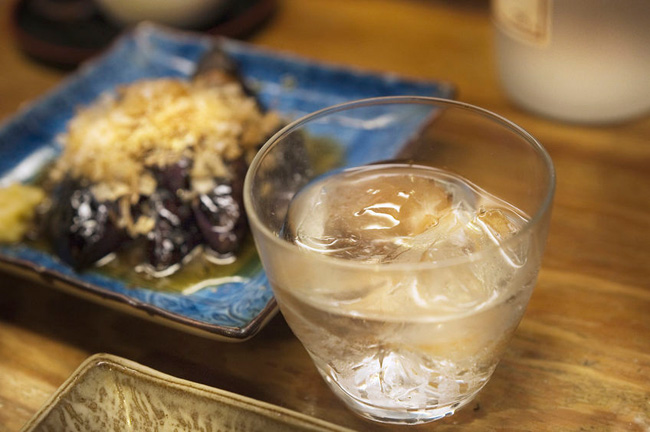 What Are Some Typical Types of Otoshi?

Otoshi tend to vary by day and may be items that are not listed on the regular menu. Common otoshi items include nimono, a dish of simmered meat or vegetables; pickled items like tsukemono and kimchi; and salads like potato salad or traditional Japanese salads. Other items include grilled or simmered fish and shiokara, a delicacy of fermented squid guts that goes well with liquor. 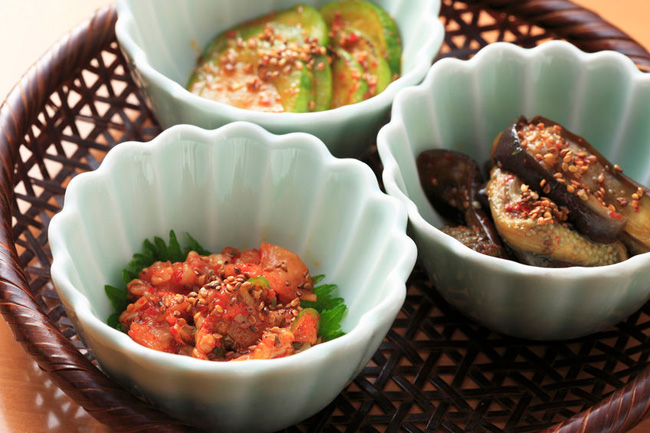 Can I Refuse Otoshi?

It’s very uncommon to refuse otoshi in Japan, as there is an understanding that the fee goes towards the livelihood of the restaurant staff—similar to the practice of tipping after a meal in other countries. At most izakaya, the otoshi is simply offered upon your first drink being brought to the table. In that case you are actually allowed by law to refuse it—you’ll need to let your server know when they bring the dish to your table, not at the end of the meal after receiving the bill. In this case, you can use the phrase, “Otoshi iranai desu.” If you are explicitly informed of the otoshi or any other minimum food and drink requirements before being seated, then you are required to accept it as part of the bilateral agreement for entering the restaurant. 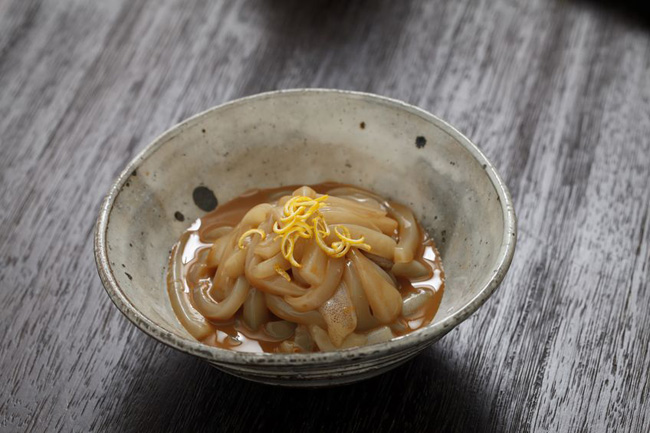 Can I Order a Different Otoshi?

There is usually only one otoshi per day, which is decided by the bar or restaurant. What is offered may vary day to day, and the dishes often showcase particular ingredients that are in season at the time. In some restaurants, you may be brought a selection of otoshi, from which you can choose one. If you have a specific food allergy, let the waitstaff know, and in some cases they may be able to offer an alternative otoshi or simply waive it for you. 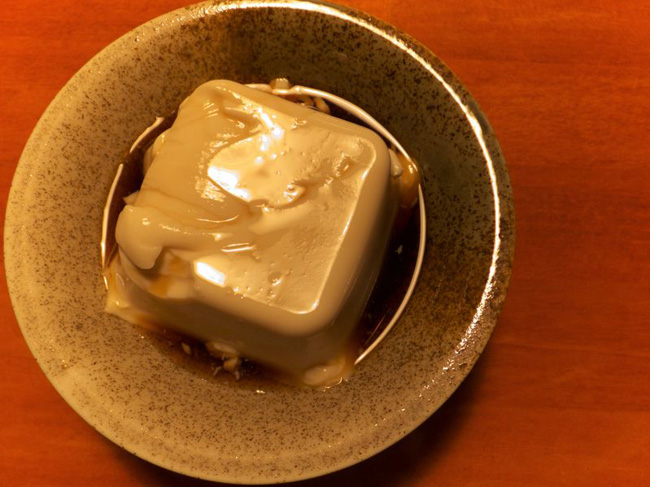 Do I Have to Eat Otoshi?

You are not required to eat the otoshi. As these Japanese appetizers are an integral part of dining out across the country, there is no offence taken by restaurant staff if otoshi are eaten or not. However, whether you do or don’t eat the otoshi, if you have not refused it you will be paying for it—so why not give it a go! If the waitstaff don’t inform you as to what the otoshi dish is when they bring it out, you are more than welcome to ask. Otoshi are great way to learn about some new and unique dishes in Japan. 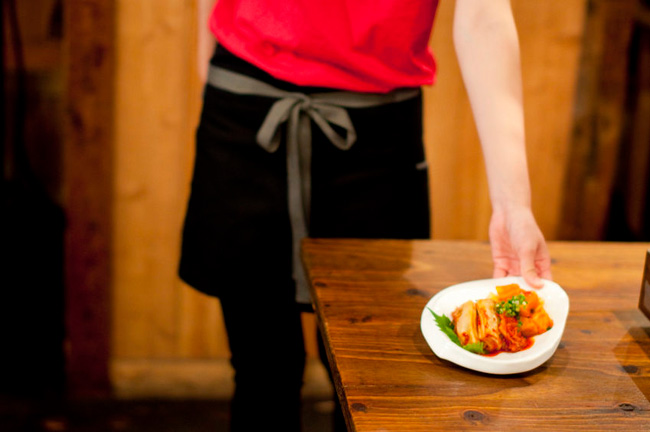 Can I Order More Otoshi?

Although it’s not common, some restaurants may offer refills on items like miso soup, raw cabbage, or even otoshi—so if you’ve really enjoyed it, it’s best to ask. If the otoshi is an appetizer offered on the menu, then you can order another round as an additional item added to your order.

How Much Am I Charged for Otoshi?

Otoshi prices vary by the establishment, but usually fall in the range of 300 to 700 yen, or around 10% of the average price per person. In Japan, you are not expected to tip your servers—in fact, tipping may actually confuse or be refused by your server. So if you come from a country with a tipping culture, you can see it as a sort of built-in tip or table charge.

Table Charge Dishes at Restaurants in Japan Are Tasty and Convenient

If you don’t have any special dietary restrictions or allergies to worry about, then it’s worth it to try any otoshi you encounter, even if it’s not something that you would have ordered for yourself. Otoshi are the a perfect opportunity to experience another country’s unique dining culture—and you might even find a new ingredient or dish you enjoy out of the experience, too!