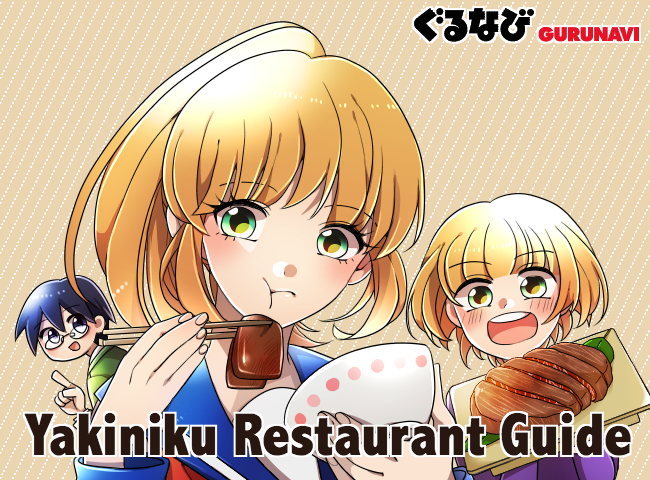 When people think about Japanese cuisine, the first things that come to mind may be sushi or ramen, but there are so many different foods to try and with each dish you can learn more about the culture and flavors of Japan. Yakiniku, or literally grilled meat, is a must-experience restaurant style in Japan. Unlike steak in Western cuisine, the meat and the offal are cut into bite-sized slices beforehand, and each slice is placed individually on a grill net or hot plate. 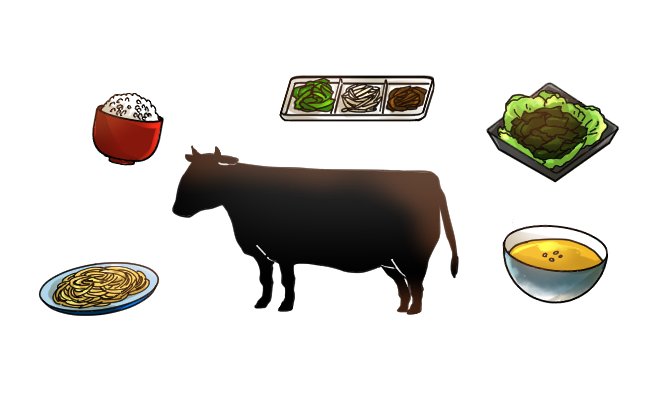 Now you can find yakiniku restaurants all over the country, but that was not always the case because this popular cooking style is not originally Japanese. Yakiniku was introduced into Japan by Korean immigrants during the Showa era, but has taken on a 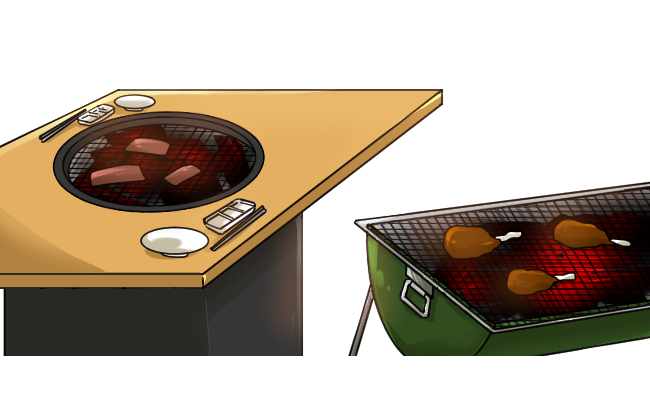 When you sit down in a typical Japanese BBQ or yakiniku joint, some things might be different from what you’re used to. First off, your grill or BBQ will be right there, in the middle of the table.

Second, you can choose various cuts of meat, but all will come to table thinly sliced and most are not marinated in advance. Meat may already be garnished with simple seasoning like salt and pepper, but other sauces or flavors are added after grilling to the taste of each member of your group, allowing everybody to cook their meat, and choose their dipping sauces and other condiments to suit their own style. This cooking whole new flavor profile as it has been adapted to Japanese tastes. Korean style yakiniku restaurants also serve kimchi and naengmyeon (cold noodles with dressing). One of the best parts about yakiniku is that, quite different from a steakhouse, at these casual Japanese BBQ spots diners can try bite-sized meats and choose several different cuts and quality in the same meal. Yakiniku can also be eaten at home, but Japanese people often go to restaurants to celebrate special events or for an extravagant meal. Yakiniku is very communal, enjoyed around a tabletop grill and indoors. Get ready, true carnivores--this brief guide will tell you all you need to know about yakiniku restaurants.

Japanese BBQ vs Other BBQ

approach is both personal and communal, just one of the reasons why yakiniku is so beloved in Japan.

When you are shown to your table just sit and relax. Unlike a typical backyard BBQ party you don’t have to do any preparation at yakiniku restaurants. There’s no need to light your grill, setup the charcoal or prepare the meats, as all will be done for you. A staff member will come over and get your grill started soon after you order. Of course, you’ll still have to cook your own meat, but that’s actually part of the fun! 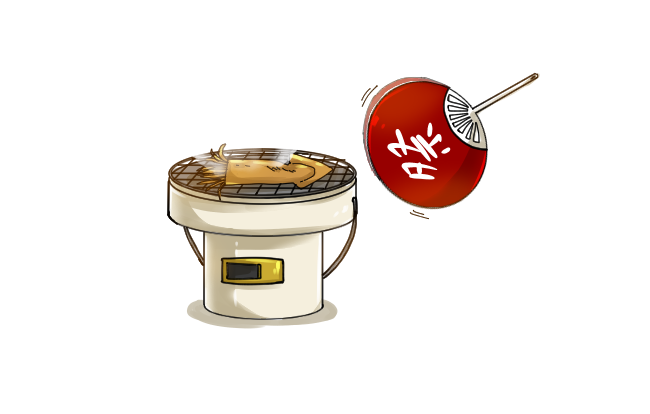 The type of grill at your table may vary a good bit depending on the type of Japanese BBQ place you visit. The most common types are sunken in the center, a portable tabletop grill or griddle, or a shichirin, which is basically a more traditional round ceramic tabletop BBQ. Having a grill directly on (or in!!) your table may take some getting used to; do be careful not to touch it once it’s been fired up. The staff will no doubt warn you as well. 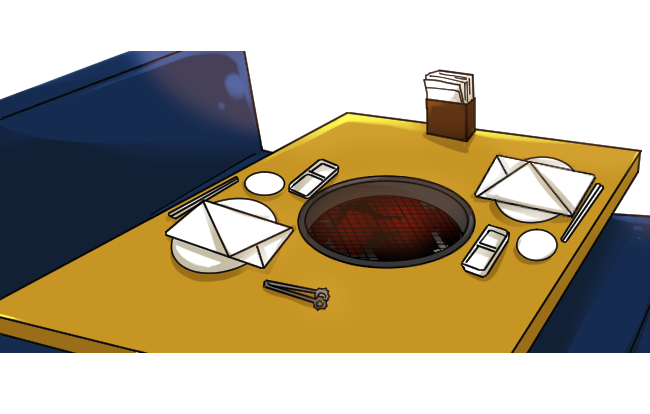 Also on the table you will find chopsticks and cutlery, napkins, various dipping sauces and other condiments. Common sauce styles include a simple soy-based sauce and a creamier sesame-based goma sauce, but the condiments may differ widely as these are signature to each yakiniku restaurant. To protect your clothing from splattering oil from sizzling meats, some Japanese BBQ places may even offer a bib to cover the front of your clothing. Oshibori, a wet towel, is provided at the start of the meal to clean your hands before eating. 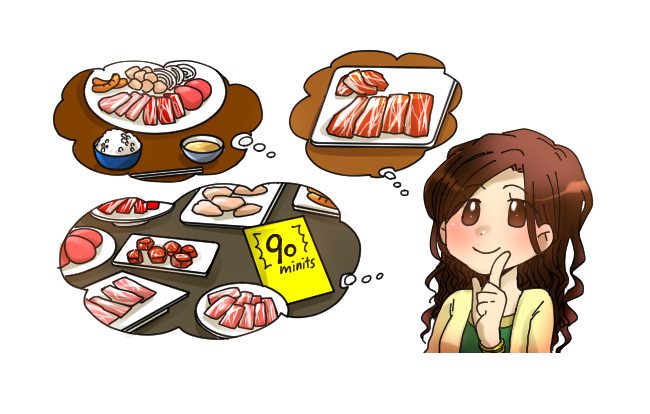 Perusing the menu at a typical Japanese BBQ restaurant, you will see either course or a-la-carte. Most course menus include a variety of course levels with different numbers and varieties of meat, salads, and sides, especially great if you feel like trying a bit of everything. A-la-cart is usually a bit less expensive and means you can focus on your favorites and order as you go depending on how hungry you are.

Happily, not a few yakiniku restaurants actually offer tabehodai (all-you-can-eat) courses! Most of these hugely popular courses are time based, allowing anywhere from 90 minutes or 120 minutes for a certain price. You order the meat as you go along, as each cut is brought on small plates. When you are finished with what you have ordered, you can order more for as long as the time limit lasts. Some include salad bars and soft drink bars and even happy hour beer and cocktail sets. As cooking is communal, everyone should typically choose the same style: Course, a la carte, or all-you-can-eat. 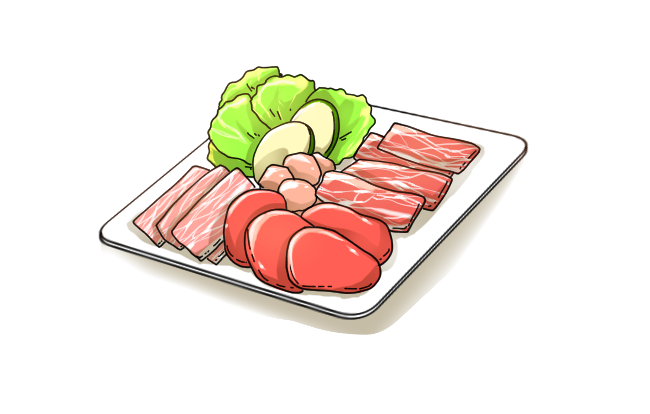 Now that you understand the setup, it’s time to talk about what’s on the menu. Typical Japanese BBQ restaurants will feature a variety wagyu (premium Japanese beef), and sometimes also chicken or pork choices. Of course, trying a varied selection is one of the appealing parts of tableside grilling. Some famous and popular types include karubi, or boneless short rib as well as lean roast (called simply “rosu”) and rib roast, or cuts of meat from around the shoulder and back. Roast is the leaner shoulder meat, while rib roast is closer to the sirloin and has slightly more marbling. There are so many delicious choices to make! Along with your meat, most menus include salads, kimchi, and often corn, mushrooms, bell peppers and other vegetables for grilling.

How To Cook and Eat Yakiniku 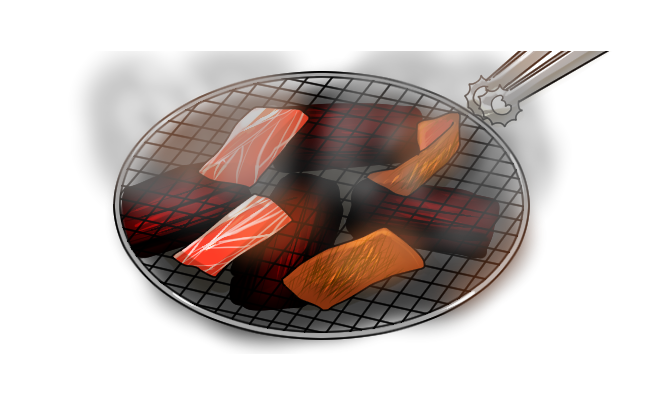 To make sure your grilled meat is at its most delicious, first make sure the grill is good and hot. Place your meat on the grill with the tongs provided. Take turns grilling, making sure that everyone at the table gets to experience the fun of cooking together. When the underside of the meat starts sizzling after about 15-25 seconds, it is time to turn it over. One flip is enough, as any more than that and the meat will become dry and less tasty. Now it is up to you! Some like it cooked rare, some like it well done. You get to cook your meat to your favorite temperature and you can even try out different levels of doneness as you go along. One or two pieces of meat per person is best, so try not to crowd the grill. When your meat is grilled to your liking, you can bring out different flavors in the meat by trying the various sauces on hand. It’s another great way to add a tasty personal touch to your Japanese BBQ experience.

If you’re ordering vegetables, cook the root vegetables like potatoes and carrots first, then pumpkin and thicker vegetables, followed by thinner ones like cabbage and green peppers. The first round of vegetables should typically be cooked before the meat, but as the night goes on, the flavor of the vegetables and meat (not to mention the vegetable juices) will mingle wonderfully. Some restaurants will provide leaves of lettuce or cabbage to wrap and eat the meat in, another mouth-watering variation.

At most yakiniku restaurants, everybody pays at the register. Unless you specifically ask to split the bill by saying, “betsu betsu de,” you should be aware that yakiniku bills are typically itemized per group as it is difficult to figure out who exactly ordered what plate of meat for course meals. More often than not one person will pay, and after that everybody does some quick math to see who owes how much. On the way out you may be treated to “kuchi naoshi,” a mint or some gum to refresh your palate after all the meaty-goodness.

Try a Yakiniku Restaurant in Japan for a Entertaining and Tasty Dining Experience!

Japanese BBQ is popular for large as well as small groups. You can order the particular meat and vegetable cuts you like, and cook them just to your preference - plus it’s fun! just one of many tasty communal dining experiences that give a true window into Japanese culture. Browse Gurunavi’s listings to find a yakiniku restaurant in Japan.