10 of the Most Bizarre Japanese Ice Cream Flavors Flavors

10 of the Most Bizarre Japanese Ice Cream Flavors 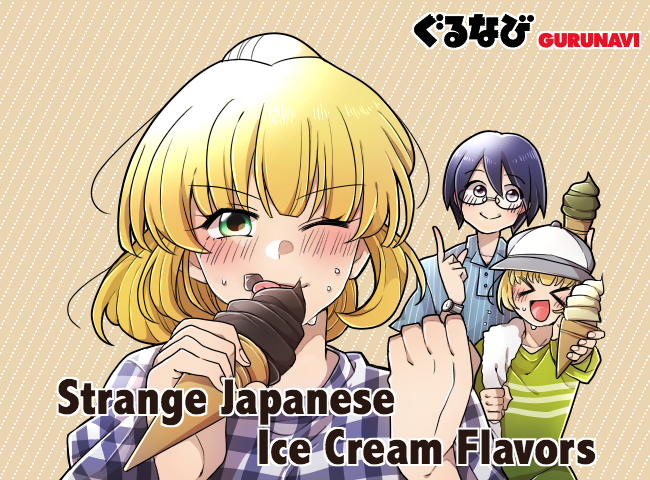 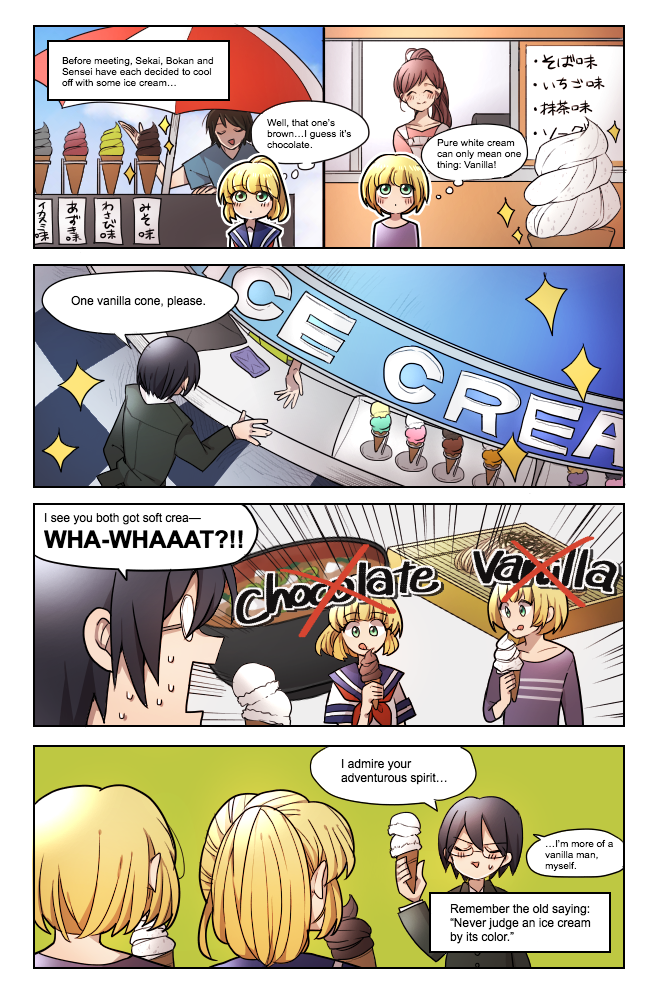 Frozen desserts are a favorite treat in Japan, from traditional Japanese desserts like kakigori shaved ice to foreign imports such as fruit parfaits. Many desserts have taken on Japanese characteristics, like yukimi daifuku (ice cream wrapped in a mochi rice dumpling), and soft serve ice cream, which is known as sofuto kurimu (“soft cream”) and comes in a variety of uniquely Japanese flavors.

Soft serve ice cream was introduced to Japan in the 1950s along with modern refrigeration, and Japanese people quickly fell in love with this delicious whipped treat. Before long, soft serve ice cream was being created with Japanese ingredients and flavors to appeal to local tastes. While you may already be familiar with flavors like matcha green tea and black sesame, there are plenty of other—more unusual—Japanese ice cream flavors to be discovered. 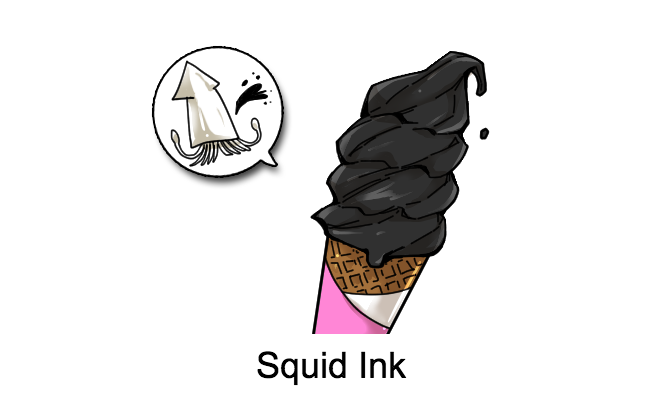 Ikasumi, or squid ink, started out as a bit of a novelty ice cream flavor in Japan but is becoming more and more common. The squid ink has a slightly fishy taste and gives the ice cream and shocking black color—this is one for the adventurous eater! 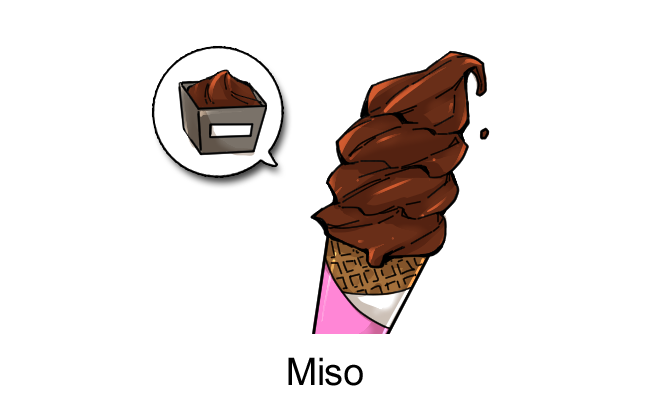 Miso is a traditional Japanese ingredient made from fermented soybeans. It’s very salty and when used in ice cream has a sweet and salty flavor similar to salted butterscotch. 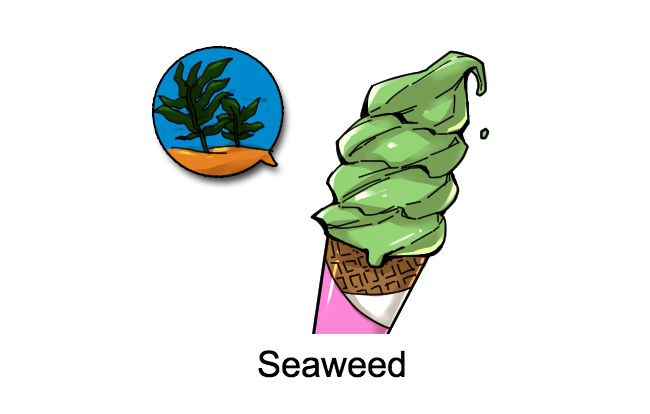 With the importance of kelp and seaweed in Japanese cooking, you shouldn’t be too surprised to find ice cream flavored with kombu and wakame or sprinkled with powdered nori seaweed. Kombu and nori offer a creamy flavor while wakame asserts its oceanic flavor a little more boldly. 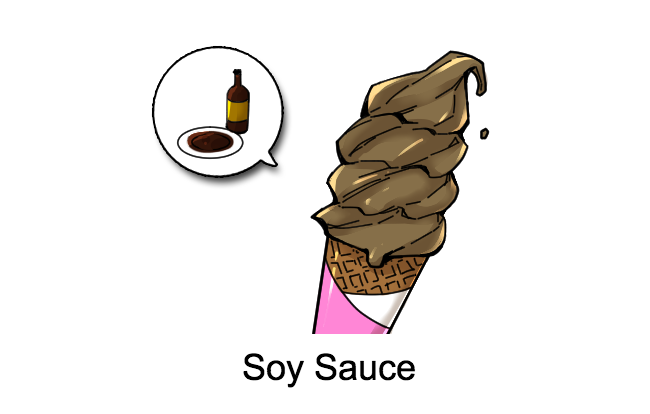 The maker of a popular Japanese brand of soy sauce has been trying to promote soy sauce flavored ice cream as well as soy sauce as an ice cream topping. The saltiness of soy sauce provides a caramel-like flavor when paired with sweet vanilla ice cream. While the idea hasn’t quite taken off yet, it’s certainly a unique Japanese flavor. 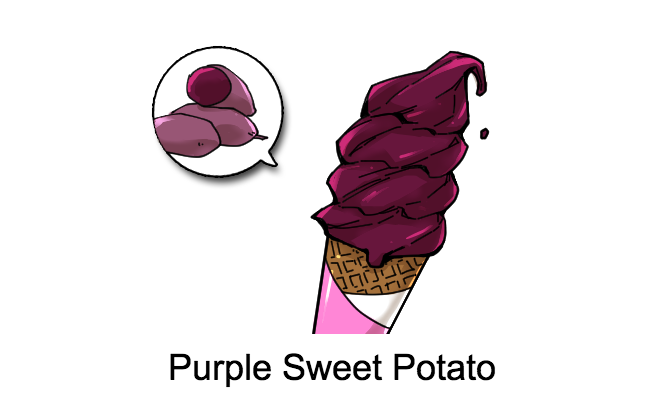 Beni-imo, or purple sweet potato, is a popular ingredient from the Okinawan islands, where it’s featured in a famous local dessert tart. Earthy and sweet, beni-imo tastes just as delicious frozen in ice cream—plus it has an enchanting bright purple color. 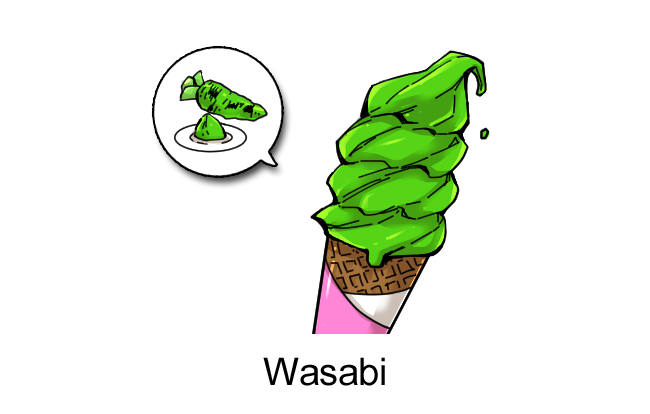 You may associate wasabi with sushi, but in Japan it’s also available in sweets, such as wasabi-flavored Kit Kats, and wasabi ice cream. While the pureed wasabi that you’re probably used to has a stinging, concentrated spiciness, ice cream made with freshly grated wasabi has a gentler, spicy aftertaste with a surprising hint of sweetness. It’s odd, but worth a try. 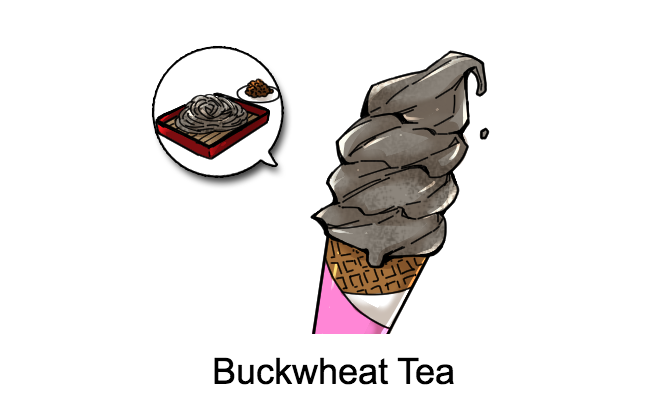 Most people outside of Japan have tried or at least know about Japanese green tea, but buckwheat tea (called “soba-cha”) is another kind of tea commonly drunk in Japan. Like green tea, buckwheat tea can be used to make ice cream. The flavor is similar to soba-cha—quite delicate, with a cereal-like flavor. 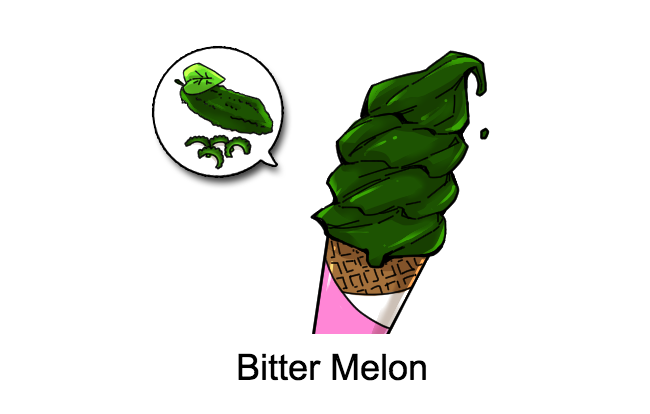 Goya bitter melon is another ingredient from the Okinawa region. As the name suggests, it has a bitter flavor that makes it a really unique kind of ice cream! 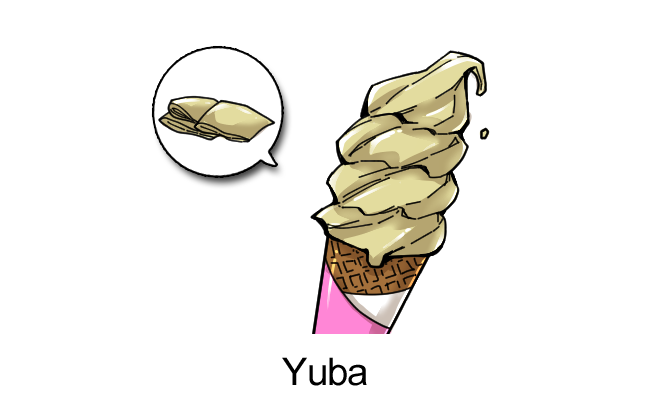 Yuba is delicacy from Kyoto that’s made from the skin that forms on top of soymilk as it’s heated for making tofu. It has a delicate, creamy flavor that tastes amazing in ice cream. Yuba is a fairly uncommon ice cream flavor, so be sure to keep an eye out for it the next time you’re in Kyoto. 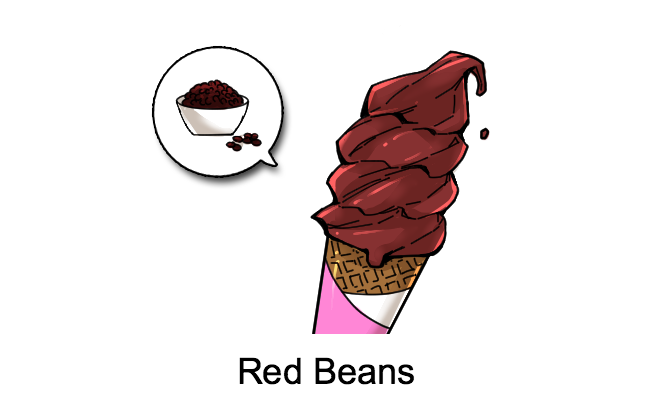 Sweetened red bean paste, known as “anko”, has been enjoyed in Japanese desserts for hundreds of years. It was first introduced to Japan via China in the 1300s and is used in everything from traditional Japanese sweets to cakes and ice cream.


Whether It’s Flavored With Buckwheat Tea or Soy Sauce, Japanese Ice Cream Can Be Both Weird and Wonderful—Try It and Found Out For Yourself!

Whether you’re looking for an ice cream with a more traditional Japanese flavor like red bean, or something a little more daring like wasabi, there are plenty of interesting and unusual ice cream flavors to try in Japan. Why not cool off this summer with a new flavor? Itadakimasu!