A Guide to Shinnenkai: How to Welcome the New Year in Japan

A Guide to Shinnenkai: How to Welcome the New Year in Japan 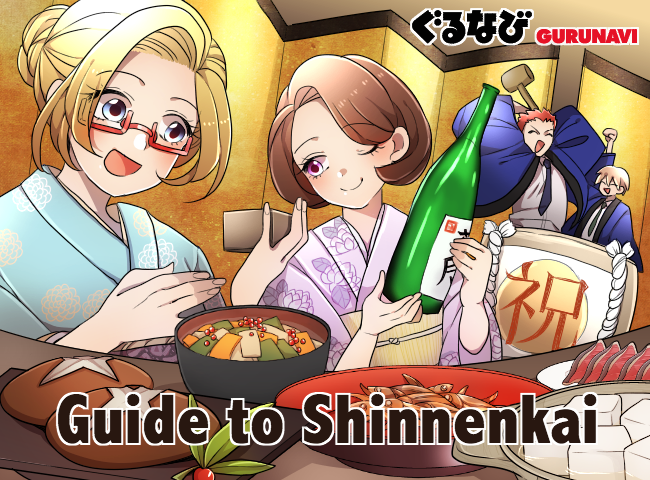 The year-end to new-year period in Japan is a rare time of year when most people have considerable time off work. Despite this, it’s typically an extremely busy time given the amount of family, social and work customs to follow and events to attend. The most prevalent of these work and social festivities are known as “bonenkai”, parties to celebrate the end of a year, as well as “shinnenkai”, parties to welcome the new year.

Similarities and Differences with Bonenkai 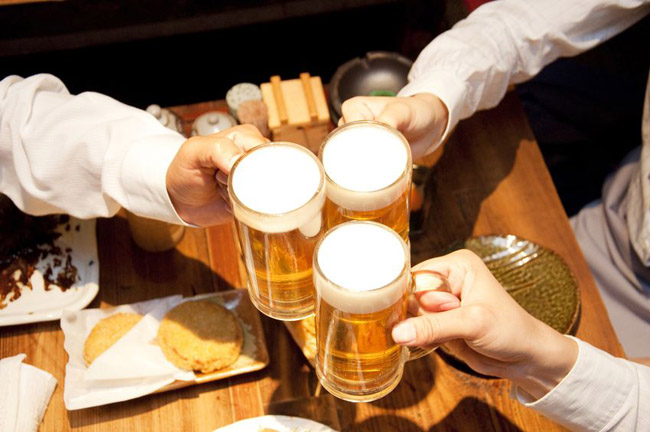 Held in December, bonenkai—literally meaning a “forget the year party”—are about reflecting and letting loose a little after a year of hard work, and are therefore typically more rowdy, casual, and drunken affairs than shinnenkai. Shinnenkai are held during January, and have a forward-looking focus. This means they often are more serious and slightly more formal events, particularly if a company or group is holding both bonenkai and shinnenkai. Usually, senior staff will make a speech about company goals and targets for the new year. In some cases, live taiko drumming or shamisen guitar playing may take place to add some traditional Japanese new year festivities and light-heartedness to the occasion. 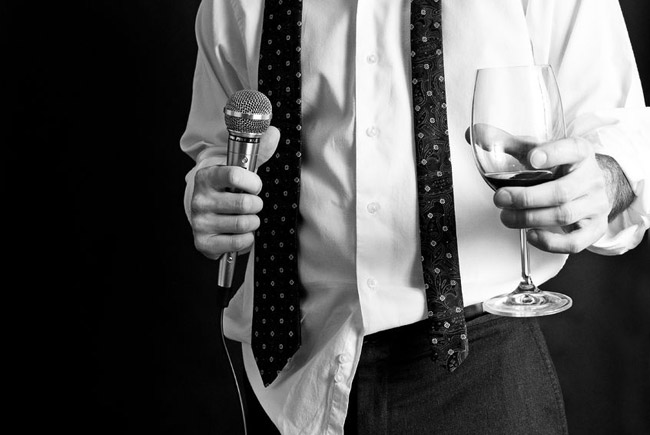 Holding both bonenkai and shinnenkai used to be common, but nowadays, companies and groups tend to hold just one or the other. This saves costs and minimizes commitments at a busy time of year.

The Who, When and Where of Shinnenkai 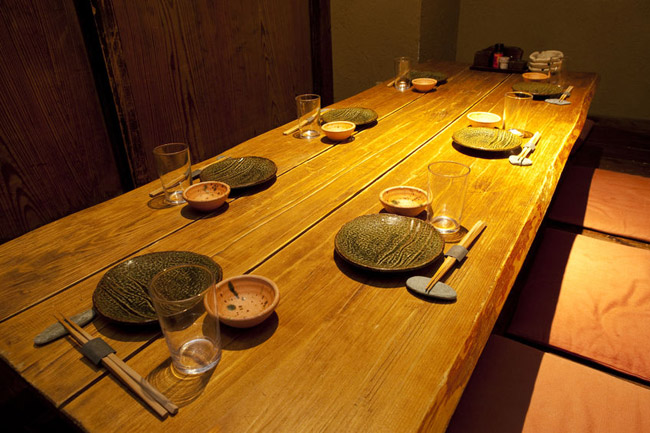 Corporate shinnenkai are held on various scales—they may be company-wide, department-wide, or division-wide. It is also common for classmates, interest groups, sports groups, old classmates and groups of friends to have shinnenkai, to celebrate and share their aspirations for the year ahead. It is now quite common for bonenkai to be more reserved for corporate and club gatherings, and shinnenkai to be for private gatherings.

Shinnenkai are usually held in izakaya (Japanese gastropubs), casual restaurants or event halls—or, for companies tight on budget, they may be hosted in their office. Izakaya and restaurants usually offer special shinnenkai course meals with all-you-can-drink deals for the occasion.

Food and Drink at Shinnenkai 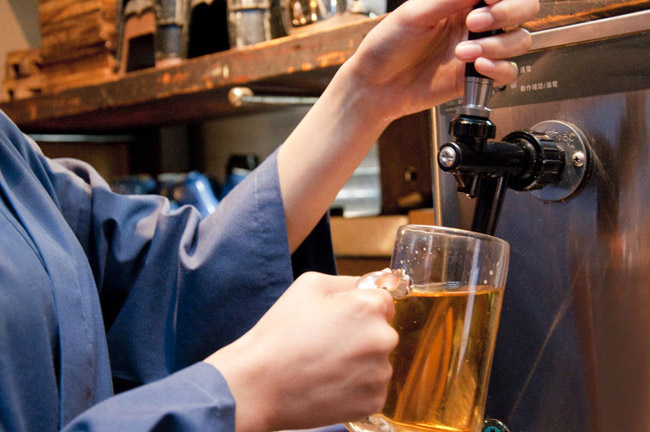 As shinnenkai and bonenkai are occasions to forget the hardships of the past and celebrate the future, they are times when people tend to indulge a little in alcohol consumption. Bosses give their employees a “bureiko” (break) from usual formalities in order to make communication easier and more natural between all members of a company or group. People can relax without the pressures of company hierarchy for an evening, and simply enjoy each other’s company. Sake, with its long history as Japan’s national drink, is basically a must at shinnenkai. It has cultural significance as a drink for celebratory occasions, and one to ward off bad fortune and bring good tidings for the year to come. Other alcoholic beverages may also be consumed, similar to those enjoyed at bonenkai or other social gatherings. 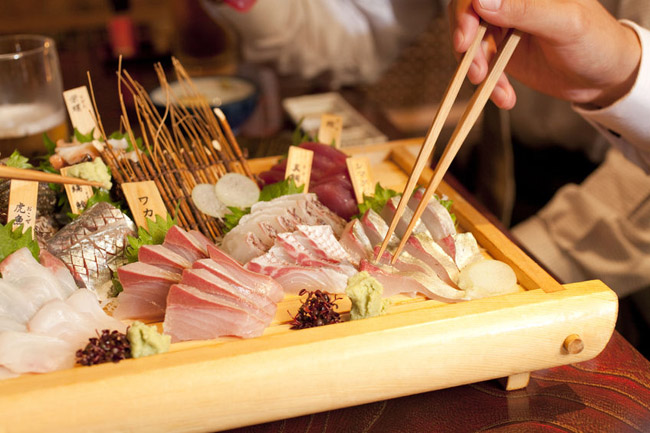 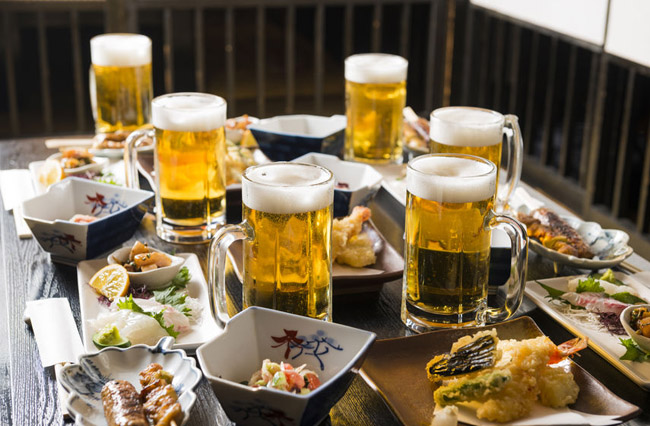 Shinnenkai that are held at restaurants generally feature a range of finger foods. Self-hosted shinnenkai may serve pre-made or take-away food, or if the party is between social groups, a “potluck” system may be used for catering, where each member brings something to share. Traditionally auspicious dishes are often eaten at shinnenkai, as well as mochi rice cakes, a customary food for New Year’s in Japan. 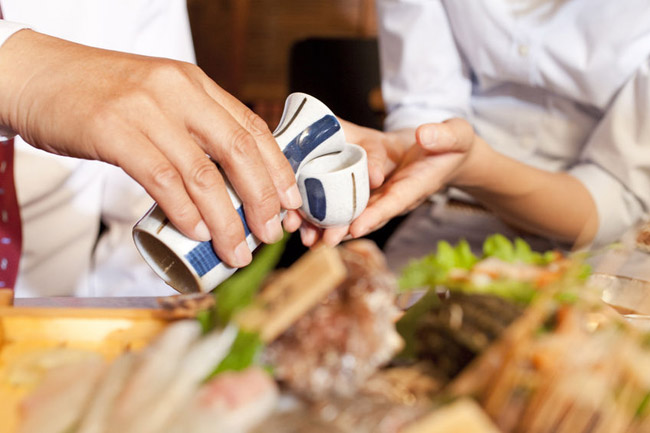 As with any drinking setting in Japan, there are rules and customs to follow.

With the start of a new year, it’s good to take time out to look to the year ahead, and share this moment with people you will be spending time with that year—whether it’s work colleagues, social groups or friends. Meeting in a casual setting to discuss aspirations and have some fun helps see the year off to a good start. Keeping the cultural customs in mind, be sure to make the most of any shinnenkai opportunity you are presented with during your time in Japan.