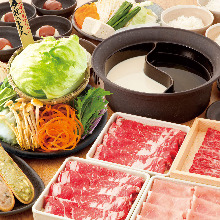 Thinly sliced meat or seafood and others quickly dipped in boiling water or broth. Eaten with dipping sauce. 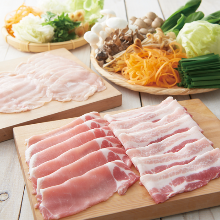 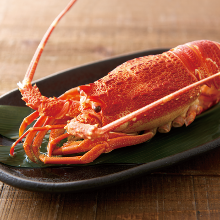