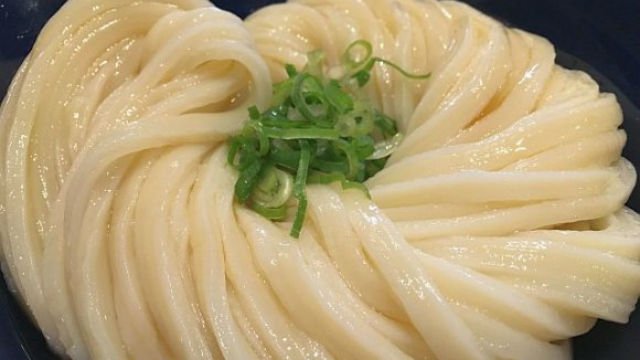 A simple, yet delicious taste, firm to the bite, and a savory soup to go with it: udon, the thick Japanese noodles, have quite a huge following of devoted udon enthusiasts. This love knows no boundaries; from children to office workers to pensioners, everyone enjoys a nice bowl of delicious udon. Let’s take a look at Tokyo, the melting pot of udon creations, Fukuoka, which is also called the birthplace of udon, as well as established stores in Kagawa. Our selection of udon places offers specialties for everyone, be it an old, well-established recipe or a creative, modern noodle creation!

1.The Tokyu Triangle: the Mecca of Udon 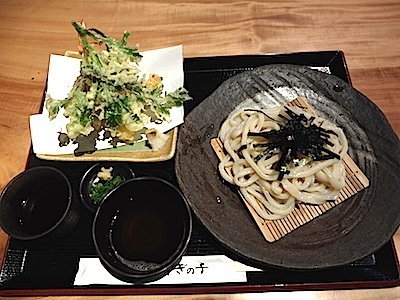 The “Tokyu Triangle” is a triangular area that is tied together by three stations –Shibuya Station, Futakotamagawa Station, and Jiyugaoka Station, and within it are many udon restaurants that Tokyoites often name as their favorites. All of the restaurants in this area serve homemade udon specialties and every pick will be a great one!

One restaurant, for example, will tickle your tongue with delicious sakura shrimp, three types of tempura, as well as miso soup with pork and vegetables along with their firm, homemade udon noodles. Another one focuses on hot, savory soup with plenty of soft chicken meat that, in combination with the chilled udon served separately, creates an amazing flavor when eaten together. A lot of shops also offer their homemade noodles in lunch sets, serving them with a variety of side dishes – no matter when and where you visit the Tokyu Triangle, you can expect a fantastic udon experience. 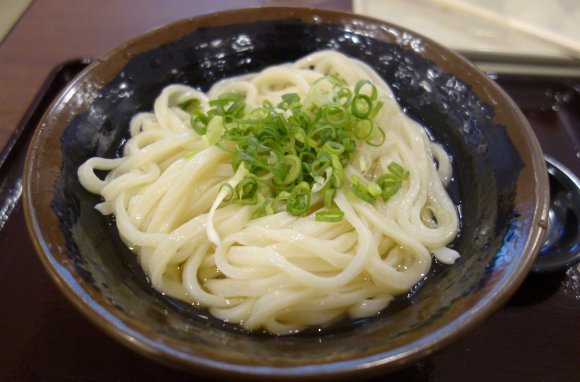 Kagawa Ippuku is, as the name suggests, a restaurant that tracks its origins back to Kawaga Prefecture – which, incidentally, is also known as the Udon Prefecture. Ever since its grand opening, the attention and praise that Ippuku has gained just continues to grow.

This famous, well-established restaurant’s udon are pleasantly chewy, firm to the bite, and deliciously shiny; together with the thick, savory sauce, these noodles make for excellent Sanuki Udon. Apart from amazing noodles, Ippuku is also known for serving great tempura, so be sure to order some on the side!

3.Unrivaled in Texture and Taste: Savoring Sanuki in Shinjuku 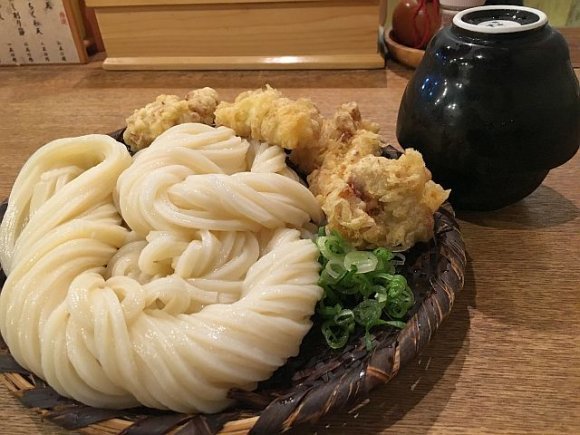 Chewiness is one of the most important factors that defines udon – and Sanuki Udon are on the soft side. This subtle difference does make Sanuki Udon particularly popular, however, and they taste best when freshly kneaded, cut, and boiled.

The restaurant Shin in Shinjuku offers a lot of delicious udon specialties, such as chilled udon called “Zaru Udon”, which are, just as the headline promises, incredibly unique both in texture and taste. Another must-try is the “Ten-kake” in which the soft noodles are put in warm, gentle soup. “So udon isn’t always chewy!” is probably what you’ll think after enjoying a nice bowl, whether warm or cold, at Shin in Shinjuku. 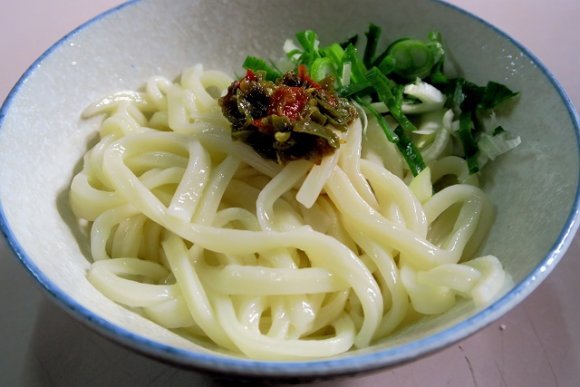 We have already talked about the famous udon from Kagawa Prefecture. The store we’ll introduce you to now, however, is originally from a mountainous area that is neither particularly famous for its udon shops nor udon producers – nor even has many of those. At Beikokuten, primarily a rice dealer, you’ll get to taste some of the best udon you’ve ever eaten!

The noodles to be savored here aren’t served in soup, like many other shops do. Instead, they’re simply eaten by dipping them in a bit of soy sauce which is Beikokuten’s standard udon style. Since the store is especially popular, it can get rather crowded especially on the weekend, with long lines of customers waiting in front of the store before it even opens.

5.Crafted in an Elaborate Fashion: A Marriage Between Udon and Soba 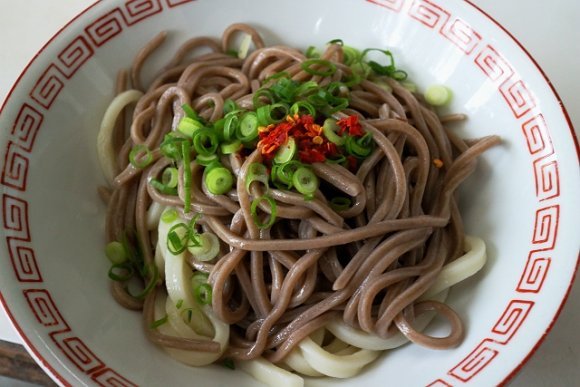 Continuing in Kagawa Prefecture, the home of udon, there is a shop that has once been a noodle factory so hidden away that it is almost hard to find. Also focusing on buckwheat next to udon themselves, Ikeuchi Udonten offers the unique experience to enjoy both specialties together. One portion is being sold for 200 yen and an extra topping of either udon or soba for a very reasonable 100 yen extra.

6.Four Kinds of Shime-Udon: Saving the Best for Last 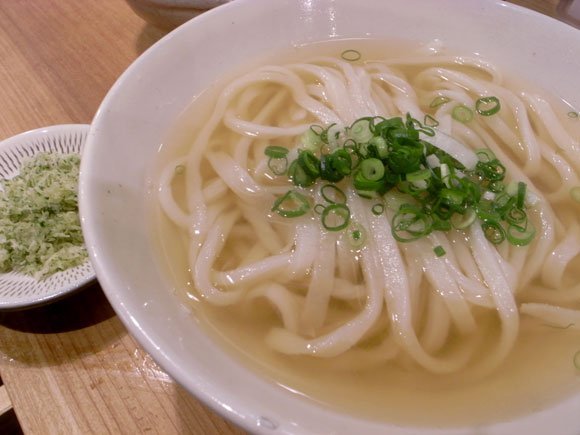 We’ve talked a lot about Kagawa but did you know that the actual birthplace of Udon is, in fact, Fukuoka? As such, the area features a lot of udon izakaya which offer a whole variety of delicious udon creations.

Udon izakaya itself might be quite an unfamiliar expression to some but there are also common menu items, such as motsu-nabe, Japanese hot pot with offal. This specialty is made with udon soup stock, staying true to the tavern’s name, and once all the hot pot ingredients are eaten up and only soup remains, it’s time for shime-udon, which roughly translates to “udon finisher”. This means that udon is put in the remaining stock, along with fried fish cake called satsuma-age, onsen-tamago which is an egg with a hard yolk but soft white, beef stew, or miso stew, and this shime-udon soup is almost better than the initial motsu-nabe itself. Almost. 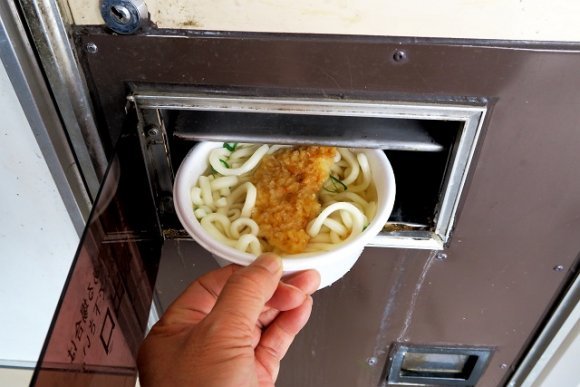 The last spot on our list is a really special one: a vending machine right on Tokushima’s main highway. Vending machines are a common thing throughout Japan, usually selling mainly drinks and snacks – but there are a few extraordinary ones and the “noodle vending machine” is one of those.

It only takes the push of a button and 25 seconds of wait time before you’ll hold a bowl of surprisingly delicious Kansai-style udon in your hands. Receiving the cup from this nostalgic vending machine will take you back right to the Showa era!