9 Japanese Cocktails to Try - From Matcha Hai to Red Eye

9 Japanese Cocktails to Try - From Matcha Hai to Red Eye

Drinking is a large part of Japanese social life, from year-end company drinking parties at izakaya restaurants to spring hanami picnics, where plenty of alcohol is consumed beneath flowering cherry blossom trees. While in recent years has it become more accepted for people to turn down an alcoholic beverage in favor of a soft drink or tea, it is common for people to be expected to consume alcohol in social situations.

A number of flavorful cocktails made with juice, freshly squeezed fruit, and various liqueurs have become popular in Japan for those who don’t or can’t drink beer or heavy spirits, or who are worried about having to work the next day. These are commonly available at bars, izakaya restaurants and sometimes in pre-mixed cans. Read on to learn more about the delicious world of Japanese cocktails. 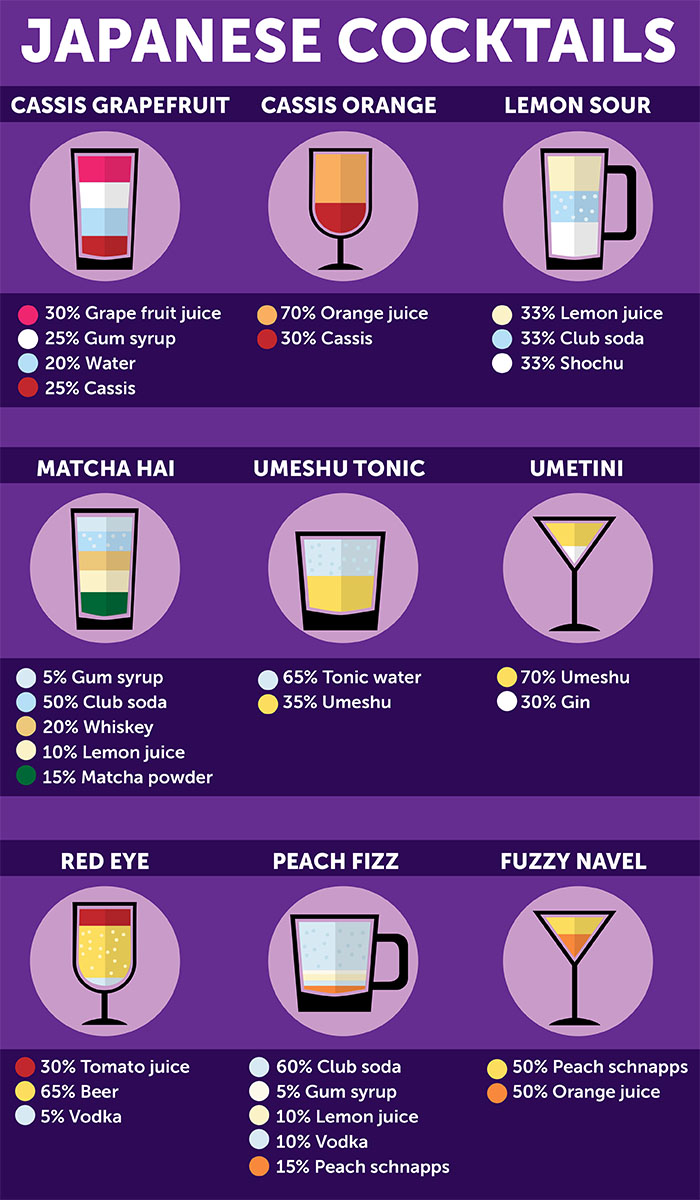 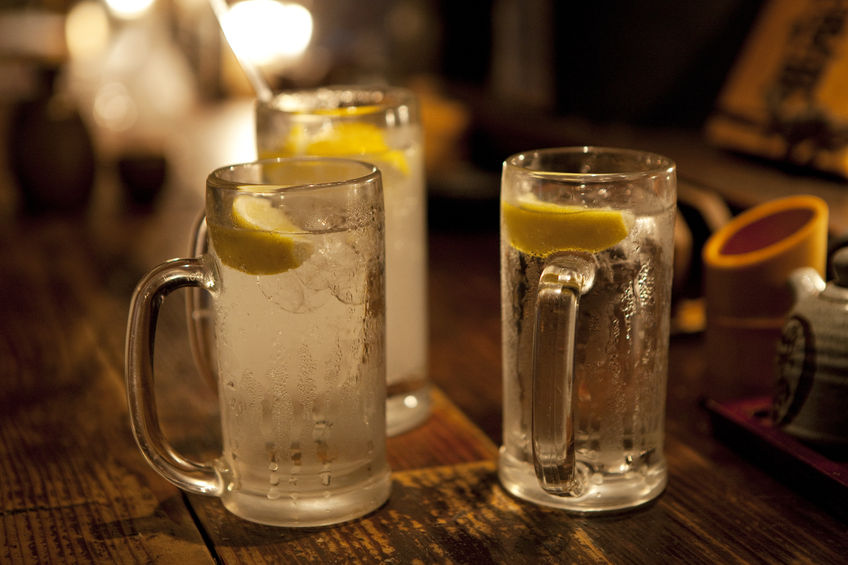 A Lemon Sour is one of the most common Japanese alcoholic drinks. It’s made with shochu, soda water, and the juice of a freshly squeezed lemon. Shochu is a traditional distilled hard liquor from Japan made from grains or vegetables such as sweet potato, rice, or barley. In cases where fresh lemons are not available, a lemon syrup or bottled lemon juice may be substituted. As a “Sour” can be made with pretty much any citrus, Grapefruit Sour is another popular variant. Lime as well as Japanese citruses may also be used, including yuzu, sudachi, and shikuwasa fruit. 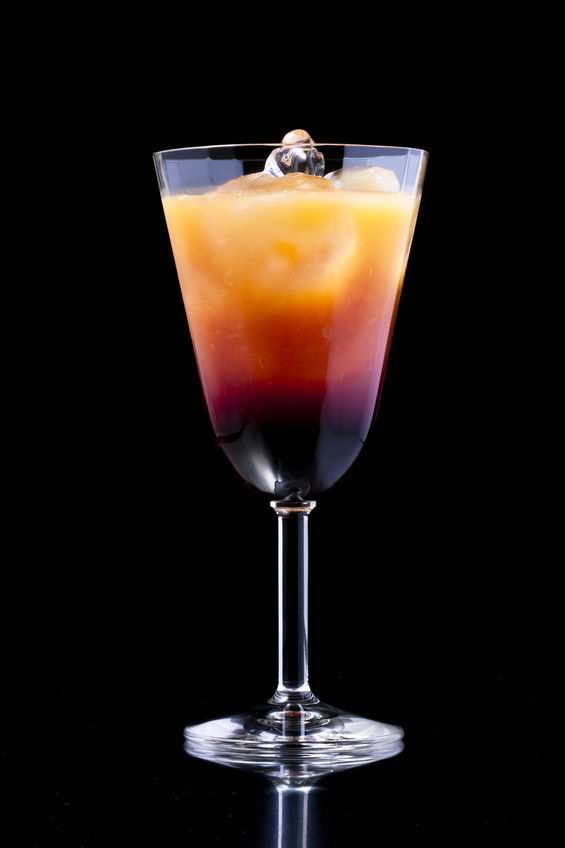 A Japanese cocktail that doesn’t really taste alcoholic, Cassis Orange is similar to Cassis Grape but made with orange juice instead of grapefruit juice. Because of the sweetness of orange juice, a Cassis Orange is a very easy-to-drink beverage for those who have trouble drinking harder alcohol. It’s served in pretty much any drinking establishment that carries orange juice. 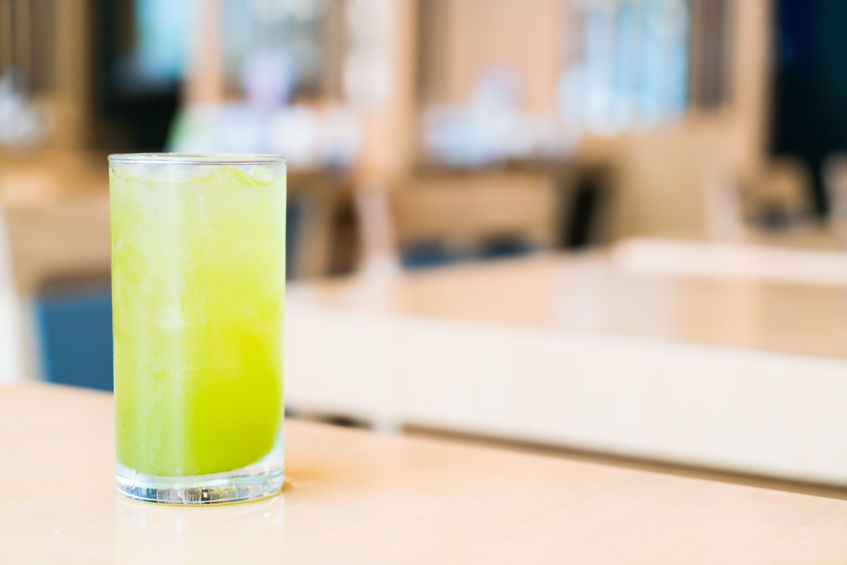 A Matcha Hai is a highball-style drink made with shochu, soda water, and a mixer—in this case matcha tea or green tea, which may be called a “Roku Hai”. Shochu and Japanese green tea can be found pretty much anywhere in Japan, so Matcha Hai and Roku Hai can be ordered in most any establishment that serves alcoholic beverages. 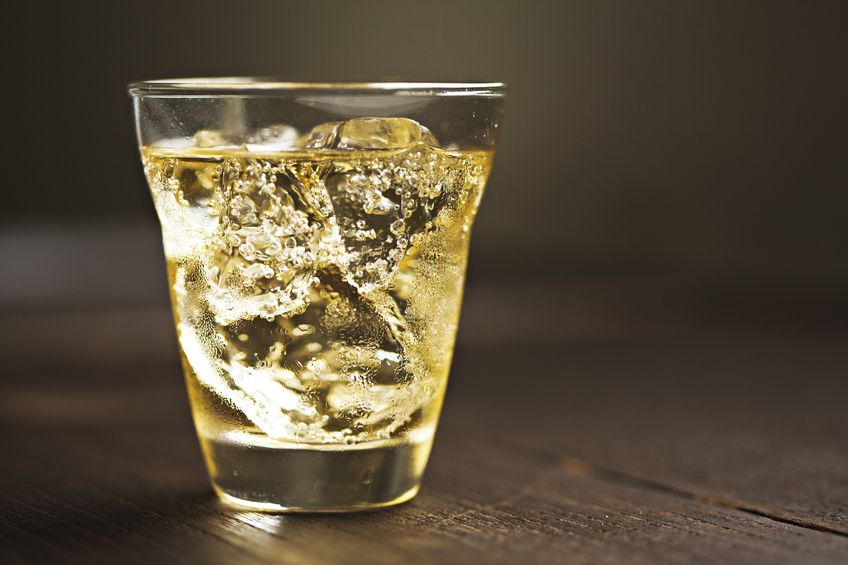 Umeshu Tonic is a popular Japanese cocktail made with umeshu (plum liqueur) mixed with tonic water. Although umeshu is often referred to as “plum wine”, it is not actually wine but a type of cordial because the ume fruit is steeped in spirits. The astringent tonic water provides an aromatic contrast to the heavy sweetness of the umeshu. 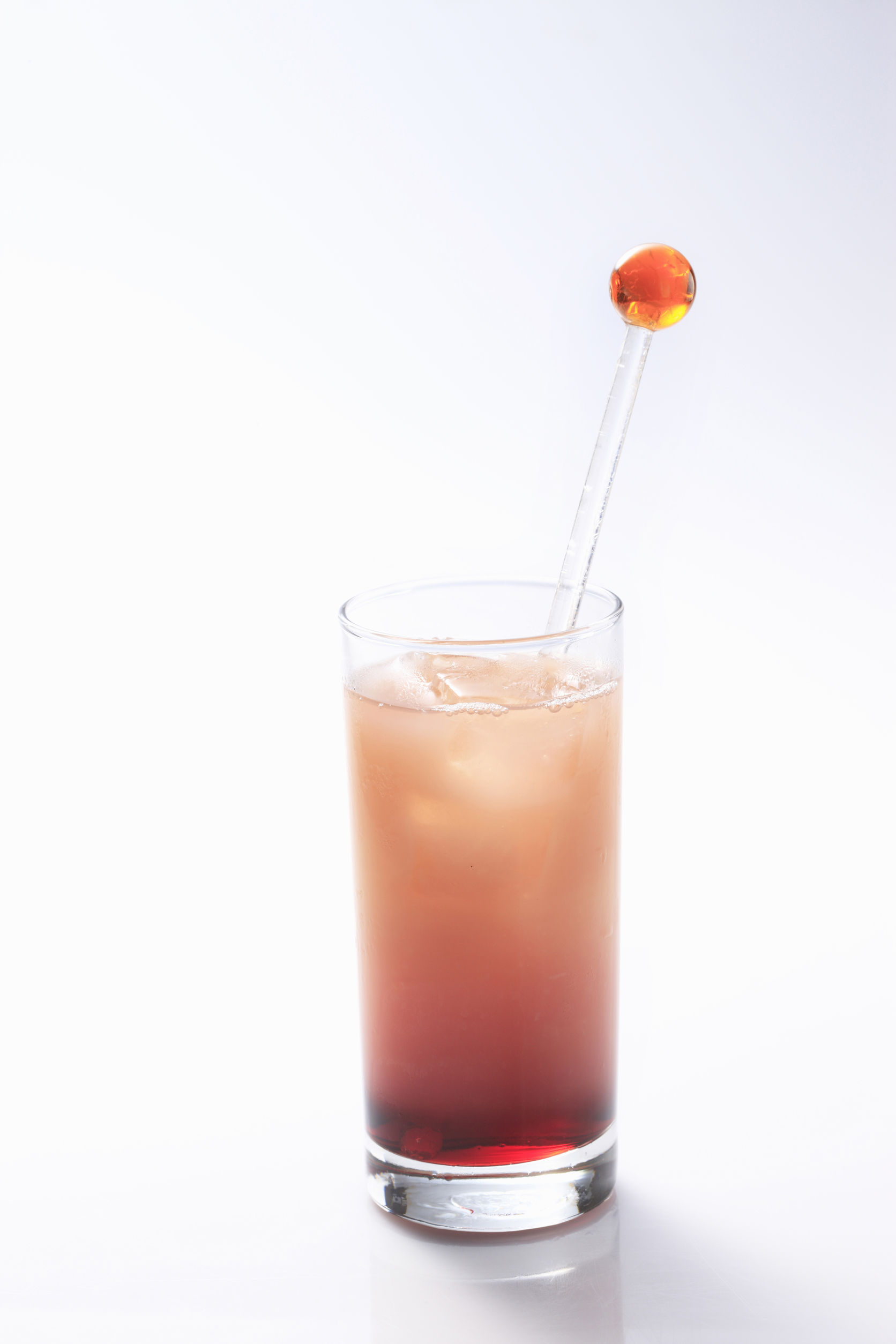 Cassis Grape is a cocktail made with grapefruit juice and crème de cassis, a type of sweet, dark red liqueur made from blackcurrant fruit. It’s a uniquely sweet and sour drink, and has a lower calories than other fruit juices. Cassis Grape is a very common drink that can be found in most bars and izakayas. 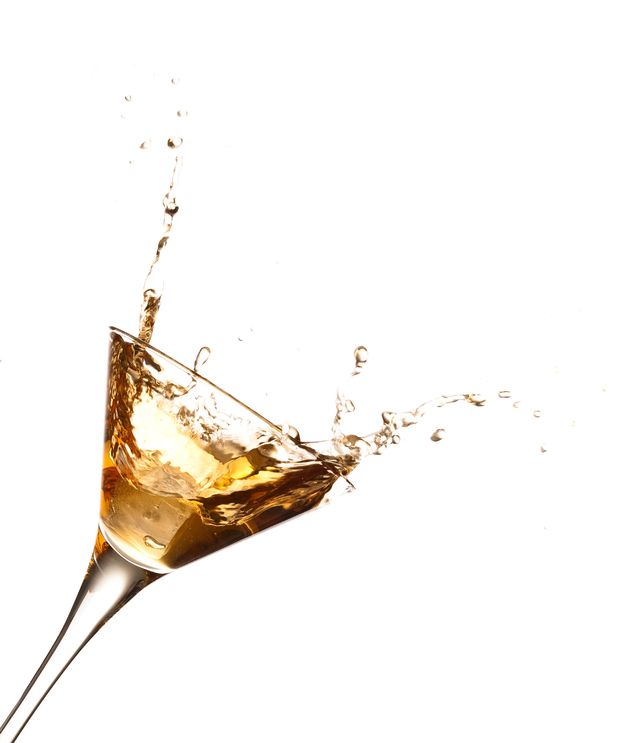 Gin fans will enjoy an Umetini, a cocktail that’s made with seven parts umeshu to three parts gin. It’s a stronger cocktail due to the use of hard spirits and the absence of a mixer, but still very tasty thanks to the flavorful umeshu and gin. 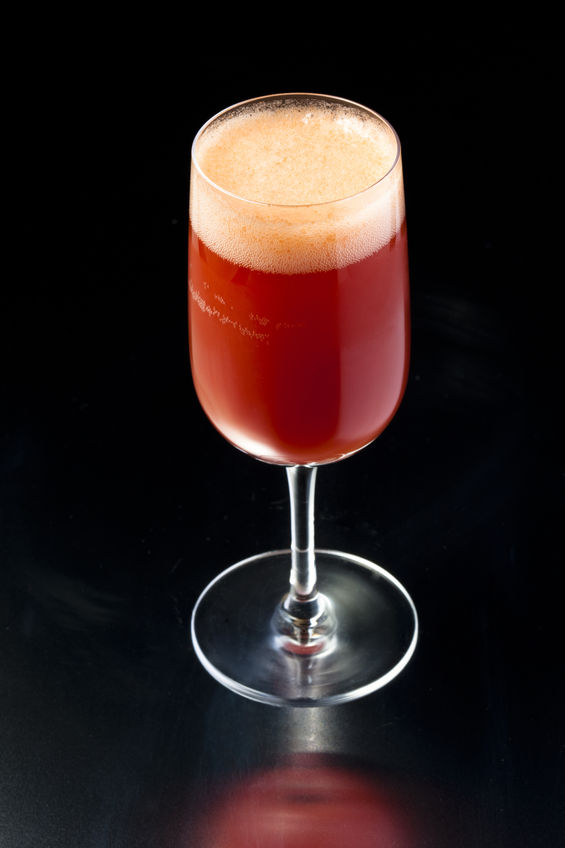 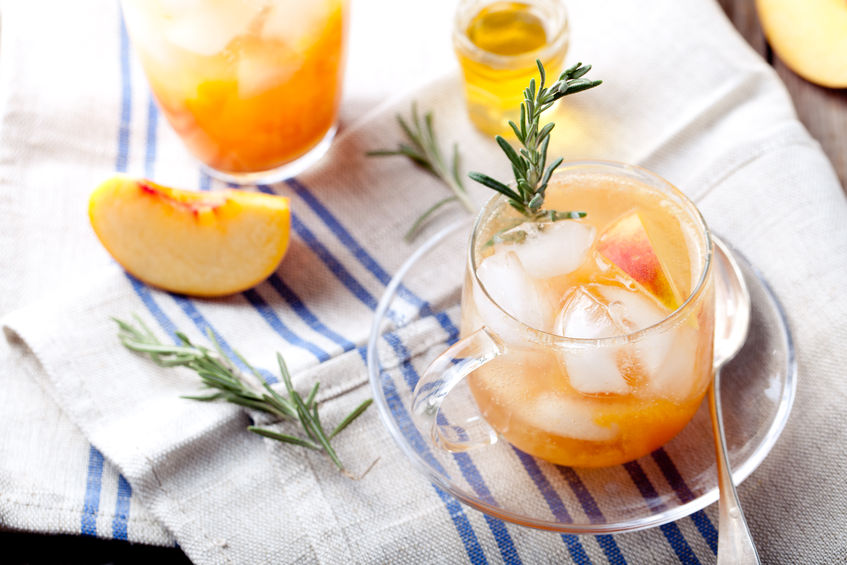 Peach Fizz is a popular cocktail in Japan made from crème de pêche (a type of sweet peach liqueur with an undertone of brandy flavor) along with vodka, lemon juice, Japanese “gum sugar” or simple syrup, and soda water. To make a Peach Fizz, everything but the soda water is shaken in a cocktail shaker and then poured into a highball glass, to which soda water is added. Because the drink is made with hard liquor in addition to peach liqueur, it has a higher alcoholic than other fruity cocktails served in Japan. However, the addition of simple syrup sweetens the cocktail and makes it easier to drink. A Peach Fizz can also be made with grenadine syrup instead of simple syrup, giving the drink more of a pink color. 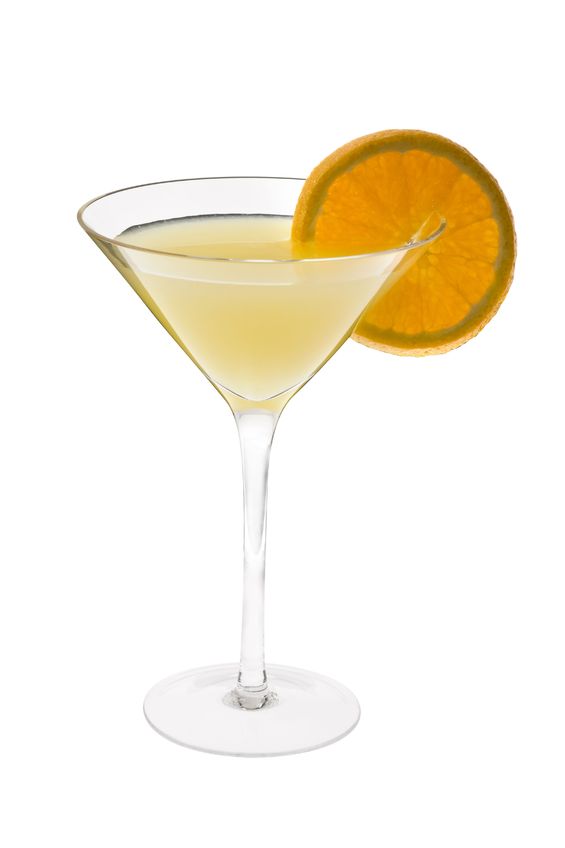 The whimsically named cocktail “Fuzzy Navel” does not, in fact, get its name from the belly button. The “fuzzy” is a reference to the fuzzy surface of a peach, while “navel” refers to fruits like navel oranges. It’s a cocktail made with peach schnapps mixed with orange juice. It can be made in any bars or izakaya that offers orange juice. While peach liqueur is made by steeping fruit in alcohol, peach schnapps is distilled from fruit juices and tends to have a higher alcoholic content and be less sweet. However, the orange juice adds more sweetness to the beverage, making it easier to drink.

Drink & Be Merry with Japanese Cocktails

Whether a fan of alcoholic beverages or not, you’re sure to find a Japanese cocktail that you enjoy. What better time to try a new experience than when traveling in a foreign country. Browse Gurunavi’s listings to far a bar in Japan. Kanpai!