Recommendations
All
Culture
May 6, 2017 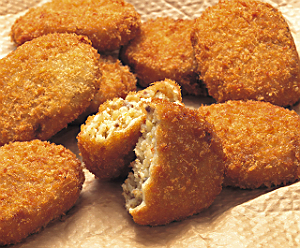 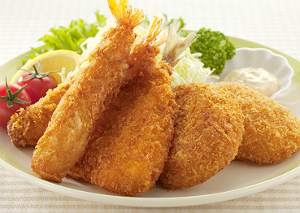 It is typically made by crushing and seasoning the boiled potatoes, with ground meat or vegetables mixed in, and molded into a cylinder or oval shape. It is dipped in flour, whisked eggs, and panko in that order and fried in oil. It is not only for home cooking, and there are some butchers that sell "the butcher's special croquettes" using ground meat. As a variation, "creme croquettes" are popular with a slightly hard white sauce is used as a batter. There are also "creme corn croquettes" with corn, and "crab creme croquettes" with pieces of crab meat, and "rice croquettes" with seasoned and rice molded to a round shape. It is eaten in the home, traditional western style restaurants, served as a regular menu in the cafeterias, a popular dish in the izakayas, and there are croquette specialty restaurants. 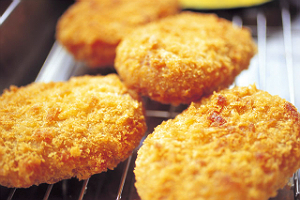 There are many popular dishes with arrangements using croquette, like the "croquette curry" where it is put on curry rice, "croquette sandwich" where it is put between the bread. It can be used as toppings for noodles like in soba or udon. A large amount of frozen croquette products are produced. It is delicious even when cold, and it is commonly used as a side dish in bento. It can be eaten not only as a meal, but as a snack. Though it is not an expensive food, hearing "we're having croquette tonight" bring excitement, and is a dish loved by many Japanese people.