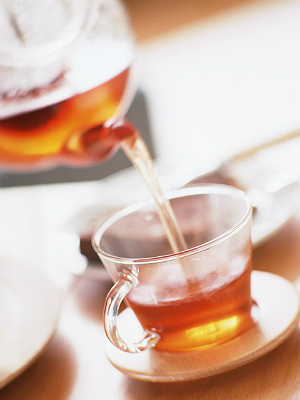 So-called Japanese tea generally refers to green tea (Sencha) that is produced most in quantity. Tea leaves are steamed immediately after picking to prevent oxidization and fermentation and then dried. This method can preserve the green color of the leaves, making tea also green. This is a unique method developed in Japan, and there are not many tea production areas in the world that "steam" tea leaves as part of their tea making process. 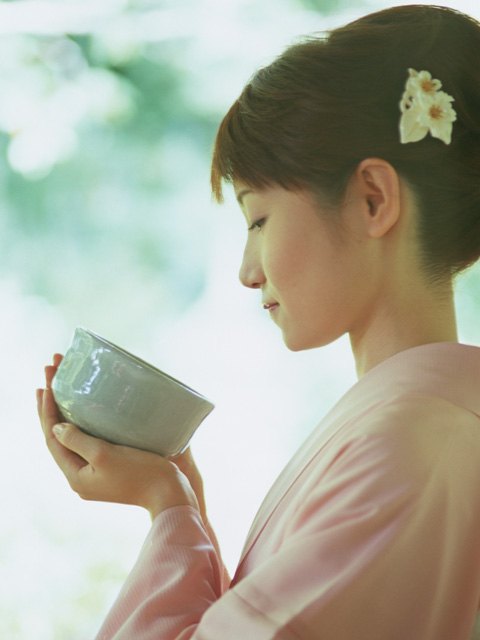 In a broader sense, Gyokuro (refined green tea), Bancha (coarse tea), Hojicha (roasted tea), and Genmaicha (tea with roasted rice) are also called green tea. Gyokuro is the highest quality tea and Bancha refers to all tea that would not meet the standard of Gyokuro due to the harvesting time or the type of the tea leaves. Hojicha is made by roasting tea leaves at high temperature. Therefore, so-called green tea is the medium grade product between the highest quality Gyokuro and Bancha. People drink tea regularly such as during meals, between meals, or drink it instead of water when they are thirsty. It is customary in Japan to serve green tea when guests visit their homes. Sushi restaurants always serve green tea after meals. Hojicha may be enjoyed after meals or on a daily basis depending on the region or personal preference. To make powdered green tea used for tea ceremony, new tea sprouts are covered to shut off sunlight for about two week before harvesting, then steamed, dried and powdered on a stone mortar. Since powdered tea is directly dissolved in hot water, the tea is fresh green in color and features aromatic flavor. Powdered green tea is also used to make confectionaries. 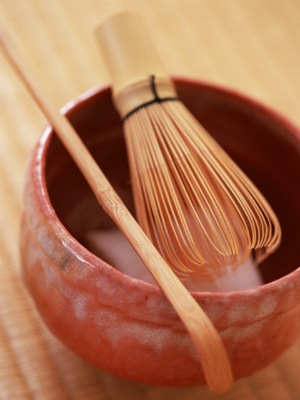 In Japan, Shizuoka prefecture is known as it produced the largest amount of tea in Japan. As for tea from other regions, Ujicha from Kyoto that began to be famous in the Muromachi period and was also presented to the Edo Shogunate, Sayamacha that was popular among the commoners during the Edo period, and Yamecha that was known for its high quality Gyokuro production, are well-known. Including even the very small production areas, we can say that Japanese tea is produced in almost all areas of Japan except for the cold Hokkaido. To prepare Japanese tea, people place tea leaves in a tea pot, pour hot water to steep, and pour the liquid in tea cups. Various manufacturers market different types of tea in PET bottles. Some are blended with Gyokuro, some are sold hot, some come in small containers to be finished immediately, and there are also regional specialty products.