Aomori may be far from the bustling action of Tokyo or Osaka, but this northernmost prefecture of Japan’s main island of Honshu has plenty to make it an attractive destination to visit or live. The prefecture offers something for every season, from gorgeous late-blooming sakura at the scenic castle town of Hirosaki in the spring, to the summer Nebuta Festival in Aomori City with its massive parade floats, as well as Japan’s biggest apple harvest in the autumn, and peak snow conditions with pristine powder in the winter. Located on the Tsugaru Strait, Aomori also has a passenger ferry that can be taken across the strait from Aomori City to Hakodate, Hokkaido.

Aomori’s food cannot be overlooked either. Surrounded by the sea on three sides, Aomori offers up plenty of fresh fish and seafood in its coastal areas, in addition to rice, grains, yams, and apples from the region’s traditional farming and forestry sectors. The prefecture is known for its heavy snowfall, so many of Aomori’s regional foods are hearty winter dishes that help people get through the long, cold winter season. Read on for 9 famous Aomori dishes that highlight the wonderful cuisine of the prefecture.

Classic Dishes of Aomori Cuisine, From Apple Pie to Kaiyaki 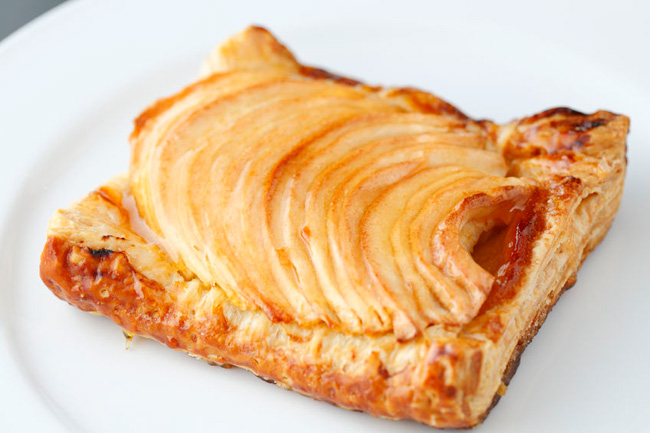 Apple pie may not be a native food to Japan, but as the top apple-producing prefecture, Aomori is the place to go in Japan for apple pies, pastries, and cakes. The town of Hirosaki specializes in kyodai (giant) apple pie, some up to 2 meters in diameter. 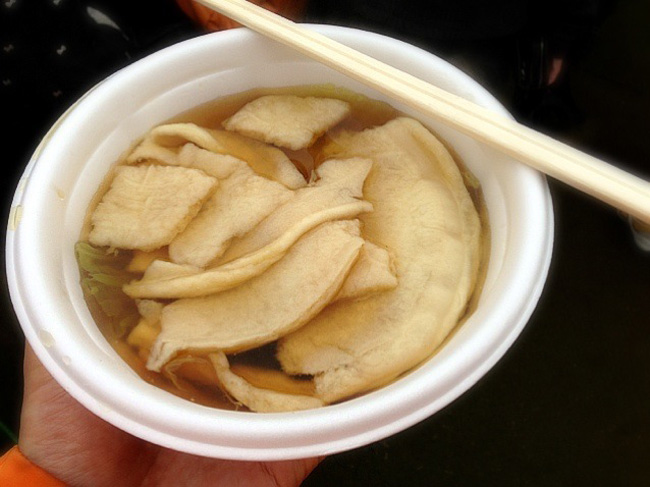 Senbei jiru is a dish from the Hachinohe area of Aomori. It’s made by adding toasted rice crackers called “senbei” to a soy sauce, miso, or salt-flavored soup made with chicken or pork stock. The crispy senbei crackers soak up the soup broth, but still retain a toothy texture. Ingredients like leek, mushroom, and burdock root are used along with fish, pork, or chicken for a filling winter dish. 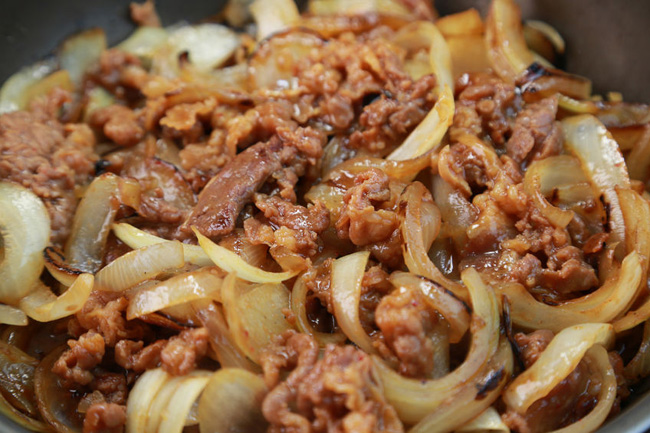 Bara-yaki is a dish of grilled beef rib meat cooked on a hot plate or teppan surface over a massive bed of sliced onions. The dish was created in Aomori’s Towada City by local Korean immigrants and is flavored with a sweet and slightly spicy soy sauce, reminiscent of Korean-style barbecue. With its rich, yet down-to-earth taste, it’s no wonder that many people consider bara-yaki to be the “soul food” of Aomori.

Oden is a one-pot winter dish featuring items like fish cakes, yam, squid balls, daikon radish, and hard-boiled eggs simmered in a light soy sauce and dashi broth. While oden is popular all over Japan, in Aomori cuisine, it’s served topped with miso sauce and freshly grated ginger. The dish was first sold at the yatai food stands set up near Aomori Station for passengers waiting to take the ferry to Hokkaido. 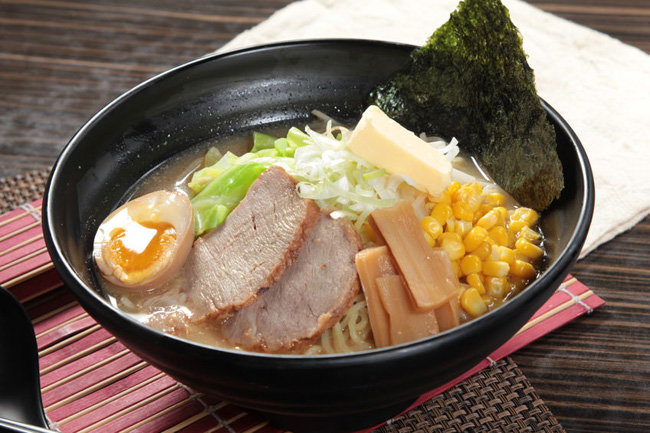 Miso curry milk ramen is Aomori’s local style of ramen, which was inspired by miso ramen from Sapporo. It’s made by adding curry powder and miso bean paste to a milk-based soup broth and is topped with pork, bamboo shoots, bean sprouts, and wakame seaweed, along with a pat of butter. The thick wavy noodles have a chewy texture that stands up well to the flavorful soup. 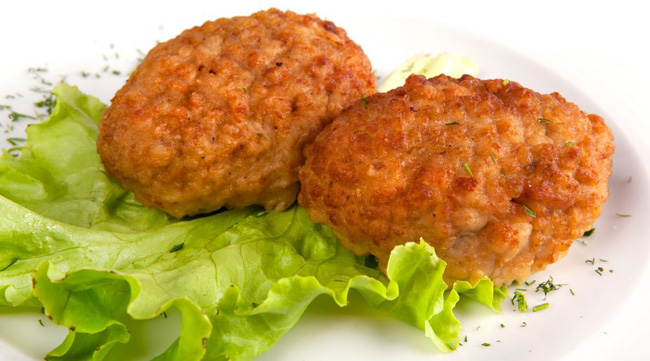 Igamenchi is a dish of minced squid tentacles and vegetables shaped into patties and deep-fried. It originated around the Hirosaki area, in inland Aomori, so the dish uses dried squid rather than fresh. Ikamenchi is seen as a thrifty food because it uses up the squid tentacles and vegetable bits leftover from cooking other dishes. The dish’s name, “igamenchi”, is a local variation of “ikamenchi”, or “minced squid fritter”. 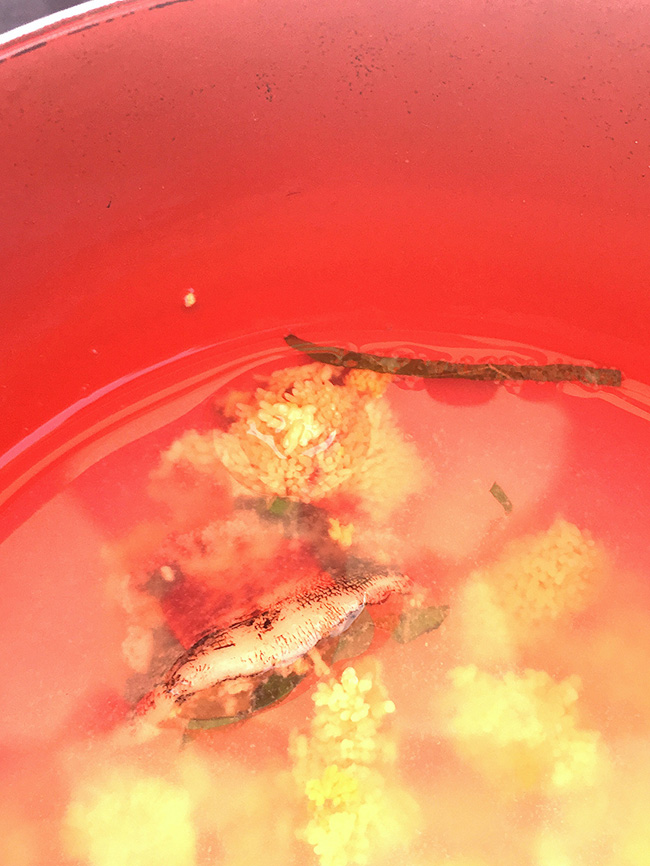 Ichigo-ni is a seafood soup made with abalone and fresh uni (sea urchin) that’s eaten at New Year’s and other times of celebration in Aomori. You may recognize the word “ichigo” as Japanese for “strawberry”, but there are no strawberries in this dish. Instead, the name ichigo refers to the glistening uni used to make the dish, which are said to look like wild strawberries in the soup. 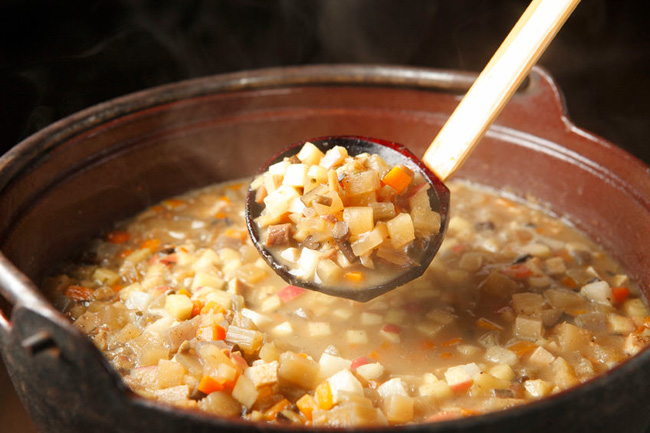 Ke no jiru is a nourishing winter dish featuring a hodgepodge of diced vegetables, tofu, and aburaage fried bean curd in miso soup. It contains root vegetables like daikon radish, burdock root, and carrot as well as wild edible plants such as warabi (bracken fern). Ke no jiru gets its name from “kayu no jiru”, with the word “kayu” (rice porridge) gradually transforming into the word “ke” over time. The dish is eaten for good luck at the start of the new year. 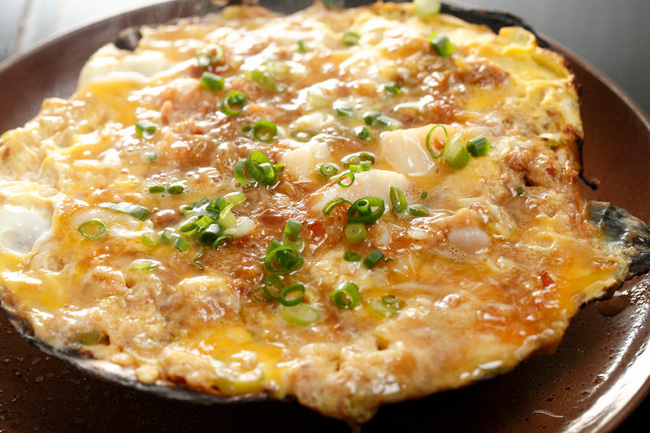 Kaiyaki miso is a unique Aomori home-style dish featuring soup stock mixed with miso paste, to which beaten egg is added. Seafood such as scallops and fish also may be added. The ingredients are cooked on a large scallop shell in lieu of a pan, and it’s believed that each time the shell is re-used, it gives the dish even more flavor.

Be sure to try Classic Aomori Cuisine Like Apple Pie, Igamenchi & More

Aomori may be cold and snowy, but there are plenty of hot, filling local dishes to keep you invigorated during the winter. And no matter the time of year, there’s always something to do and see-and eat!-in this northernmost prefecture of Honshu. Check the Gurunavi listings for the best guide to local restaurants in Aomori. Itadakimasu!