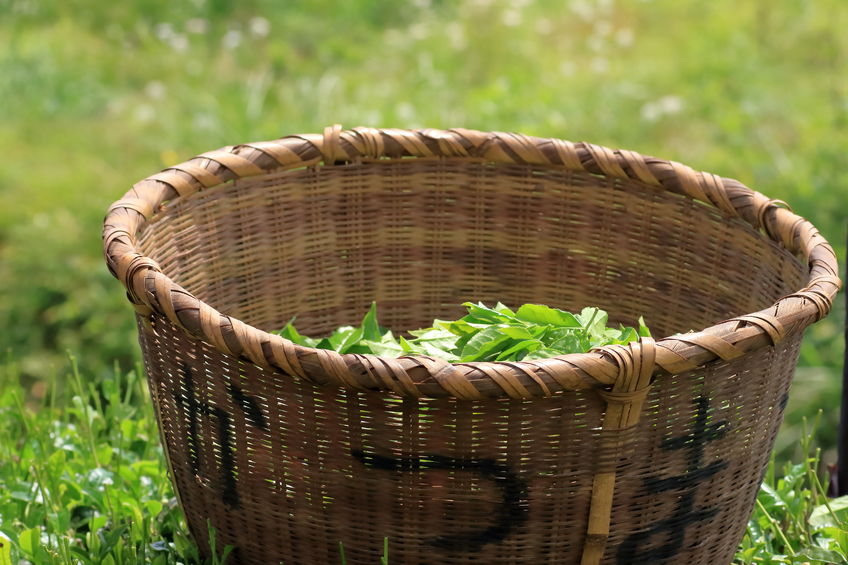 Dubbed the “Kingdom of Green Tea,” Shizuoka is one of the most famous tea producing regions in Japan (along with Uji City in Kyoto prefecture). The concept of terroir, which in French culture describes the impact of soil and location on the taste of a wine, is just as valid with green tea; and the rolling hillsides of rich soil leading up to Shizuoka’s volcanic mountains and its pure spring water are perfect for growing Japan’s quintessential beverage. 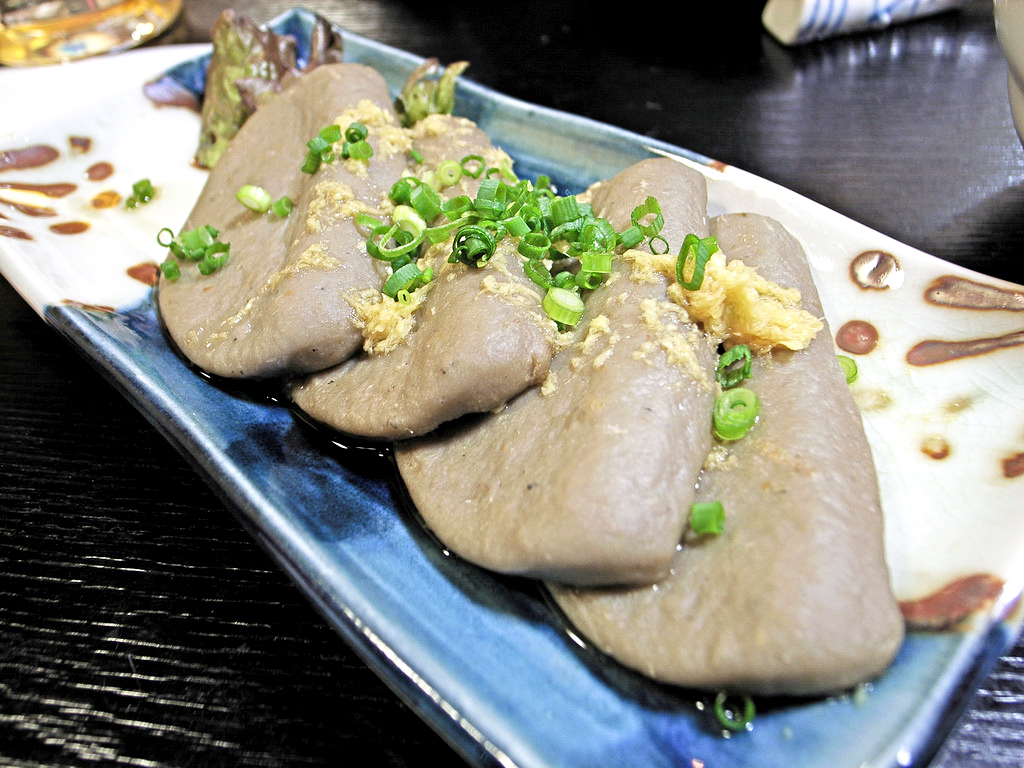 Hanpen is a mild-flavored fish cake made from surimi fish paste, grated Japanese yam, and seaweed stock. It typically has a white color and comes in round, square, and triangular shapes. In Shizuoka specifically, kuro hanpen is made with mackerel and whole sardines, giving it a distinctive black or ash color. Kuro hanpen can be grilled and eaten with a mixture of ginger and soy sauce or served in oden stew. 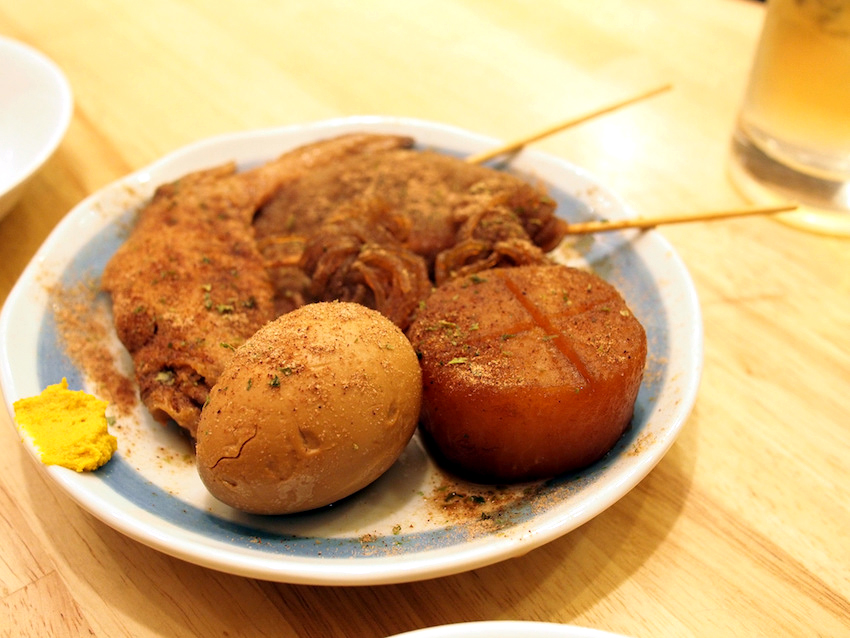 Oden is a popular wintertime stew in Japan, made with various ingredients like fresh daikon radishes, hard-boiled eggs, chewy chikuwa fish cakes, and savory squid balls simmered in a soy sauce and dashi fish broth. Shizuoka has its own local take on oden where the ingredients are skewered and left to simmer for a long time in a dark broth made with beef tendons. More soup is added as the liquid cooks down, accentuating the concentrated flavors of the broth and skewered fish cakes that have been simmering in it. Shizuoka oden is eaten with spicy yellow mustard and a special seasoning made of dried fish powder and powdered aonori seaweed. 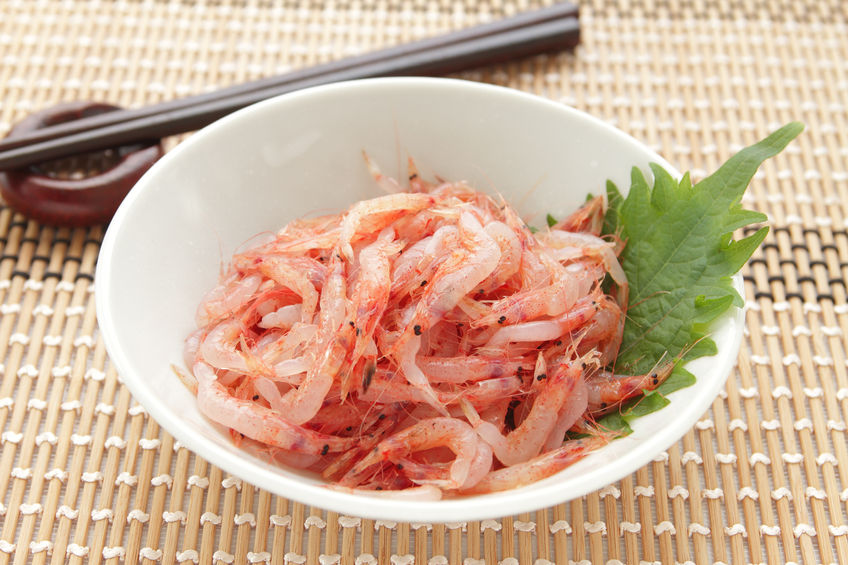 Sakura ebi are a tiny dried shrimp harvested in Shizuoka’s Suruga Bay. They’re named for their color, which many compare to the delicate pink of Japanese cherry blossoms. The shrimp are sun-dried through a traditional process that gives them a light, crisp texture and intensifies the savory umami flavor. 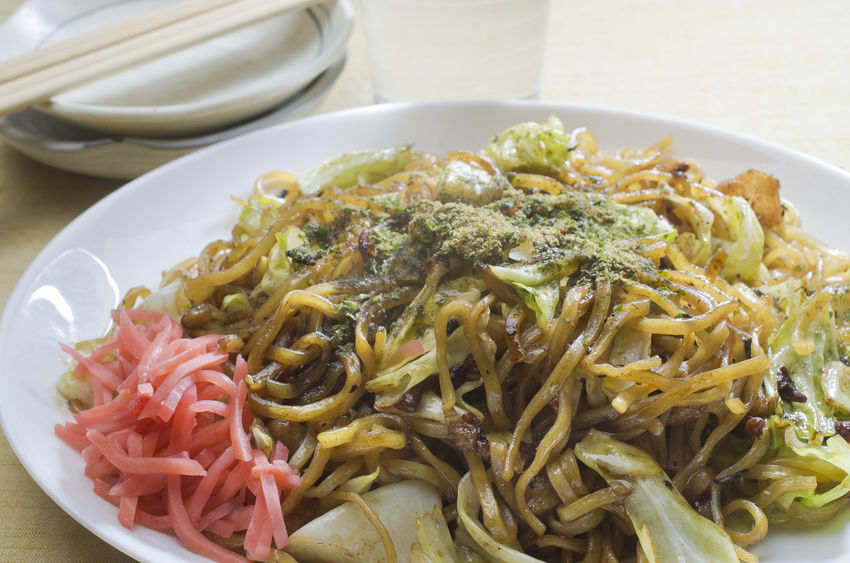 The popular Shizuoka street food Fujinomiya yakisoba is made with stir-fried pork, cabbage from Fujinomiya’s highlands, and spicy Worcestershire sauce cooked on a flat open griddle. Firm yakisoba noodles are mixed in before the whole dish is steamed with beer, making the noodles tender and chewy. Finally, it’s topped with fish powder made from locally harvested sardines and served with pickled ginger. Fujinomiya yakisoba has won several awards in Japan’s annual blue-collar food contest, B-kyuu Gourmet. 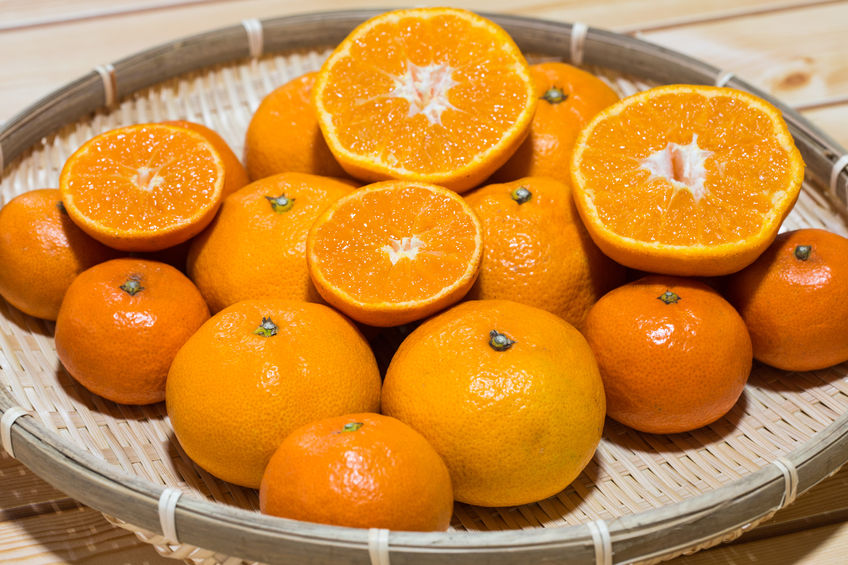 Mikkabi, a town located to the west of Hamamatsu City, has a mild climate that’s perfect for growing mikan, known in the West as mandarin oranges. Mikkabi mikan are known throughout Japan as being a premium variety that’s juicy and sweet, with just the right amount of refreshing citrus acidity. They’re also very easy to peel, with a thin skin that comes off cleanly in one piece. If you visit the Hamamatsu area, be sure to stop by a Mikkabi mikan farm for a fruit-picking tour. 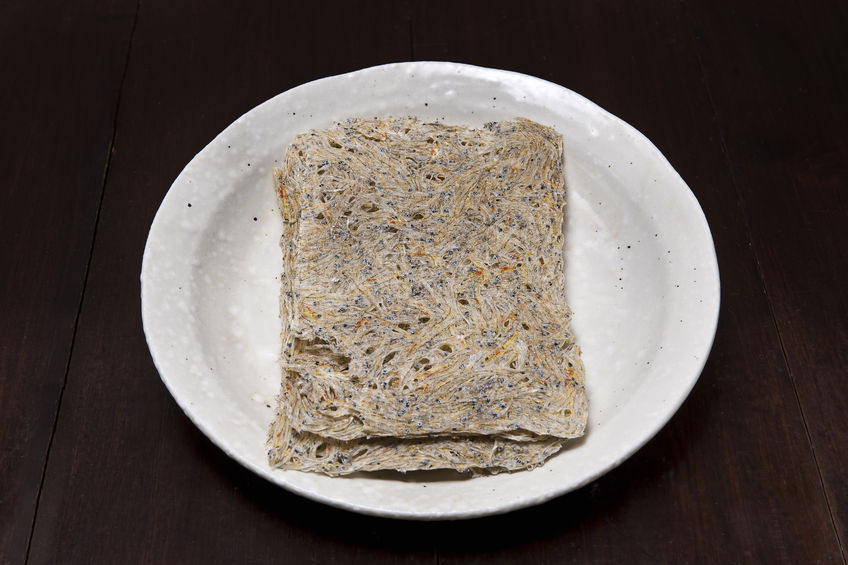 Tatami iwashi is a thin sheet-like delicacy from the coastal areas of Shizuoka. It’s made from baby sardines that have been sun-dried on a bamboo frame and cut into smaller pieces. When toasted, tatami iwashi becomes crispy like a cracker and works well as soup garnish or coupled with beer or sake. 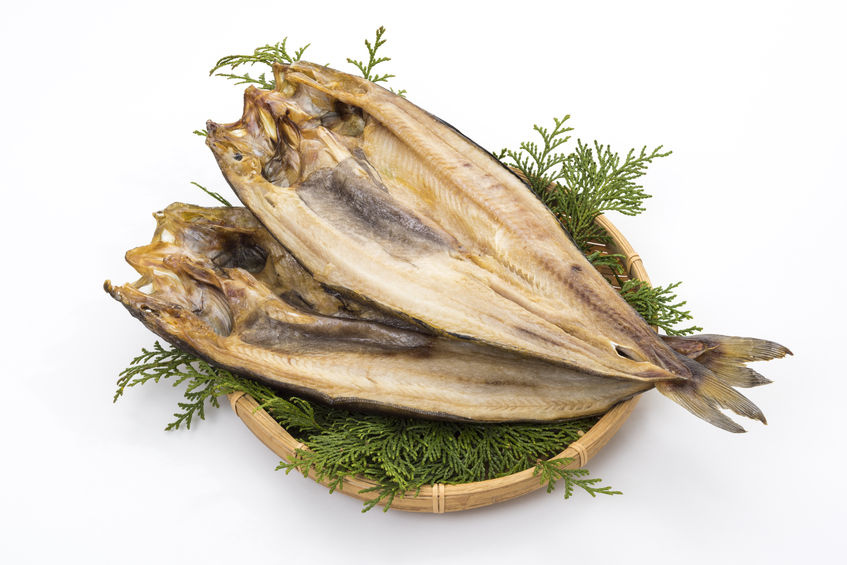 Dried horse mackerel, or aji, is a type of fish himono, or dried food. People in Japan butterfly, salt, and sun-dry fish as a traditional preservation technique that dates back to ancient times. The dried fish can be eaten as a jerky, grilled, or added as an ingredient to other dishes. Aji is the leading variety of fish caught and dried in Shizuoka, especially around the city of Numazu on the Izu peninsula. 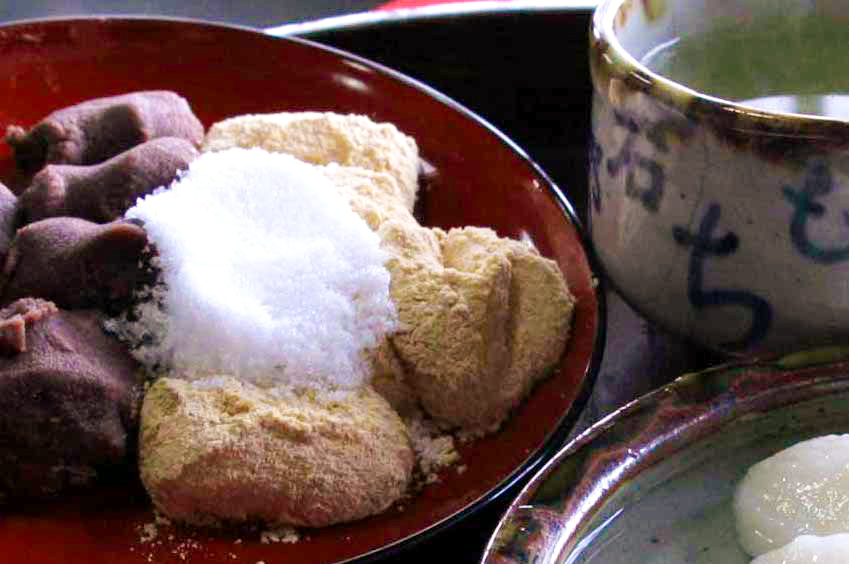 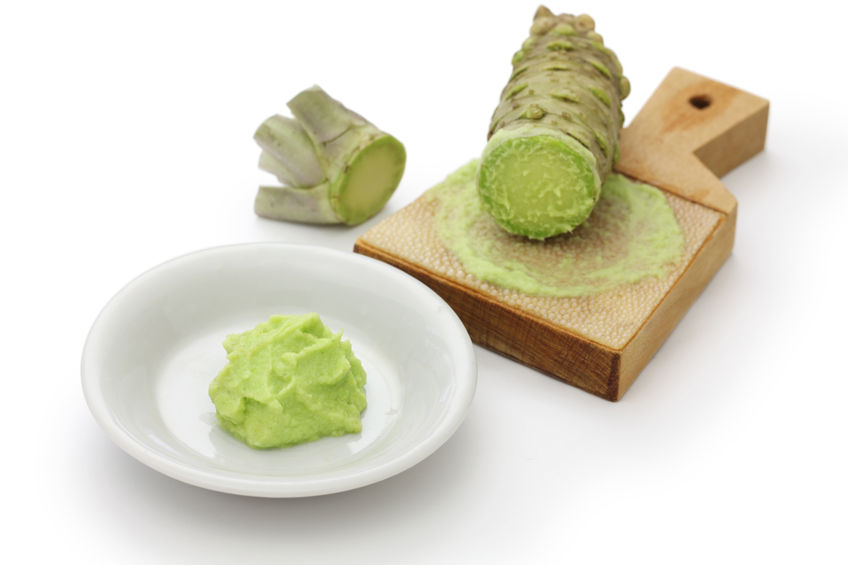 Wasabi, a Japanese cousin to the horseradish root, grows best in rich, wet soil—something that Shizuoka has plenty of. The prefecture is the birthplace and largest producer of wasabi, growing over 70 percent of that sold on the Japanese market. Utogi Village in Shizuoka was the first place where wild mountain roots were cultivated as a food source during the 17th century. Before that, only the leaves, stems, and flowers of the wasabi plant were used for pickling, and you can still find pickled wasabi vegetables in Shizuoka today. 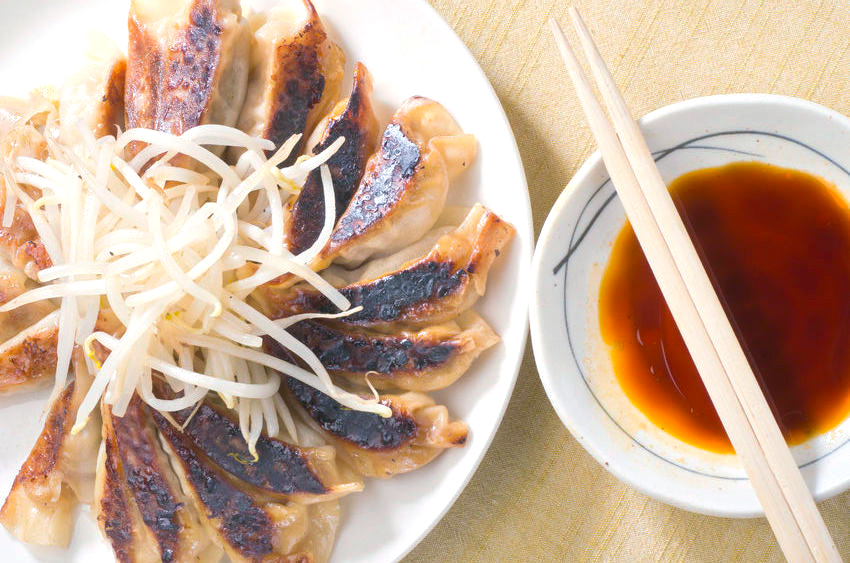 Gyoza is a pan-fried dumpling made with finely minced pork, leek, and cabbage that found its way to Japan by way of China. In Shizuoka, gyoza is made Hamamatsu-style, with the dumplings arranged in a circle to fit as many dumplings as possible in the fry pan while cooking. When served, the ring of fried dumplings looks like an edible wreath. They’re eaten with a heap of moyashi bean sprouts piled high in the center of the ring.

Shizuoka is a convenient shinkansen stop between Tokyo and Osaka and provides easy access to Mount Fuji, so be sure to include a visit on your next trip to Japan for some delicious eats, relaxing hot springs, and fantastic sightseeing. Check out Gurunavi’s restaurant listings for the best places to try local Shizuoka specialties. Itadakimasu!