While Japanese beef tongue, known as “gyutan,” isn’t considered to be a traditional ingredient in Japanese cuisine, it has found well-deserved notoriety in the Sendai region of Tohoku as a meibutsu, or famous local product. If your taste buds are tingling with the thought of trying gyutan during your Japan travels, keep reading to find out how beef tongue found its way into the Japanese diet as well as the best ways to try this tantalizing ingredient.

Out of Hardship, Sendai Gyutan Was Born 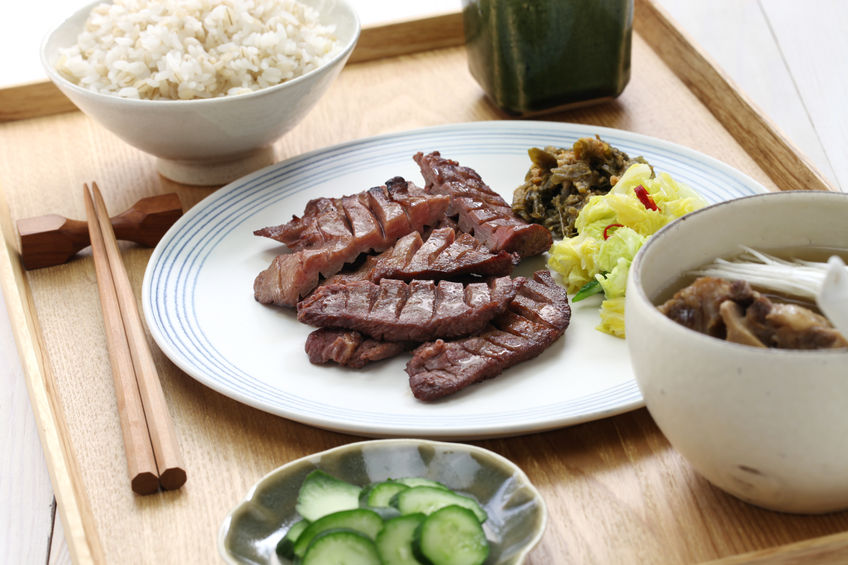 Although the opportunity to consume beef tongue in Japan has certainly existed since the introduction of cattle farming sometime before the 5th century, meat eating in general was long considered taboo due to Buddhist custom; and even in cases where beef was consumed, the tongue was discarded along with the offal and giblets.

Following World War II, however, limited food sources led to a period of culinary ingenuity and resourcefulness as the Japanese people made the most of whatever ingredients were available to them—some of which evolved into staple dishes of today, like okonomiyaki.

It was around this time that a restaurant in Sendai began experimenting with beef tongue. The chef knew that it was used as an ingredient in other countries’ cuisines but had yet to find a place in Japanese food, and wanted to make a dish that would stand out from the competition. After endless experimentation with different cooking methods and seasonings, “Sendai Gyutan” was born.

The Varying Tastes and Textures of Gyutan 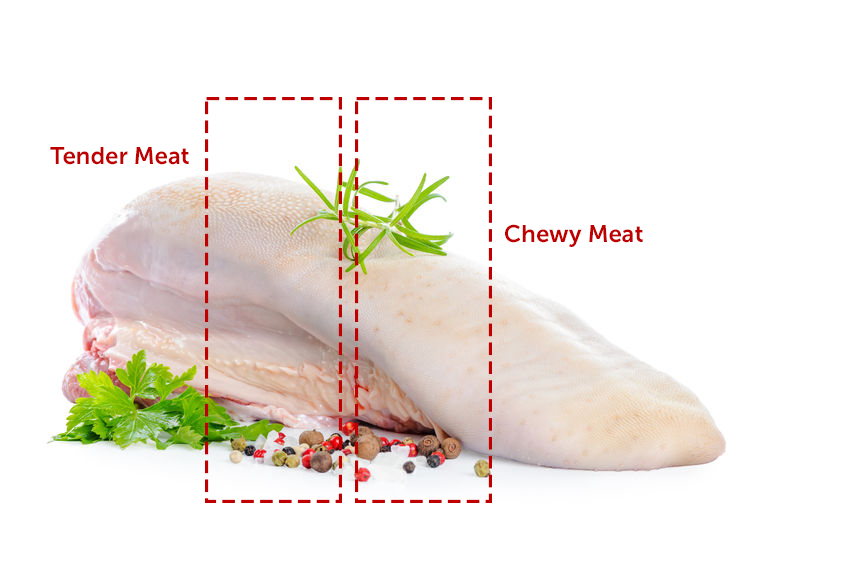 A somewhat tough organ meat if poorly prepared, gyutan’s flavor and texture vary greatly depending on how it’s sliced and cooked, and the meat becomes quite tender when braised. In addition, you will usually find that the front half of the tongue meat tends to have more of a bite to it, while the back half tends to be easier to chew.

Thicker cuts of gyutan, called “atsugiri,” have a deep beefy flavor and a much chewier texture. They are often scored across the surface of the meat before grilling to tenderize the cut, allowing sauces or marinades to penetrate deeper into the meat. Thin slices of gyutan, known as “usugiri,” still have a distinctly beefy flavor but are closer in texture to traditional beef, so they are often used for dishes like donburi rice bowls. 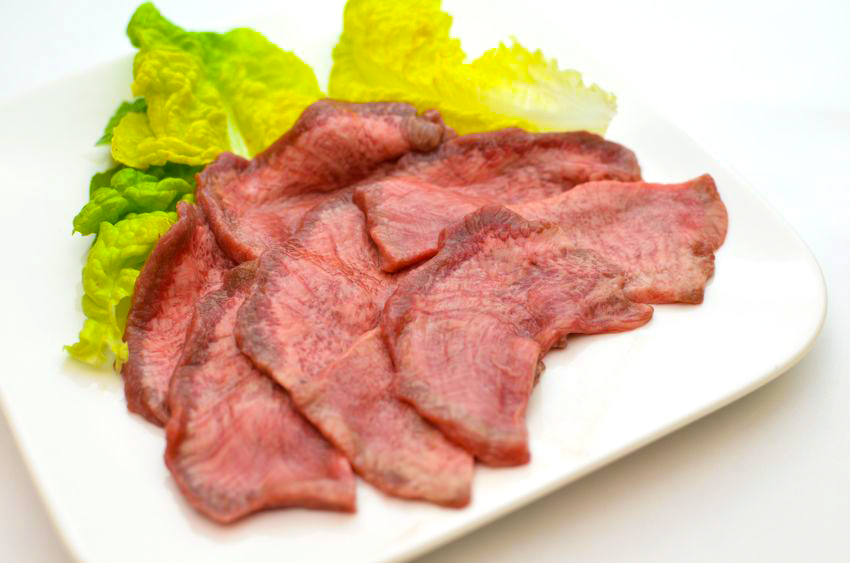 Grilled gyutan refers to the gyutan dish that originated in Sendai, featuring thickly or thinly sliced beef tongue grilled over a charcoal flame or on a teppan skillet surface. The gyutan is seasoned with salt or soy sauce-based tare sauce and served with rice and soup. 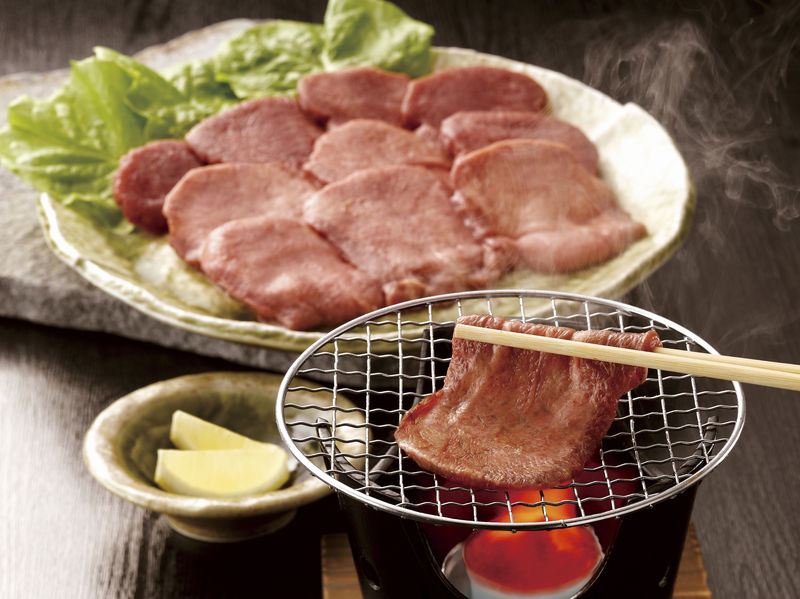 When served at yakiniku barbecue restaurants, gyutan is thinly sliced so that it quickly cooks. It’s common to grill one side of the gyutan for a longer period and leave the other side a bit rare. Typical condiments for yakiniku gyutan include tare sauce, shio-negi (diced onion marinade with salt), and lemon juice. 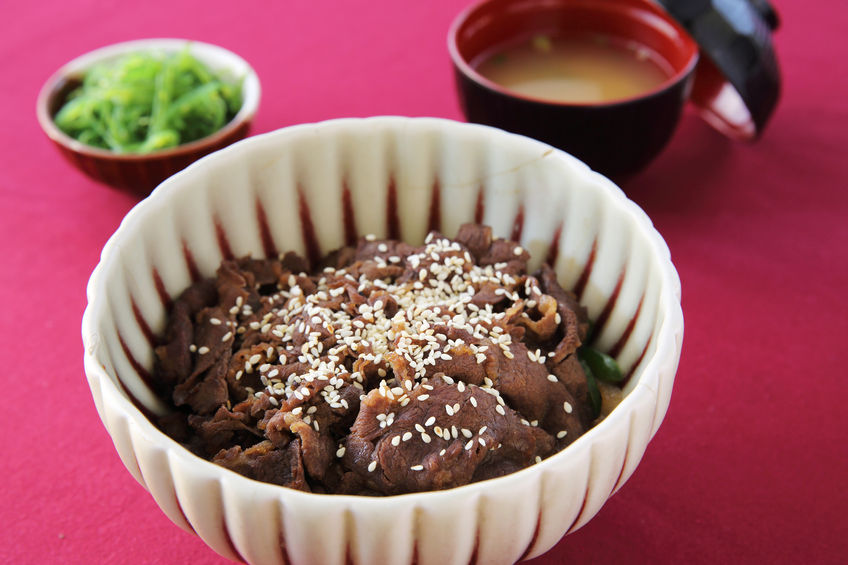 Gyutan-don is a dish of grilled or stir-fried gyutan served over rice in a large donburi bowl. Tender gyutan from the back half of the tongue is thinly sliced for a dish similar to gyudon (beef bowl), but with a beefier flavor. 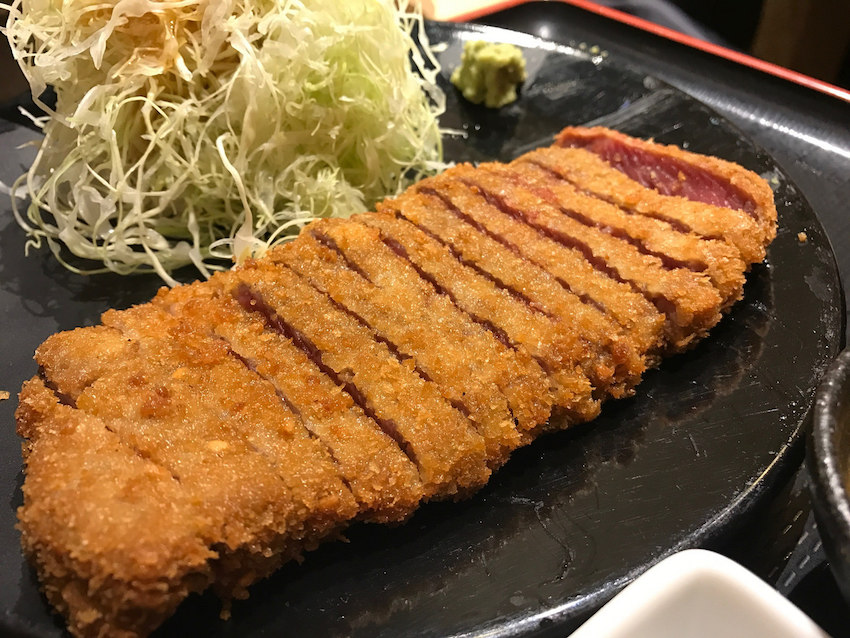 Gyutan katsu is a dish of beef tongue served “katsu” (fried cutlet) style. The beef tongue is gently boiled until tender and then cut into thick slices, coated in large panko breadcrumbs, and deep-fried until crispy. 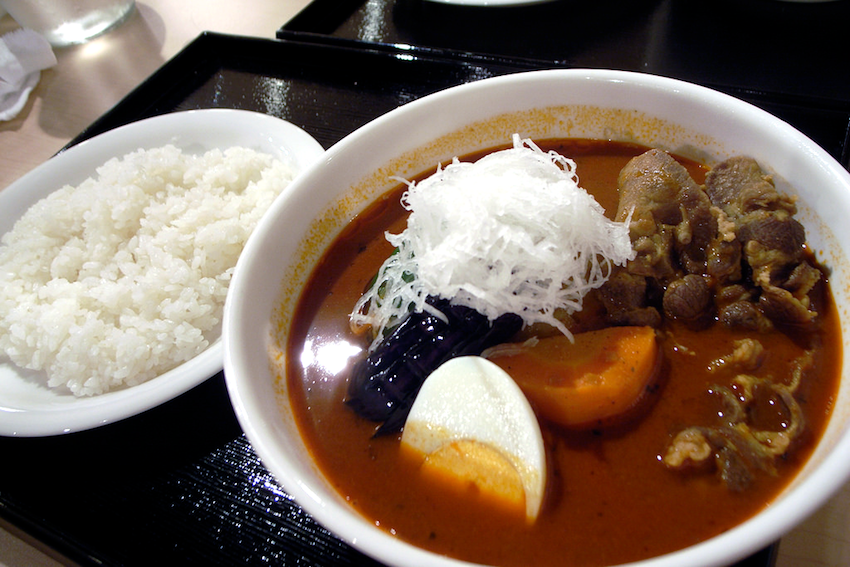 Gyutan curry is a dish of beef tongue that has been slowly simmered until it’s fall-apart tender, and served in a Japanese curry sauce sweetened with apple and honey or spiced up with lots of curry powder and aromatics. It’s served with a large serving of rice and reddish-brown fukujinzuke pickles. 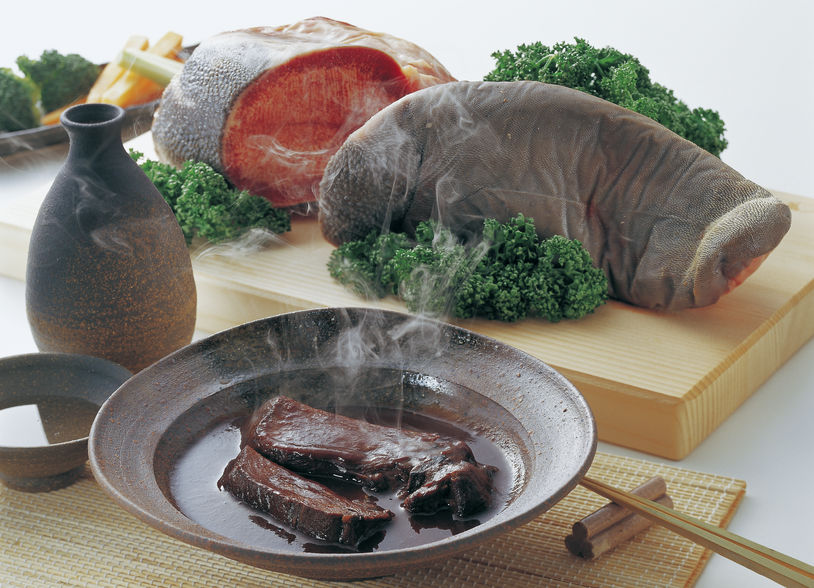 In Japan, shichu is the local take on a Western stew, served with plenty of rice. Like Japanese curry, stew is a popular type of yoshoku dish—Japanese-style Western dishes that have been modified for the Japanese palate. Gyutan can be served in either a red wine stew or a white cream stew. 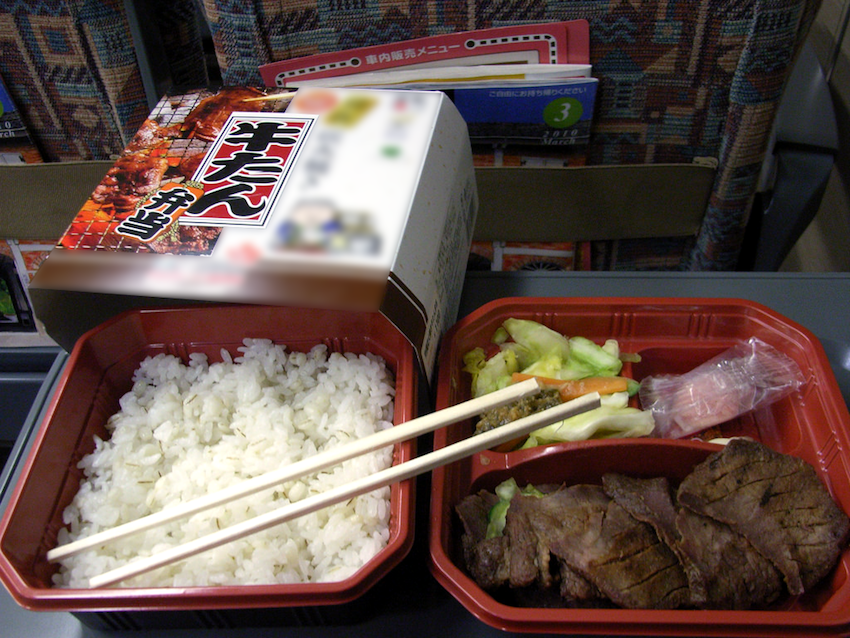 Gyutan bento is a specialty “eki-ben,” or train station bento box lunch. The pre-packed meal in a bowl features rice topped with thin slices of grilled gyutan, covered in a flavorful tare sauce. The bento also comes with a sort of “rip cord” that when pulled, activates a self-heating element built into the bottom of the bowl so that the gyutan bento is steaming hot when you open it up. This unique bento lunch is available at kiosks inside of major train stations in Miyagi prefecture, as well as on shinkansen bullet trains running through the Tohoku area.

When gyutan is served at restaurants in Sendai, it typically comes in the form of a set meal called “teishoku,” with soup and several small side dishes. 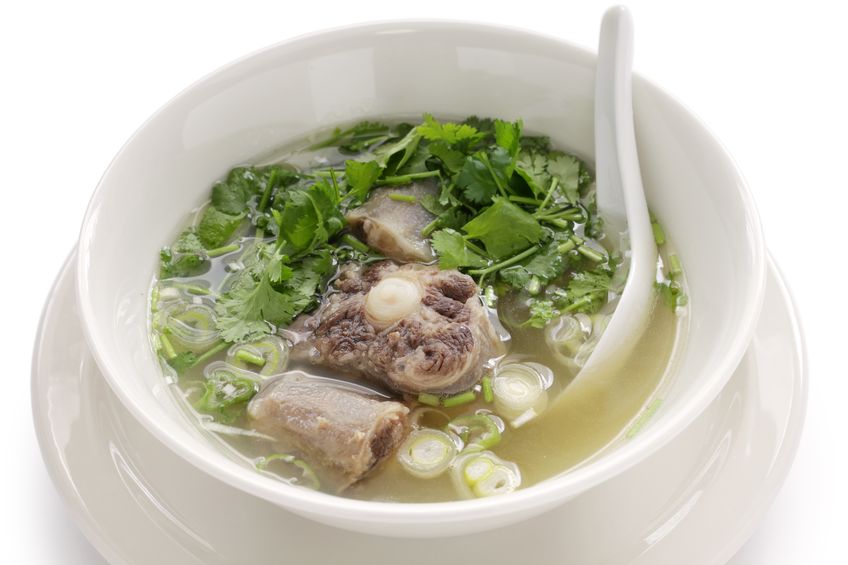 “Mottainai” cooking, or cooking from “snout to tail,” is a popular expression that means to avoid wastefulness by consuming every part of an animal; so it’s no surprise that oxtail soup would be a popular pairing with gyutan. Like beef tongue, oxtail was a part of the animal that wasn’t commonly eaten throughout Japan’s history. However, following World War II, resourceful chefs began today’s tradition of making use of this nutritious ingredient in their meals. 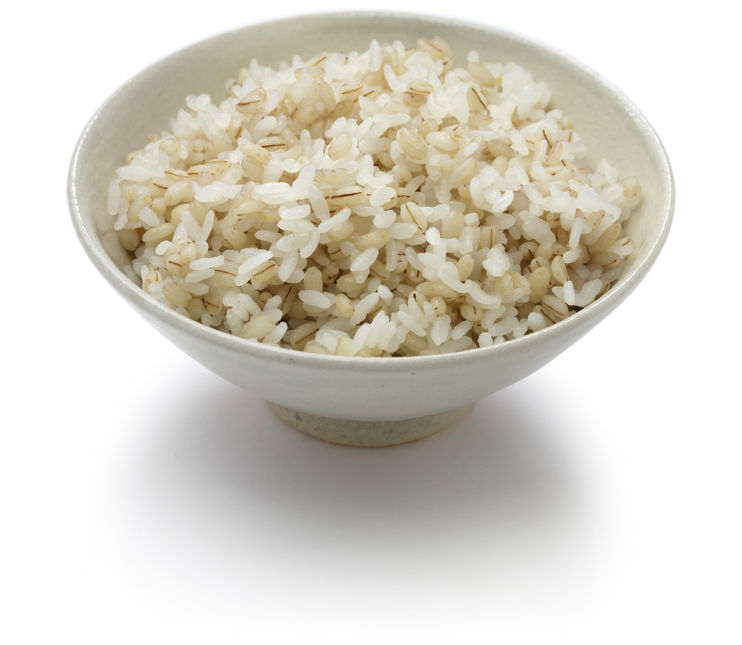 Mugi gohan, or barley rice, is a dish of steamed rice cooked with rolled barley. It’s not only inexpensive to make but offers twice the protein of wheat, making it another popular side dish for gyutan.

Gyutan is a Japanese ingredient that’s both rich in flavor and history. Whether searching for the best Sendai Gyutan restaurants or wanting to try it elsewhere during your travels, check out Gurunavi’s listings for Japanese beef tongue restaurants close to you. Itadakimasu!