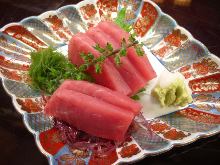 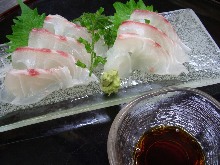 A hot pot of simmered pufferfish with vegetables and such, dipped in ponzu (citrus-based soy sauce) and condiments. 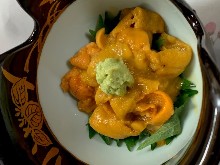 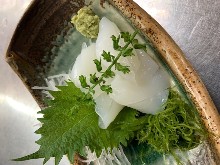 Pufferfish cut into bite-sized pieces and grilled over an open flame. 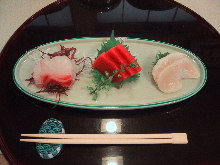 Pufferfish simmered with ingredients and chilled into jelly.

A dish of gilled pufferfish milt.

Pufferfish milt is available for ordering to add into the hot pot. 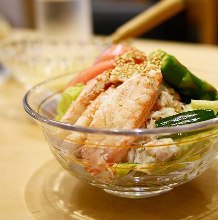 Salad of the day

Salad that changes every day.