Hot and Spicy Japanese Food to Turn up the Heat

Hot and Spicy Japanese Food to Turn up the Heat 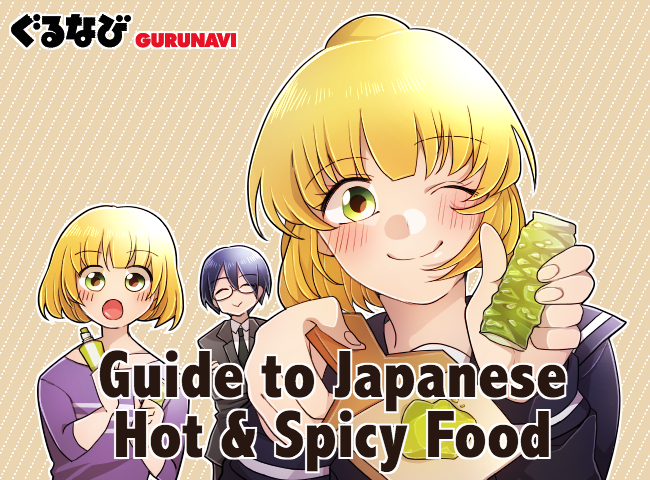 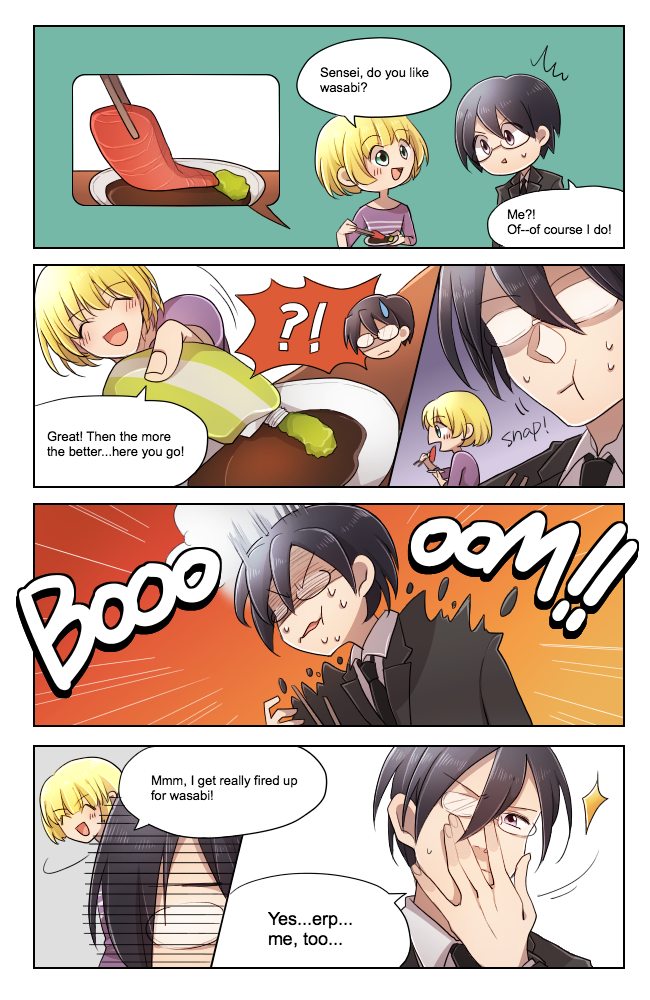 People around the world enjoy Japanese food for its many delicious flavors and wide variety of dishes. One flavor that is not so widely represented in Japanese cuisine, however, is hot and spicy food—especially compared to other Asian cuisines such as Thai. In fact, a significant portion of Japanese people even self-identify as unable to tolerate even mildly spicy flavors.

Despite this, Japan does in fact have a tradition of spicy food, particularly in the southern region, which has historically been more strongly influenced by cuisine from China and Korea. Translated as “karai”, “karakuchi”—or simply just “supaishii” (spicy)—in Japanese, the terms “hot” and “spicy” can refer to both a pungent mustard flavor or a flaming hot chili pepper flavor. If you’re interested in checking out what hot and spicy foods Japanese cuisine has to offer, here’s a guide to the hot and spicy condiments and dishes that can be found in Japan. 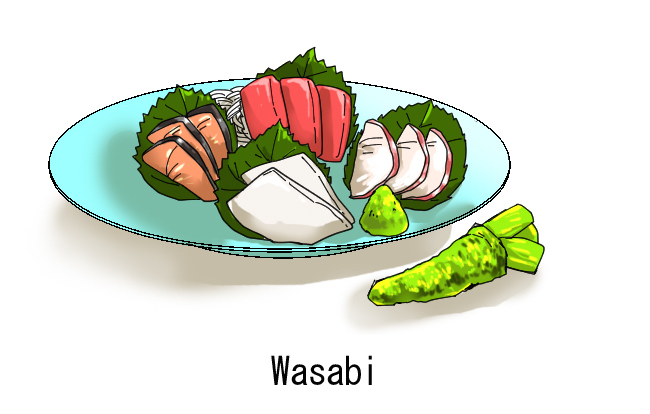 Similar to horseradish, wasabi is a type of root from the mustard family that strongly affects the nasal passages and sinuses when eaten. Although the spicy effects of eating wasabi can be quite intense, they last for only a very short while. Wasabi is probably the best known of Japan’s spicy ingredients, as freshly grated wasabi is a major component of sushi. A dab of wasabi can also be added to dipping sauce for noodles. 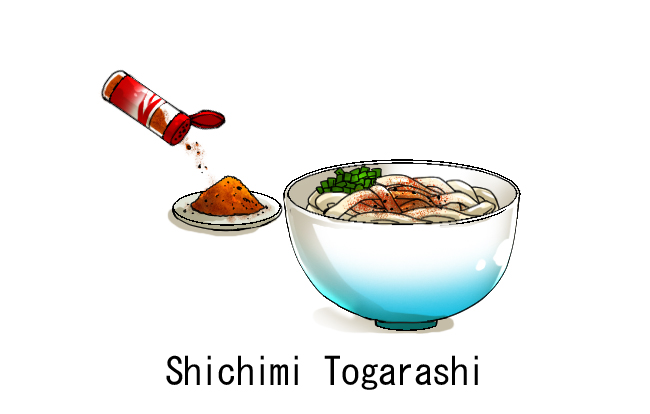 Shichimi togarashi, or “seven spice pepper”, is a spice blend made from red pepper, sansho pepper, and other ingredients like sesame seeds, seaweed, and ginger. For people who can't handle very spicy food, this blend of spices makes shichimi togarashi very easy to eat. It tastes great added to soup or sprinkled on top of noodles and donburi (rice bowl) dishes 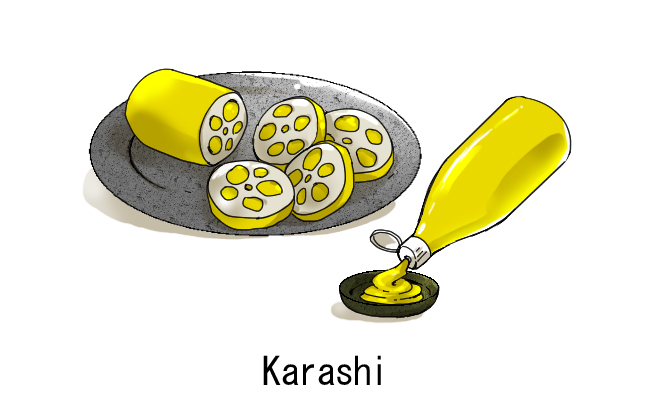 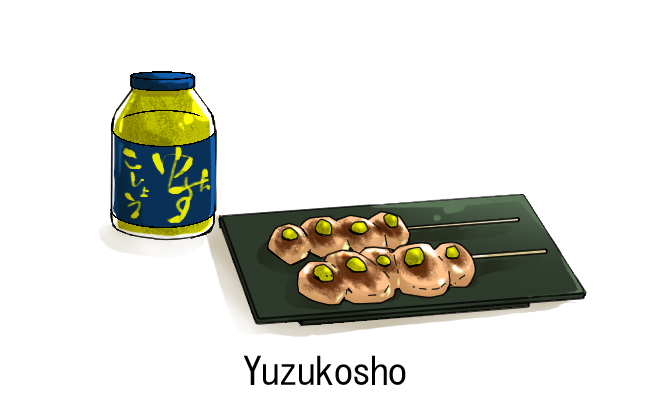 Yuzukosho is a delicious condiment that comes from the southeastern part of Kyushu. It’s made by grinding together the peel of yuzu citrus fruit, green chili peppers, and salt to make a tangy, spicy paste with a texture similar to pesto. Yuzukosho is a popular condiment for steak, fish, and yakitori chicken. 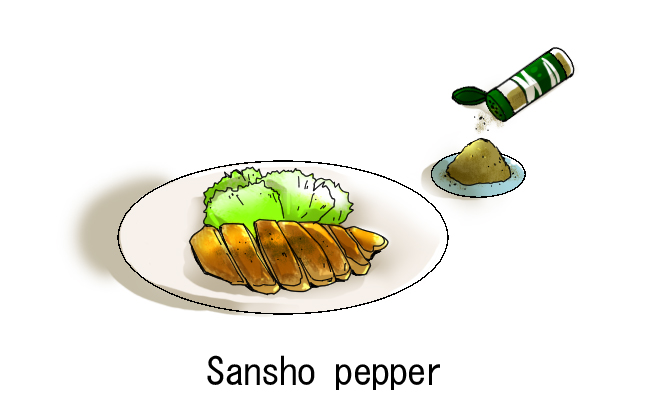 Sansho pepper is a type of small, green peppercorn with a sharp and citrusy flavor. They're similar to Sichuan peppercorns from China but even stronger, and their spiciness creates a temporary tingling effect in the mouth that can last as long as 10 seconds. In Japan, ground sansho pepper is commonly used to season grilled foods like yakitori chicken and broiled eel. 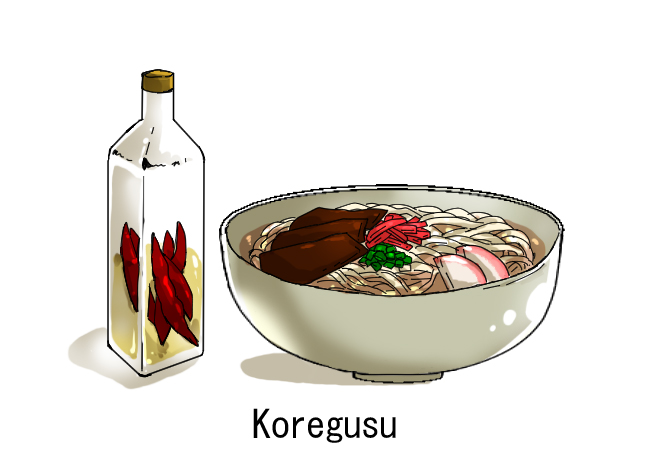 Koregusu is a type of pungent hot sauce from the island of Okinawa that’s very spicy. It’s made by combining the local alcoholic drink called awamori with small island chili peppers. Koregusu can be enjoyed on anything from Okinawan soba noodles to stir-fried goya champloo, made with bitter melon. 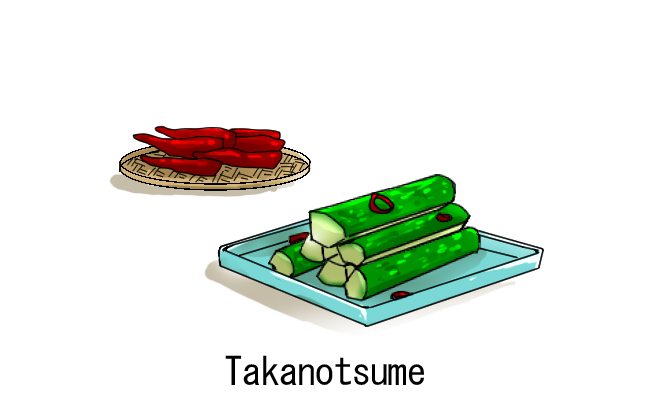 Takanotsume (Hawk Claw Chili) gets its name from the fact that it looks like a bird's talon. It’s the only variety of pepper in Japanese cuisine that is dried and ground up to make chili powder. It can also be added finely sliced to dishes for extra heat. Takanotsume is fairly spicy, so those craving some really spicy food should be sure to give it a try. 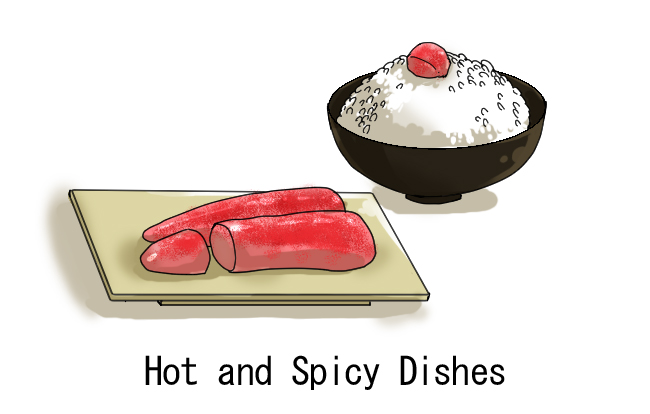 Many hot and spicy dishes in Japan have a strong Chinese influence, such as mabo dofu, which is made with tofu, bean paste, and chili oil. Ebi chiri (shrimp in a sweet and spicy chili sauce) is another Japanese dish influenced by Chinese cooking. Spicy Korean cuisine has also had an impact on Japanese food, including dishes like kimchi nabe (hotpot made with Korean kimchi) and karashi mentaiko (spicy cod roe), which is often served over rice.

There are also some hot and spicy dishes that are unique to Japanese cuisine. Shimane prefecture’s aka ten is made with deep-fried kamaboko (fish cakes) in a spicy sauce. It’s a popular street food that tastes great with a cold beer. In Kumamoto, you can find karashi renkon (lotus root stuffed with hot yellow mustard then wrapped in batter). It’s a cheap and delicious food and also very spicy!

Feel Your Temperature Rise with Spicy Japanese Food and Condiments

From pungent mustards to blazing hot chili peppers, hot and spicy foods make up a small but extremely tasty segment of Japanese cuisine. If you have the opportunity to visit the southern region of Japan, be sure to try all the local specialties for a taste of hot and spicy food you can’t find anywhere else. And while you’re there, be sure to pick up some hot and spicy condiments to take back home as a souvenir so you can enjoy hot and spicy Japanese food anytime.