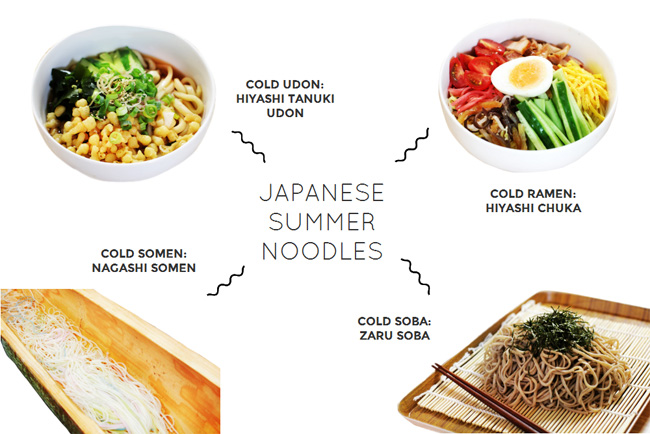 Noodles are an important staple of Japanese cuisine, eaten by people of all ages in every part of the country. The first bowl of noodles arrived to Japan via Buddhist monks who brought them back from China more than 1000 years ago. These days, various types of noodles can be found at the center of numerous Japanese dishes, from hot steaming bowls of ramen, to soba buckwheat noodles, thick udon flour noodles, and long thin somen noodles.

As delicious as a hot steaming bowl of noodles can be, when the days are hot and humid, nothing quite beats the refreshing taste of chilled summer noodles. Check out these four popular summer Japanese noodle dishes. 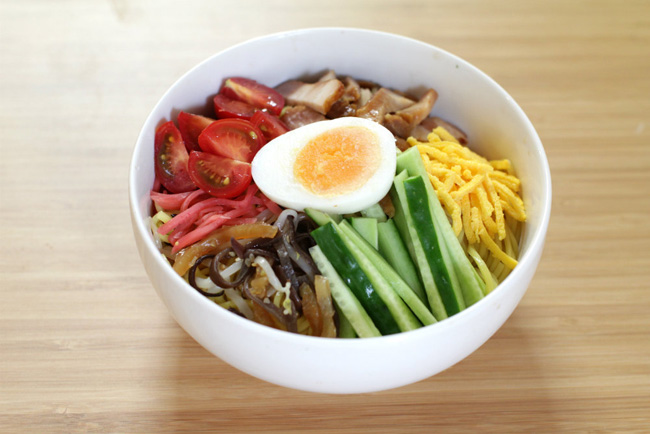 Hiyashi chuka originated in the Sendai area almost a century ago and has since become an iconic summer dish all over Japan. This dish is only served in Japanese restaurants during the summertime, so signs announcing “Hiyashi chuka served here” are a good indication that summer has begun.

The name “hiyashi chuka” literally means “chilled Chinese food”. The dish is made with cold ramen noodles, piled high with colorful toppings in a shallow bowl and dressed in cold mentsuyu (noodle sauce). Common hiyashi chuka ingredients include cold sliced ham or charsiu (Chinese barbecued pork), shredded chicken breast, julienned cucumber, bean sprouts, matchstick carrots, sliced tomato, pickled ginger, and sweet Japanese omelet cut into thin strips. Hiyashi chuka is sometimes served with a side of yellow karashi (hot Chinese) mustard. The mentsuyu can be any flavor, but popular varieties include soy sauce-based vinaigrette, Japanese citrus dressings like yuzu and ponzu, as well as sesame-based dressings. The dressing is poured over the ingredients just before eating, and then everything is mixed together.

Hiyashi chuka is the perfect summer choice for people who love ramen but want a cooler alternative in the sweltering heat. 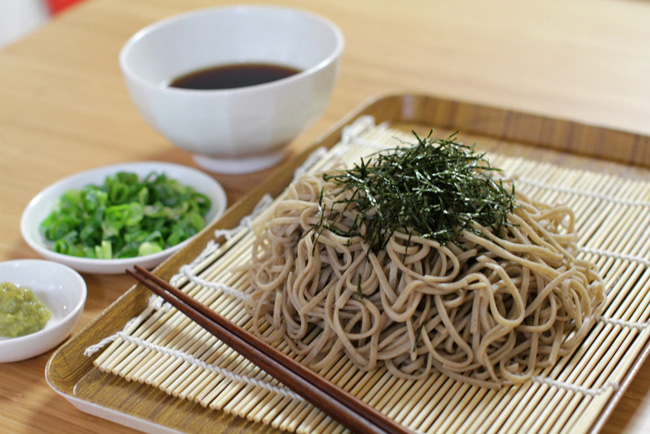 During the summer, one popular way of serving soba noodles is “zaru soba”, chilled soba noodles dipped in mentsuyu sauce. They’re named for the traditional bamboo basket or mat that the chilled noodles are served on, called a “zaru”. The cold noodles are garnished with shredded nori seaweed and dipped into a concentrated sauce of dashi and soy sauce flavored with cooling condiments like fresh wasabi horseradish, grated ginger, green onion, and daikon radish.

Zaru soba is a healthy and delicious meal, making these cold Japanese noodles a perfect dish for cooling off in the summertime. 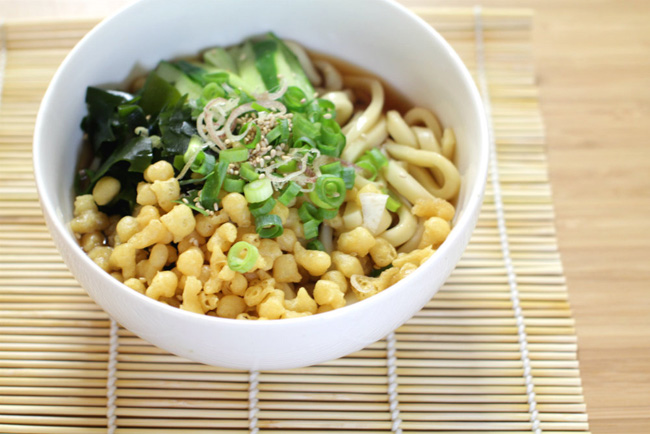 Udon noodles are thick white noodles made from wheat flour. They have a dense, chewy texture and a subtle flavor that’s greatly enhanced when eaten cold. Udon first arrived in Japan around the year 700, but it was mostly a traditional food eaten in temples or during formal tea ceremonies until the 17th century when it became an everyday food in Japan.

One of the most popular ways to eat udon during the summertime is “hiyashi tanuki udon”. It’s a dish of chilled udon noodles eaten with crunchy tenkasu topping (leftover tempura crumbs) and mentsuyu sauce, along with ingredients like sliced cucumber, tomato wedges, boiled egg, and wakame seaweed.

If you’re trying to order hiyashi tanuki udon in a restaurant, one thing to watch out for is the name of the fish, as it can vary depending on where you are in Japan. In the Tokyo area, udon topped with crunchy tenkasu topping is called “tanuki udon”, but in the Osaka area, the same dish is actually called “tenkasu udon”.

Whatever name it goes by, hiyashi tanuki udon is a refreshing and filling summer noodle dish. 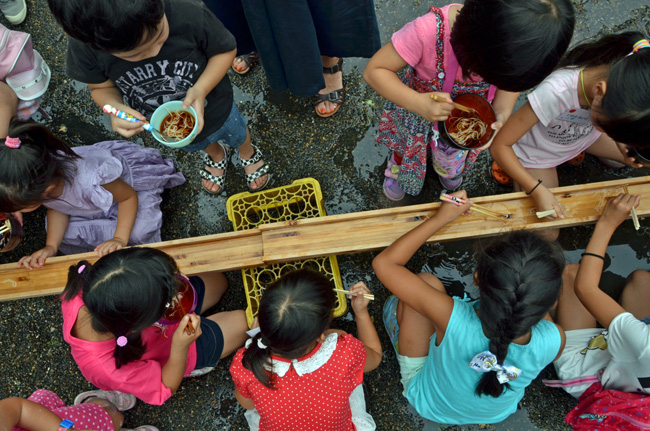 Somen is a Japanese noodle that’s made from wheat flour like udon, but is long and slender like vermicelli. It spread across Japan during the Edo period, with some of the very best somen coming from the modern-day Hyogo prefecture.

Somen is a perfect summer noodle dish because it’s typically served over ice or in a cold ice bath. During the summertime, many people host “nagashi somen” parties, a fun and social way of eating somen noodles. Bundles of noodles are dropped into cold flowing water and sent down a pipe made of split bamboo. Everyone then tries to catch the somen as it flows by, which requires some skill with chopsticks. The noodles can be enjoyed with toppings like hard-boiled egg, cucumber, and sesame seeds. It’s a unique summertime dining activity that can be enjoyed with many friends.

Chilled summer noodles are a delicious way to keep cool and nourished during the hot summer months. And, as the dishes are very flexible in terms of the types of noodles used and toppings added, they can be tailored for all tastes!