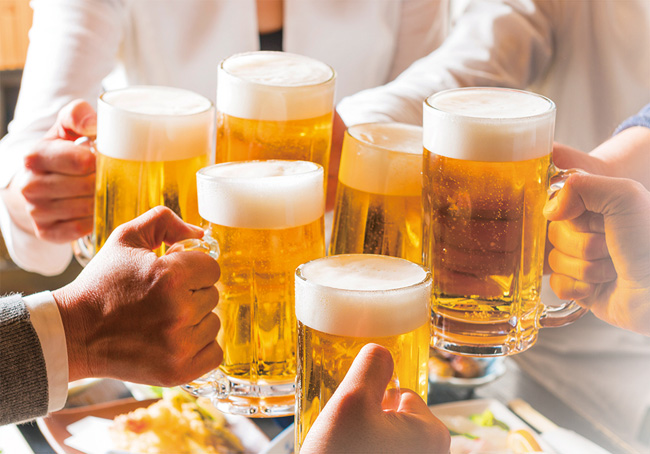 A mug of beer in one hand and snacks in the other. Boisterous chatter from all directions, across the room. These are the probable images a foreigner has of the Japanese Izakaya scene. Dishes generally found lining the tables in these eateries include edamame, cold tofu, salad, karaage fried chicken, yakitori, oden, sashimi, and tempura, among many others. Menus are comprehensive, you can find almost any Japanese dish. While the characteristic racket of the Izakaya communication culture remains, the dishes on the table evolve with time. The trending Izakayas at present have one thing in common. And that is the signature dining concept of casual dining and loud chatter. Traditional dishes are not forgotten with evolution. You can still find these dishes on the menus of these new-age Izakayas.

As new trends emerge with time, patrons of new generation Izakayas also exhibit evolving tastebuds. One of such emerging trends is the use of coriander as an ingredient. Coriander is originally an ingredient that plays a supporting role in ethnic dishes. But recently, it is increasingly found as a main dish in Izakayas. One such dish is the pork belly stewed with coriander roots flavoured with chinese seasonings. The main ingredient here is coriander, and many of such coriander-based dishes are appearing. There is also batter-fried coriander root. Even Izakaya standard fares like the potato salad now also feature coriander. But that's not all. Dishes that go well with alcohol are even infused with coriander! 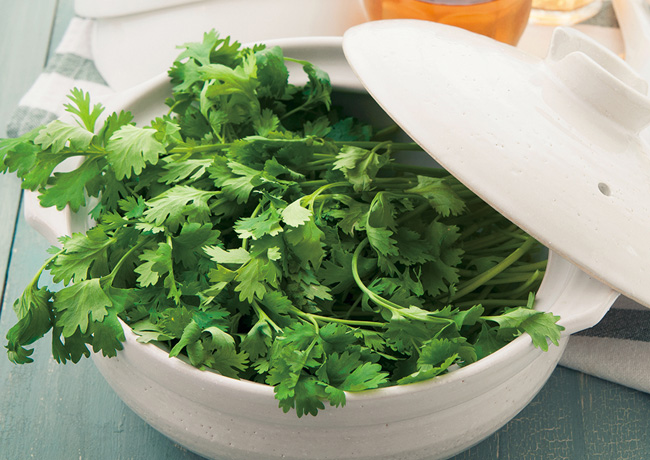 The Gurunavi Research Institute awards the most popular dish every year and “This year’s dish (R)” award for 2016 goes to “Coriander dishes”. Gurunavi Research Institute uses data from big data mining, keyword searches, member surveys and a judging panel made up of media personalities to choose the winner. This just attests to the extent of widespread popularity for coriander dishes. 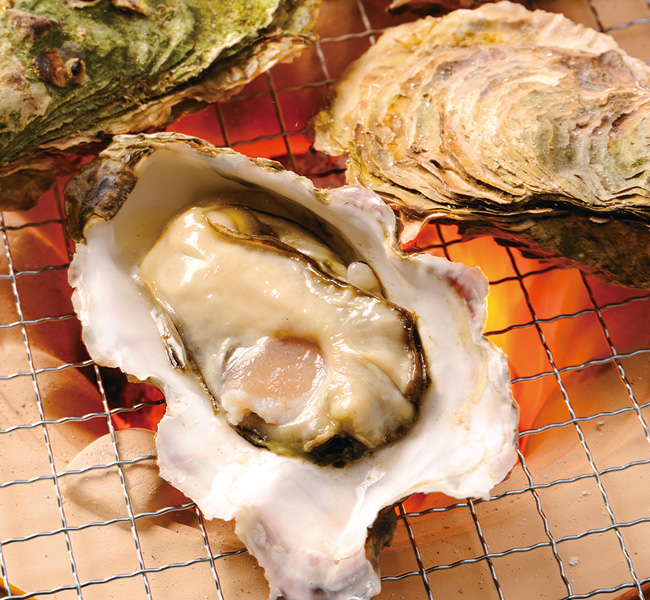 Oyster and sea urchin are two shellfish ingredients that are currently trending. You may be familiar with raw butter oyster but in Japan, there is a high concern for food safety and hygiene. As such, it is becoming common to show photos of the faces of the producers in Izakayas. Consumers have a peace of mind knowing who are the producers of the food they are eating. 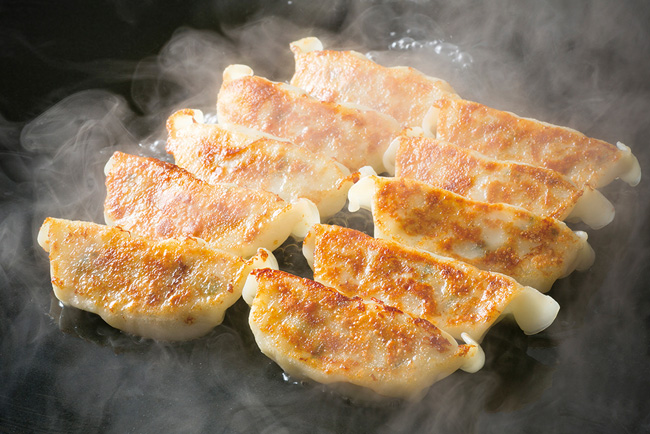 There’s another trend that you should not miss, the gyoza boom. While gyoza is a part of Chinese cuisine, recently it is increasingly commonly found in Izakaya menus as well. What’s interesting about the gyoza here is the unique variations, such as coriander gyoza, tomato cheese gyoza. Such new fusion styles are constantly appearing. It is becoming so popular that a gyoza specialist sake bar has appeared in the food scene. By the way, “Evolved Gyoza” was chosen for a special award at the annual “This year’s dish (R)” award for 2016. 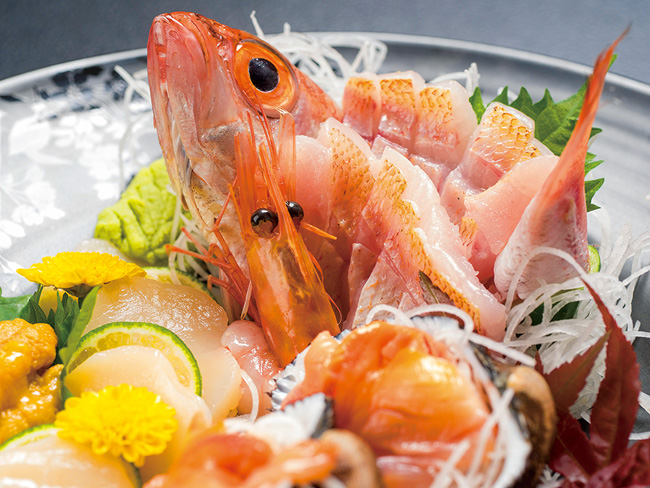 Another new trend in Izakaya is traditional local food. Izakayas that focus on a region and go all the way to specialise in that area seems to be trending. So let me introduce some of these local dishes. One of them is Nodoguro dishes. Nodoguro, or the helicolenus hilgendorfi is a white fish that can be caught from the Japan sea facing the northern part of Japan. It has a lot of fats and is called the “Toro of white fish”, and treasured as a luxury cuisine. It is traditionally eaten as sashimi or fried. But recently, Nodoguro specialists have appeared and are offering it shabby shabby style. Local foods from Kyushu Fukuoka are also gaining popularity. The menu includes dishes like mackerel sashimi with shoyu base and sweet spicy sauce, perfect for Japanese sake. These dishes are of course found in Izakaya specialising in Kyushu food, but sometimes you can find those skilled in culinary art and seafood specialists. 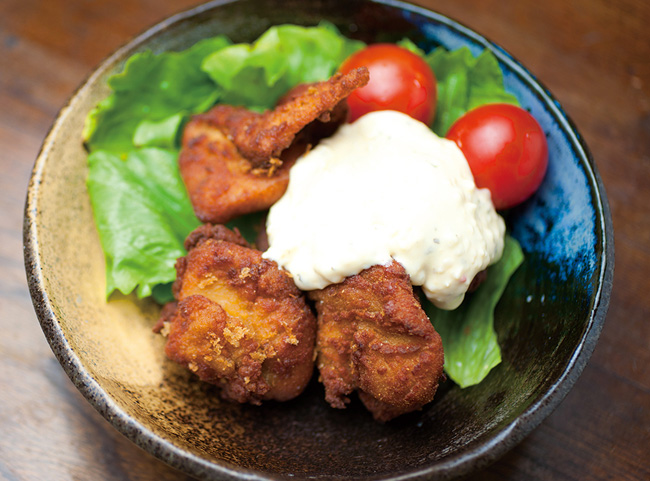 Another Kyushu dish that you should not miss is the Chicken Nanban. This dish originated from Miyazaki prefecture, and it is deep fried chicken laced with tartar sauce and sweet vinegar sauce. It goes well with any alcohol, from beer to highball. It is a staple in many Izakaya and it is also popular as a lunch menu.

Another trending dish from Tohoku Miyagi is the Parsley hot pot. It is a hot pot dish that features parsley roots harvested from autumn to winter. Chicken, mushroom and leeks are also added. It is a popular seasonal menu enjoyed in winter, not only by those in Miyagi but also at specialised Izakaya.

So it seems that the trend is shifting towards a specialised menu for Izakaya. The common point is a focus on a unique style. The trending izakaya have their own personalities and are committed to bringing quality to their signature dishes, in their endless pursuit to bringing you delicious food. We hope you can discover these Izakayas who aspire to bring authenticity and enjoy these food trends.