Traditional Japanese cuisine, known as “washoku”, is a culmination of centuries of cooking practices in Japan. In 2013, it was designated a UNESCO Intangible Cultural Heritage, in recognition of the social customs that have been passed down in Japan for over a thousand years.

Washoku is, at it’s heart, a simple preparation of rice and side dishes made with a variety of seasonal ingredients. It’s this wide variety of dishes that allows the meal to become a palette of flavors and colors attuned with nature and the Japanese aesthetic. 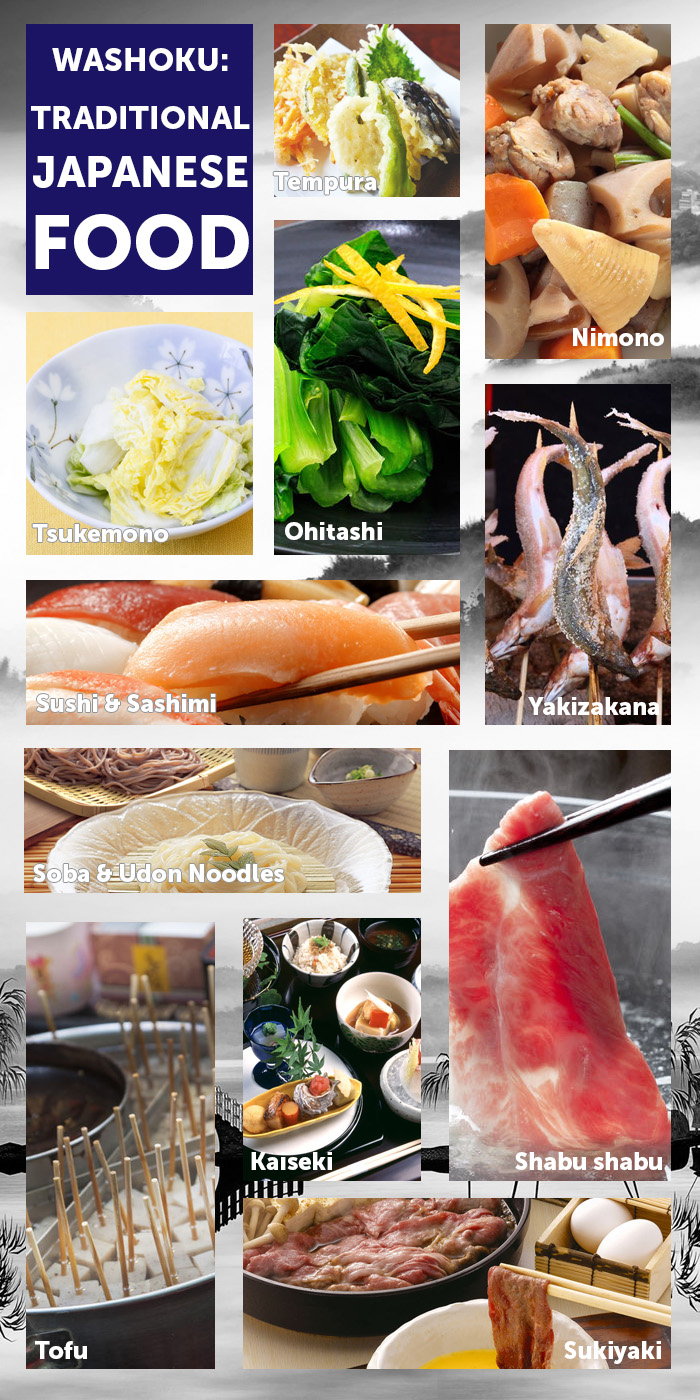 Washoku is distinguished from other kinds of cuisine now present in Japan, such as yoshoku (Western-style food) and chuka-ryori (Chinese food), by several main characteristics. 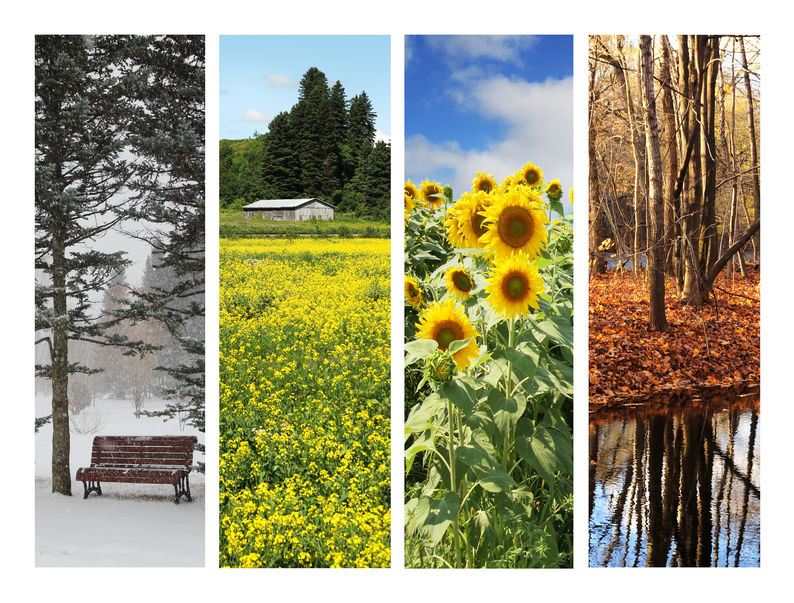 Japan has four distinct seasons, and the dishes served in washoku reflect that.

The rice and protein components are paired with local ingredients that vary by the season, from tender young buds from wild plants in the spring, to light pickled vegetables in the summer, chestnuts in the fall, and root vegetables in the winter. The seasonality of Japanese cooking culminates at the start of the new year in the gorgeous New Year’s meal called “osechi ryori”, where the colors and ingredients all hold special symbolism.

At the heart of a washoku meal is rice, the country’s most important staple, accompanied by fish, seafood, and seaweed. As Japan is an island nation and seafood is central to the traditional Japanese diet. For centuries, eating other meat was forbidden due to Buddhist traditions; however, in the past century, beef and pork have also become a part of the local diet. 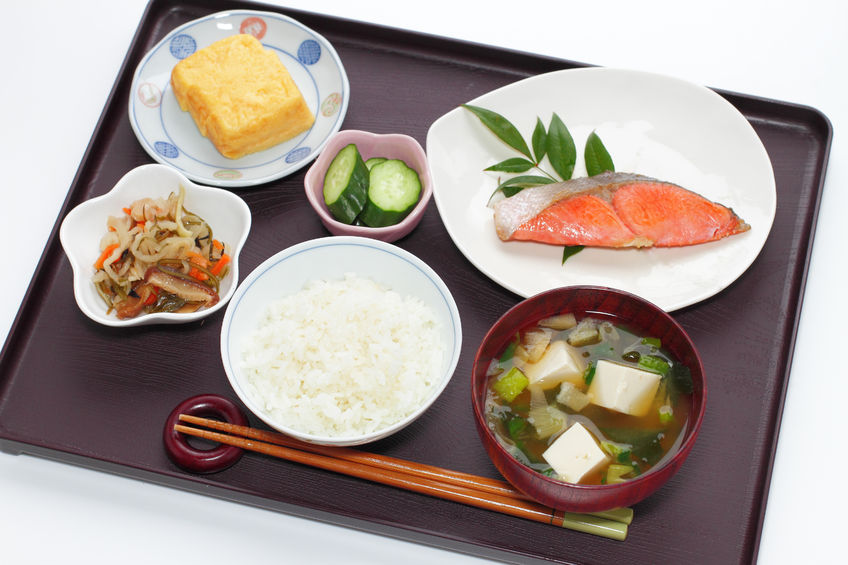 Traditional Japanese cuisine also focuses on balance, with preparation techniques that aim to draw out the natural flavors of ingredients rather than masking them in heavy sauces. The structure of a washoku meal relies on the principle of “ichi ju san sai”, or or the “one soup, three side dishes” meant to accompany a bowl of steamed rice. These dishes provide a variety of flavors and colors, as well as a well-balanced, nutritional meal. 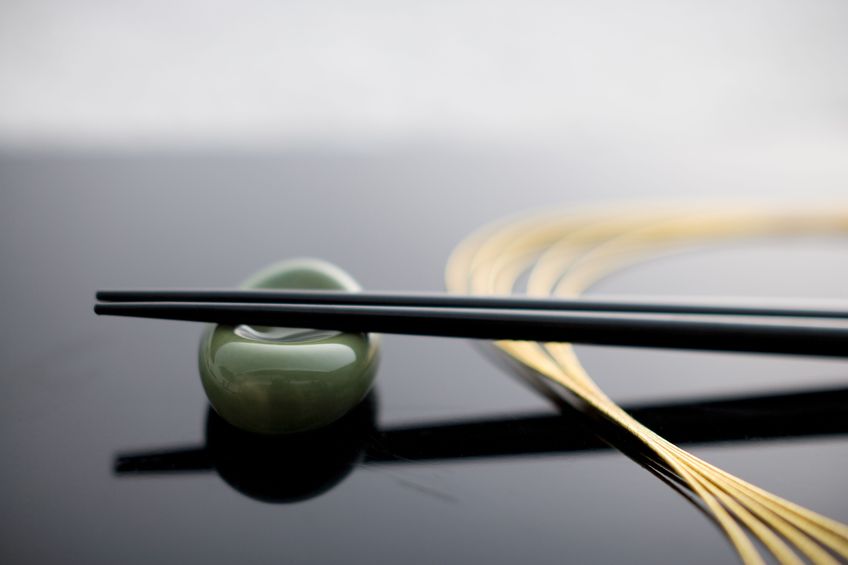 Washoku is not only about the food and ingredients - it’s also about the structure of the menu, the aesthetic plating of the meal, the use of traditional Japanese lacquerware, and the impeccable “omotenashi” or hospitality provided. It is for this reason that people say “itadakimasu” before eating and “gochisosama deshita” after a meal in thanks.

The Dishes of Washoku Cuisine

One of the things that makes washoku so popular and delicious is the wide variety of dishes and flavors to be enjoyed, so that washoku never becomes tiring. 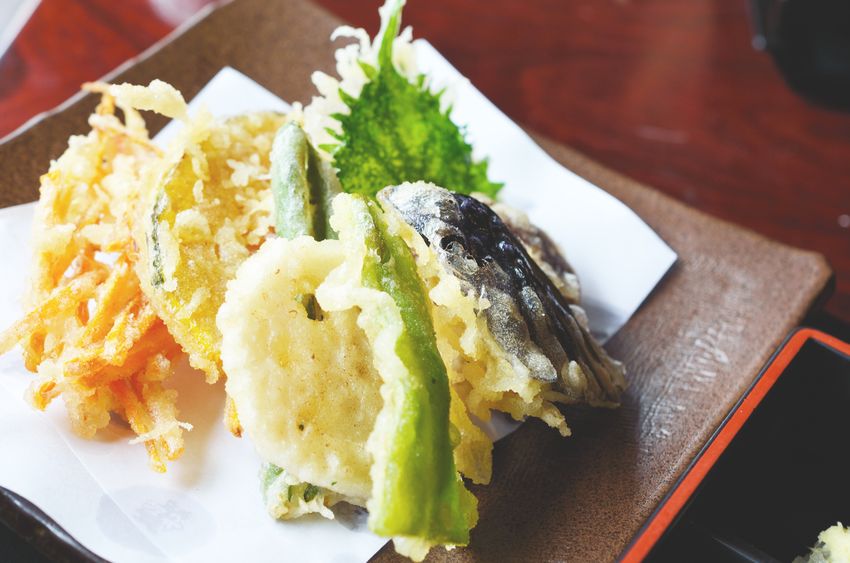 Tempura is a dish of battered and deep-fried ingredients that vary by the season. In the western Kansai region, vegetable tempura is more popular. It’s fried in a neutral oil and served with flavored salt for dipping. In the eastern Kanto region, tempura is made with both vegetables and seafood, which are fried in sesame oil until golden and served with a light soy sauce-based dipping sauce. 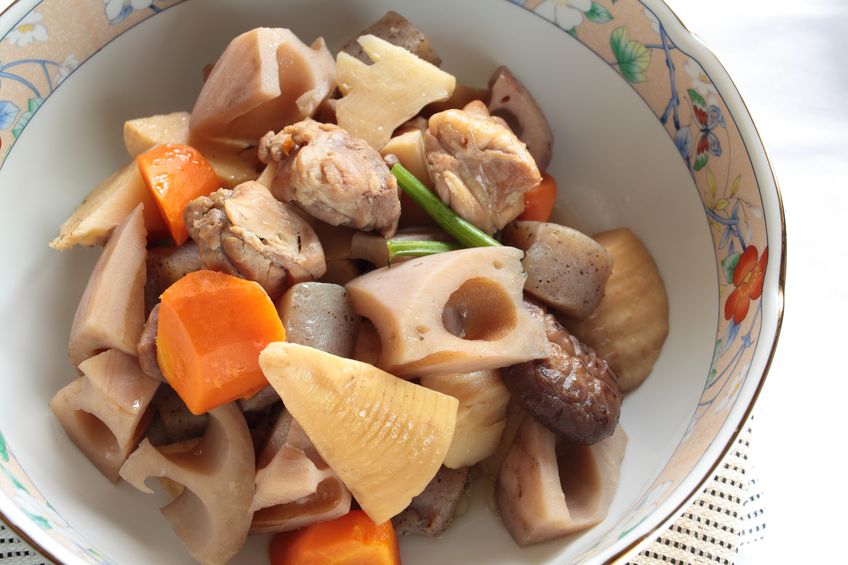 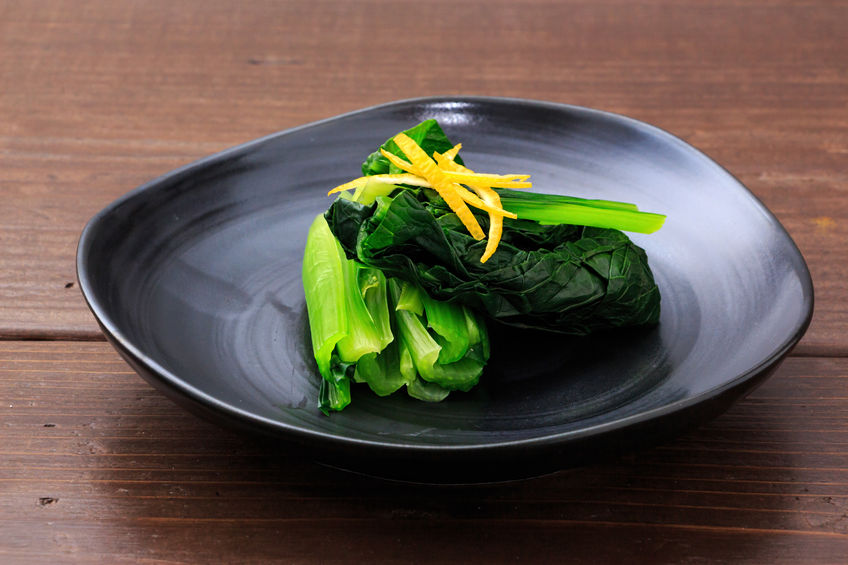 One of the best things about washoku is the wide variety of side dishes that allow you to sample many different flavors and textures at the same time. These include dishes like “goma-ae”, a type of cold salad that’s lightly tossed in sesame dressing before serving, “shiro-ae” (mashed tofu), and ohitashi, a dish of blanched green vegetables such as komatsuna (a native Japanese mustard spinach) dressed lightly in dashi, soy sauce, and mirin and garnished with bonito fish flakes. 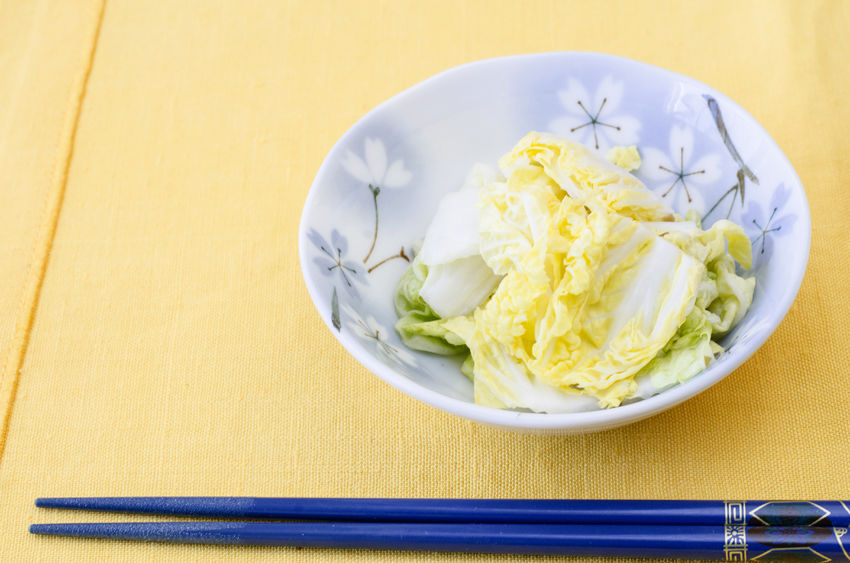 Japanese pickles, known as “tsukemono”, play a role in every traditional Japanese meal. They are made from cucumber, radish, cabbage, and other vegetables and provide a contrasting crunchy texture as well as healthy nutrients and probiotic cultures. There are various traditional pickling methods that are used for both vegetables and fish, including pickling in salt (shiozuke), vinegar (su-zuke), soy sauce (shoyu-zuke), miso soybean paste (miso-zuke), rice bran (nuka-zuke), and sake lees (kasu-zuke). 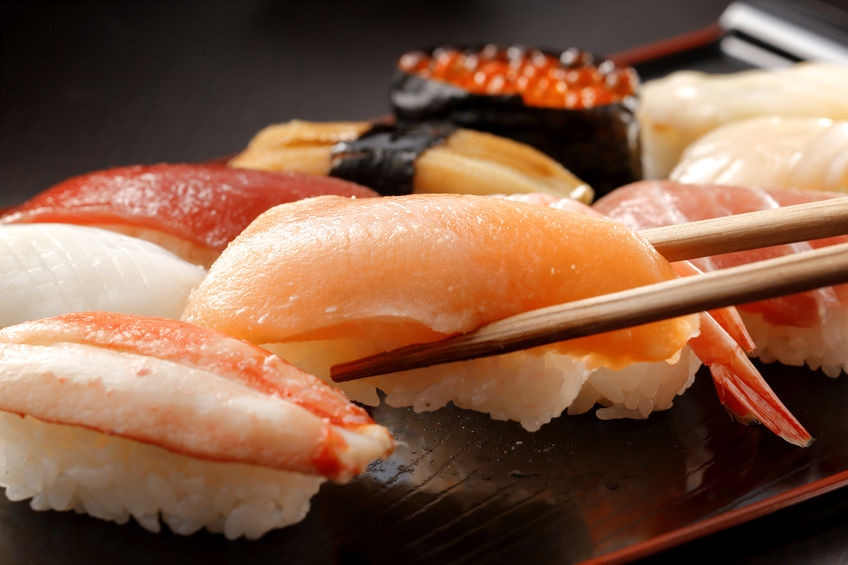 Sashimi, or thinly sliced raw fish, has been eaten in Japan since around 500 BCE, a practice that first arrived via China. In the centuries before modern refrigeration, fish that wasn’t eaten raw was preserved by fermenting it over rice. The rice was discarded after fermentation was complete, but gradually this rice came to be eaten with the preserved fish, which later became modern sushi. 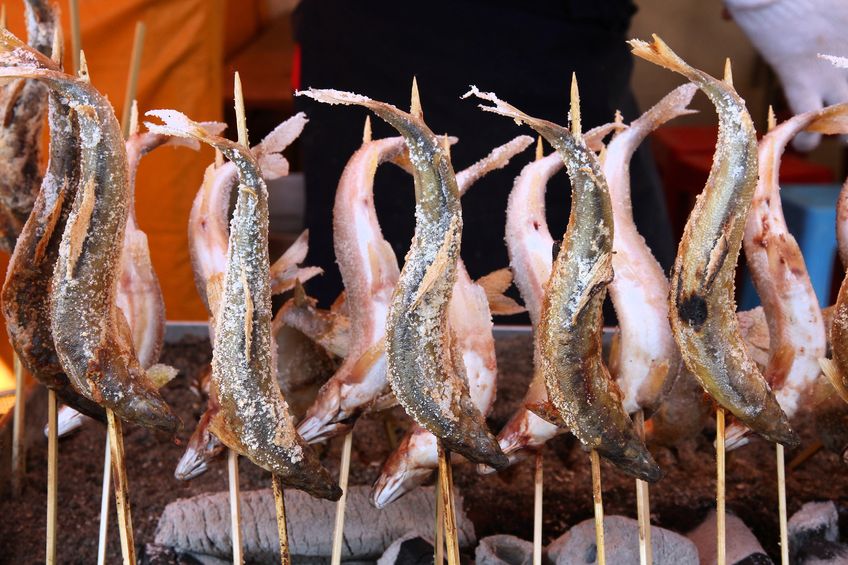 Yakizakana is a dish of cooked fish that’s often served as the main protein in a washoku meal. When seasoned with salt and grilled over charcoal, the dish is called “sakana no shioyaki”. Fish can also be cooked teriyaki style with a soy sauce glaze, “saikyo-yaki” style marinated in saikyo miso, and “mirin-zuke” style marinated in mirin (sweetened rice wine) before grilling. Almost any kind of fish can be used for yakizakana, but popular fish include saba (mackerel) and salmon. 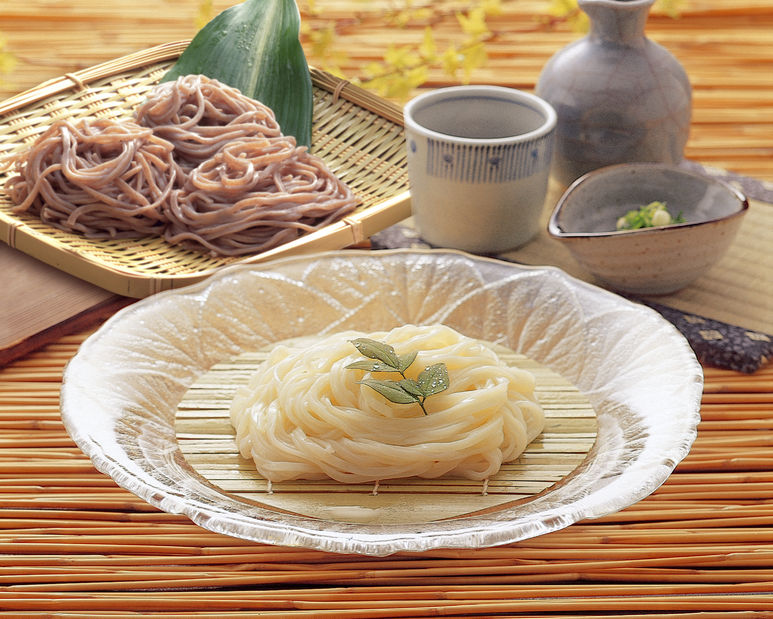 Soba and udon are two of the main noodle dishes in Japan. Soba are long, thin noodles made with buckwheat flour that are very healthy, while udon are white flour noodles that are thick and chewy. They can be served in a hot broth or chilled “zaru” style, drained on a basket with a cold dipping sauce. 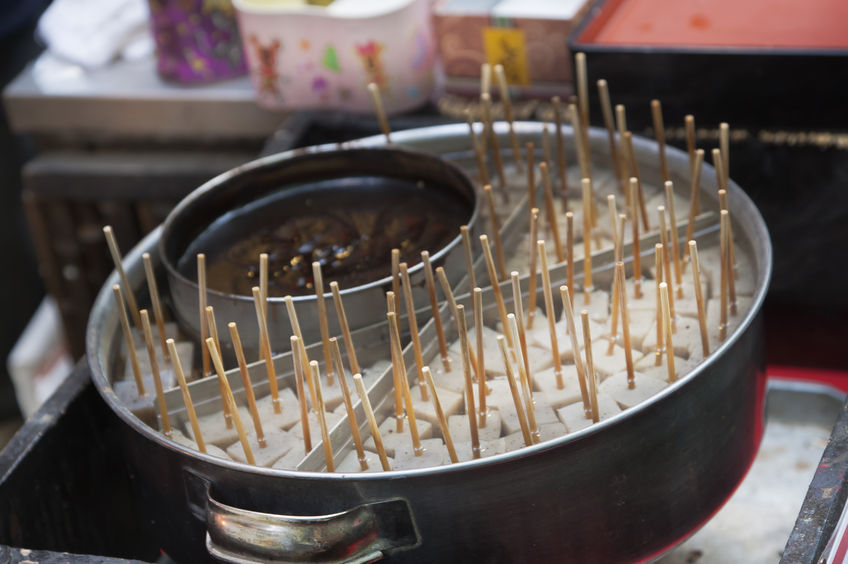 Along with fish, tofu has historically been an important part of the Japanese diet due to the traditional Buddhist strictures against eating meat. It can be deep fried and served in dashi broth for the dish “agedashi tofu”, simmered simply in water and eaten with soy sauce or ponzu dressing in “yudofu”, or glazed with miso and grilled “dengaku” style. Tofu dishes are an excellent choice for vegans and vegetarians who want to try Japanese cuisine. 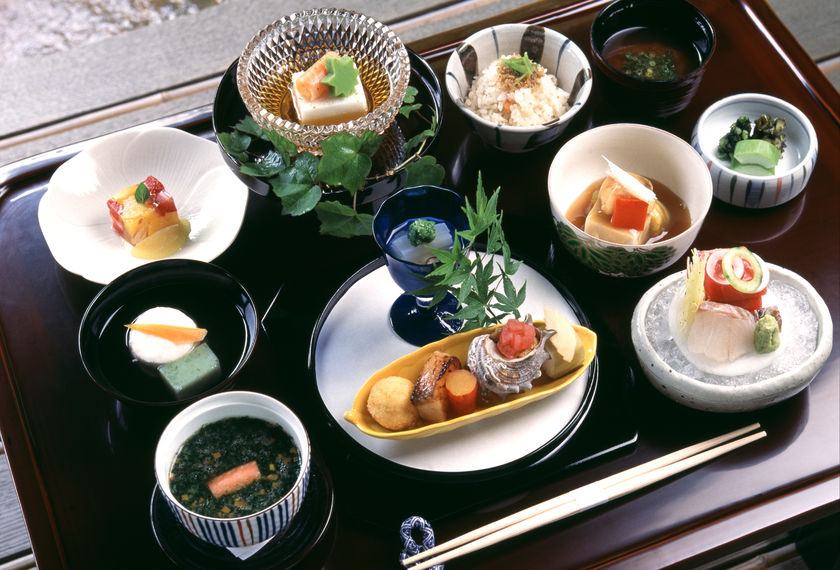 Kaiseki takes the main principles of washoku and elevates them to fine dining. It’s a traditional banquet meal comprised of small dishes masterfully prepared and served course by course. Ingredients are taken at the peak of their freshness and elegantly plated to represent the season. 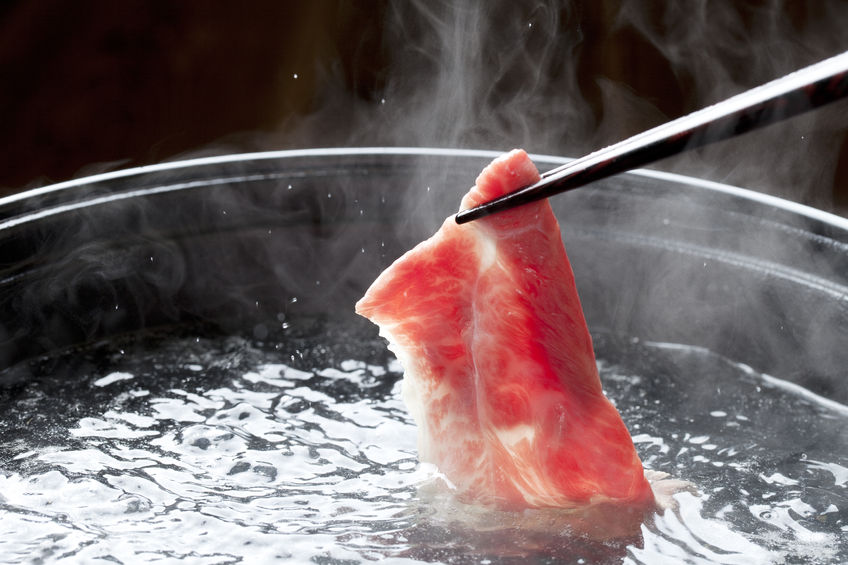 Shabu shabu is a hot pot dish of thinly sliced beef, pork, or seafood and vegetables cooked together in hot water seasoned with kombu kelp. The ingredients are cooked bite-by-bite tableside over the course of the meal, rather than all at once, similar to fondue. The cooked meat and vegetables are dipped in ponzu, (citrus and soy sauce), and goma dressing and eaten with rice. 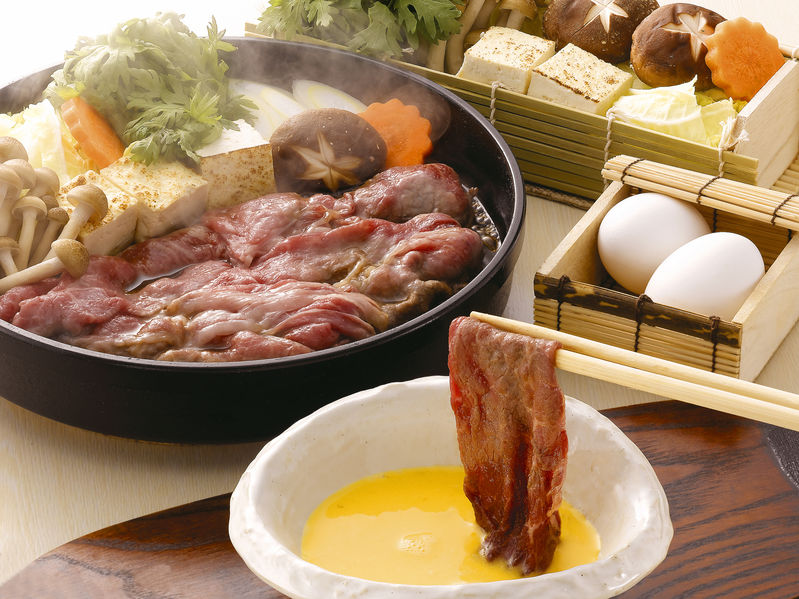 Sukiyaki is a hot pot dish similar to shabu shabu, made with thin slices of well-marbled beef and vegetables cooked in a sweet soy sauce broth. The tender cooked beef is dipped in raw beaten egg for a rich and creamy flavor. It’s the perfect dish for highlighting the flavor of domestic wagyu beef.

Be Enchanted and Fulfilled by Traditional Japanese Food

Washoku cuisine has been formally recognized as an important cultural aspect of Japan. Whatever dish you try, you can be sure you’re getting something made with delicious seasonal ingredients and carefully prepared to bring out the best flavors. For a list of places to try traditional Japanese cuisine on your next visit, check out Gurunavi’s restaurant listings. Itadakimasu!