An Essential Guide to Japanese Sauces and Condiments

An Essential Guide to Japanese Sauces and Condiments

Washoku, or traditional Japanese cuisine, is based around five essential ingredients referred to as “sa-shi-su-se-so”, which are used to create distinctly Japanese flavors. The five ingredients are sugar (sa), salt (shi), vinegar (su), soy sauce (se), and miso (so), which may be combined with dashi broth, sake, and spices to make a variety of sauces and condiments. Read on to learn more about the various sauces and condiments found in Japan. 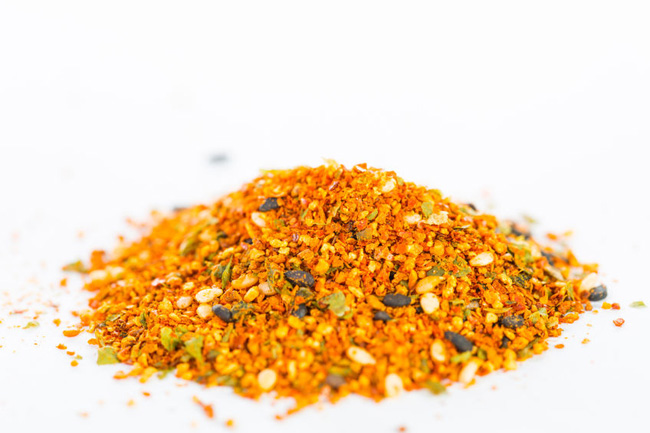 Shichimi togarashi, or “seven spice pepper”, is a spice blend made with red pepper and Japanese sansho pepper, along with dried seaweed, ginger, and sesame. It’s very flavorful, yet not too spicy, as Japanese cuisine tends to be less spicy than other Asian cuisines. Try it on a donburi rice bowl dish or with some soba or udon noodles. 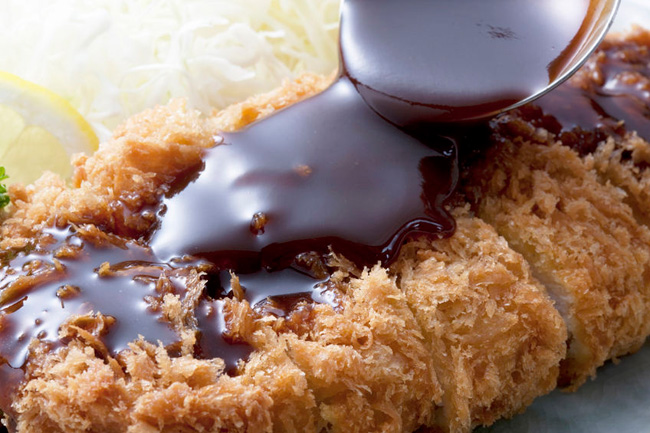 Tonkatsu sauce is a thick and fruity brown sauce used in Japan as a topping for katsu dishes like tonkatsu (fried pork cutlet), chicken katsu, and korokke (potato croquette); as a dipping sauce for kushikatsu (deep fried skewered foods); or as an ingredient to make yakisoba (fried noodles). Based on Western Worcestershire sauce, tonkatsu sauce is also called “usuta sauce” when it has a thin, more liquid texture, or “chuno” sauce when it has a medium-thick texture. Usuta sauce tends to be more popular in the western Kansai region of Japan, while chuno sauce is more common in the eastern Kanto region. Also similar are okonomiyaki sauce and takoyaki sauce, which use the same blend of fruits and spices as tonkatsu sauce. 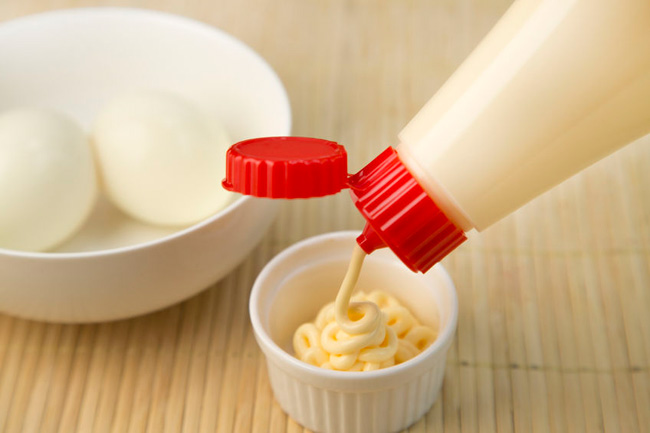 Japanese mayonnaise is a sauce with many hardcore fans, thanks to its unique flavor and smooth texture that stand out from Western-style mayonnaise. It’s made using more egg yolks than Western-style mayo and no egg whites, which give Japanese mayo a rich and creamy flavor that’s balanced with a tangy blend of spices and a touch of MSG for a punch of umami flavor. 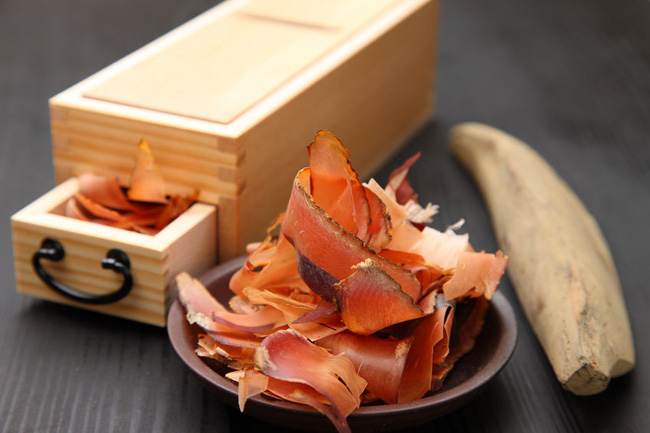 Bonito flakes are made by shaving paper-thin pieces off a dried bonito (skipjack tuna) fish. They can be steeped in water to make an umami-rich dashi broth or used as a topping for a variety of dishes, including okonomiyaki, takoyaki, and ohitashi (cold spinach salad). The paper-thin fish flakes react to heat, which creates the illusion that they are alive and moving when they are added to hot food. 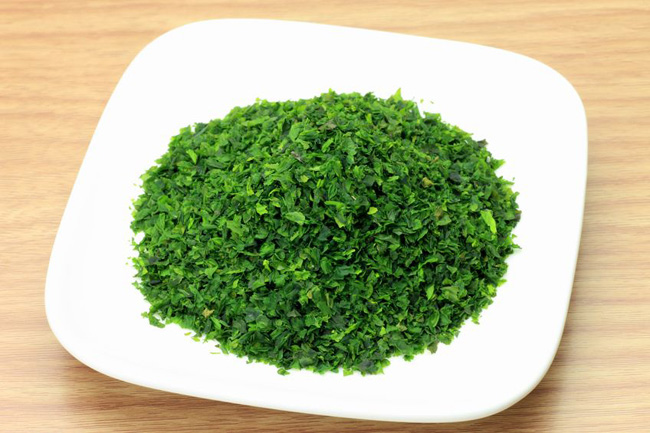 Aonori is a condiment of finely powdered nori seaweed. It’s typically eaten over fried teppan dishes, such as yakisoba and okonomiyaki, or takoyaki along with Japanese mayonnaise, bonito fish flakes, and benishoga (pickled ginger). 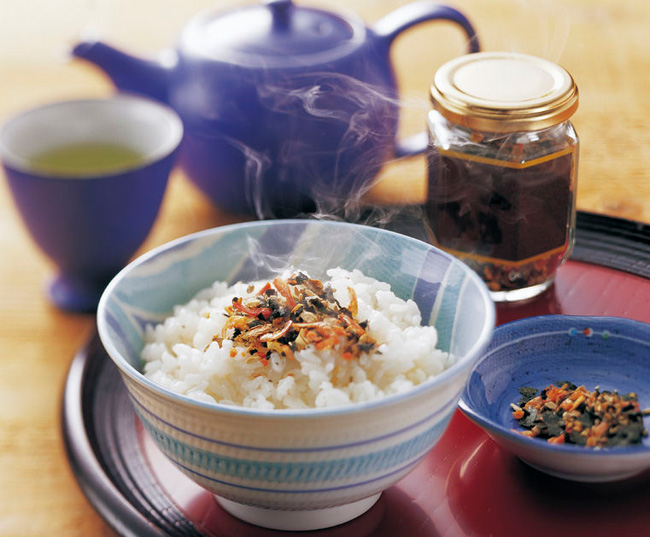 Furikake is a salty Japanese condiment that blends together various seasonings that pair well with rice. It was created during the post-war period as a food ration that could be added to improve the nutritional value of any meal. Common ingredients include fried fish, dehydrated egg, shrimp, nori seaweed, ume plum, and shiso herb. Today, it’s still popular to eat with onigiri rice balls, sprinkled over okayu rice porridge, or as a topping for ochazuke (a bowl of rice and various toppings over which hot tea or broth is poured). 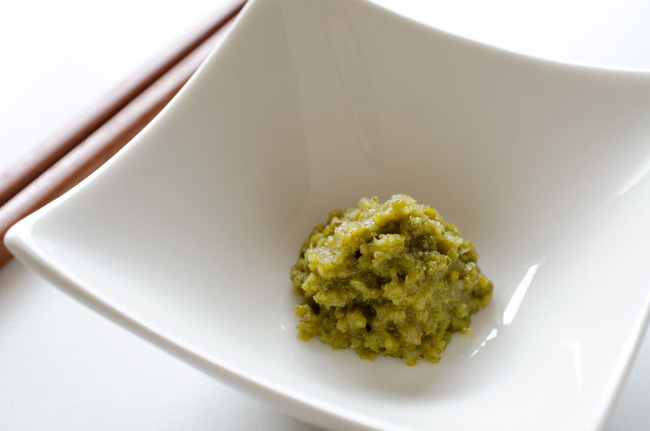 Yuzukosho is a Japanese condiment of yuzu citrus peel and juice ground together with green chilies and salt. It’s adds a delectably tangy flavor to grilled wagyu beef and yakitori. 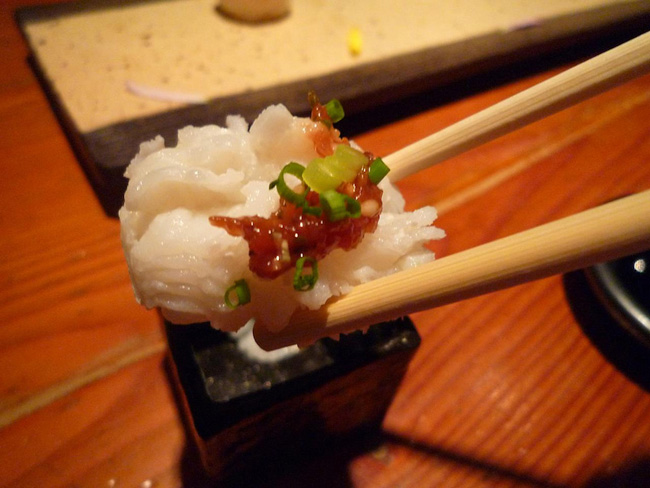 Umeboshi is a sour pickled Japanese plum that packs a lot of flavor. When the pit is removed, umeboshi can be mashed into a paste that can be used as a condiment for eating yakitori, as a topping for ochazuke and okayu or cold noodles, or as an ingredient in salad dressings. Ume is a popular summertime ingredient because it’s believed to be good for combating heat exhaustion. 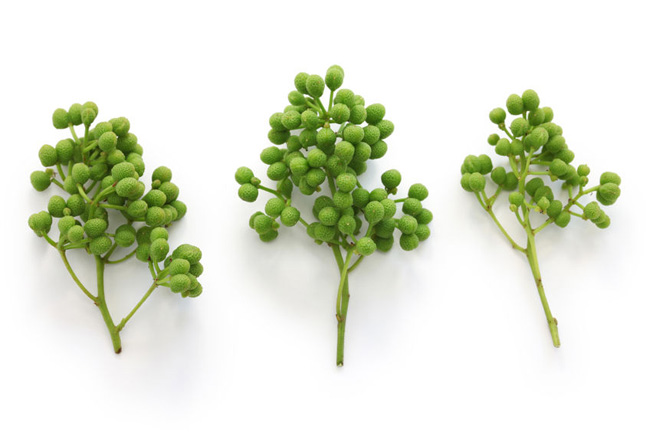 Sansho pepper is a type of spice that’s commonly used to season grilled foods like eel and yakitori. It’s made from a small green peppercorn that has a sharp tingly spiciness with a citrusy flavor. 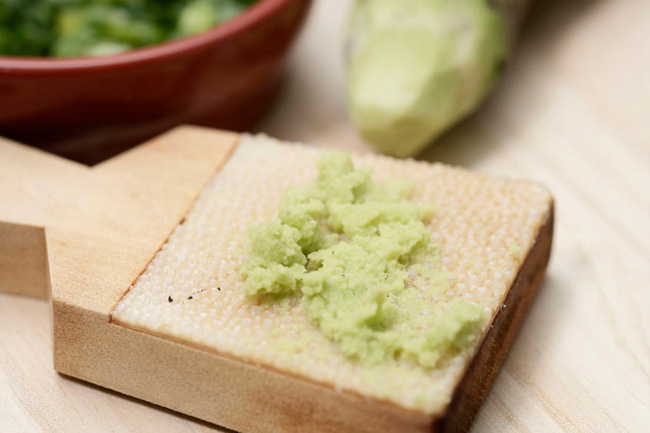 Wasabi, or Japanese horseradish, is a root that’s freshly ground into a spicy paste used to season all kinds of dishes, including grilled beef and chicken, cold noodle dishes, and ochazuke (a dish of rice and toppings with hot tea or broth poured over it). While outside of Japan, wasabi is known mostly as a condiment for sushi and sashimi, the wasabi that’s offered is typically imitation wasabi made from Western horseradish and food coloring. 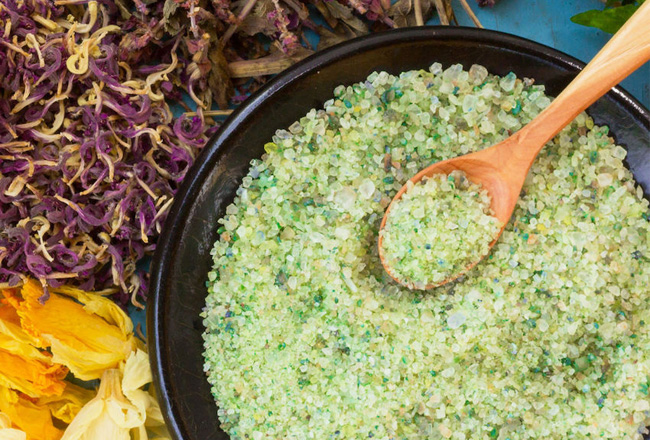 Matcha-shio, or matcha tea salt, is a Japanese specialty of fine salt blended with matcha green tea powder. It’s an excellent alternative to dipping sauce for tempura, that allows you to enjoy the crisp texture of tempura without any sogginess. 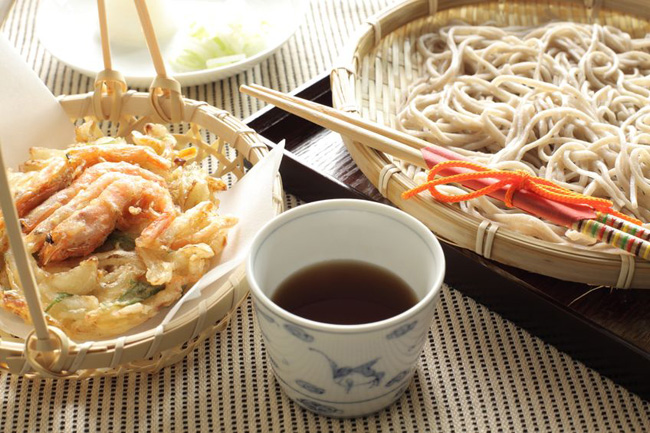 Tsuyu is a concentrated dipping sauce used for tempura or for soba, udon, and tsukemen noodles where it’s often referred to as “mentsuyu”. It’s made with a soy sauce base, blended together with a flavorful dashi broth of bonito fish flakes and kelp. After you finish dipping your noodles, at some restaurants you can ask for “soup-wari” to pour into the concentrated mentsuyu to make a flavorful soup for drinking. 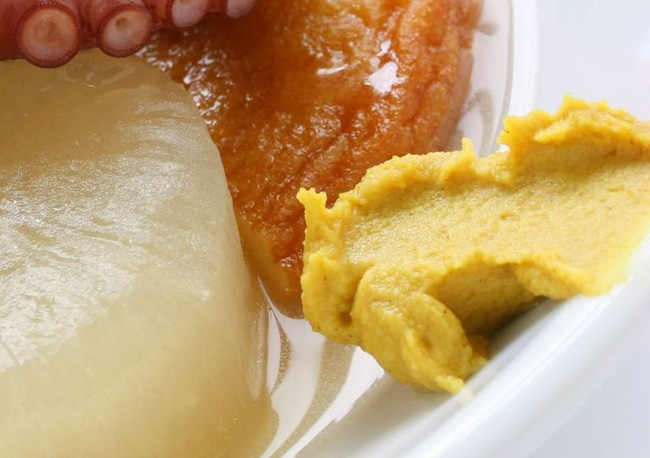 Karashi is Japanese mustard similar to hot English mustard, and packs a punch on the same level as wasabi. Where wasabi has a freshness, karashi is notably savory, and boosts the umami flavors of dishes, as well as cutting through the richness of meat dishes. It is found served with an array of food, in particular, yakiton (grilled pork skewers), oden (a type of Japanese hot pot), buta no kakuni (braised pork), and natto (fermented soy beans). It can be bought in both paste and powder form. 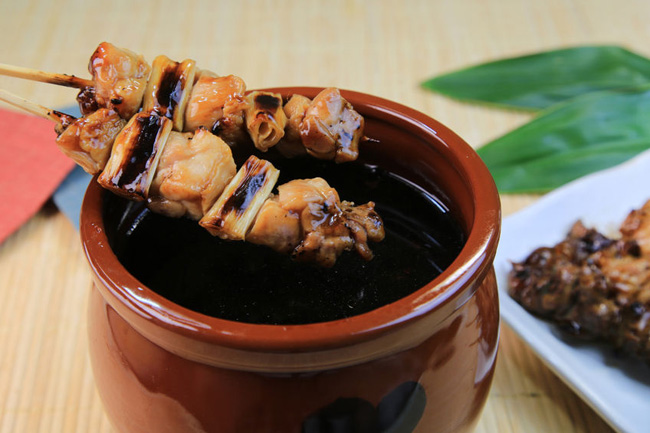 Tare sauce is a soy sauce-based sauce commonly used for grilled foods. It can be applied as a marinade for yakiniku barbecue or used as a dipping sauce after grilling for anago (roasted conger eel), yakitori, and other types of kushiyaki (grilled skewers).

Spice up Your Meals with an Assortment of Japanese Seasonings

Japanese condiments and sauces offer a unique flavor not found in any other cuisine. Be sure to check out the wide variety of flavors used in Japanese cooking on your next trip to Japan, and visit the Gurunavi listings for the best Japanese restaurants throughout the country. Itadakimasu!