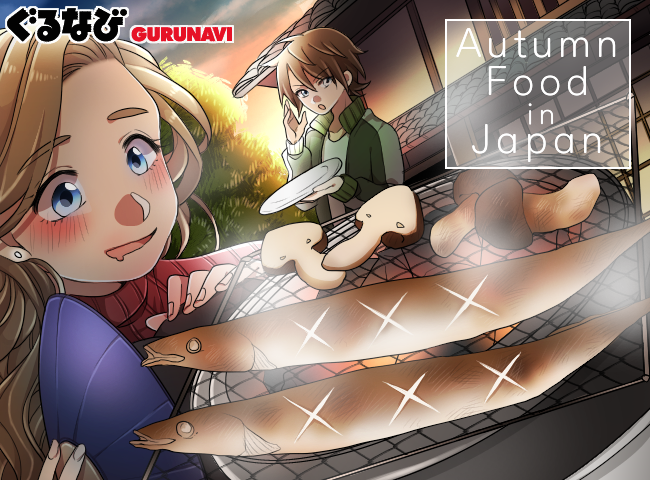 Japan has several renowned sayings about autumn - “minori no aki” - autumn harvest, “shokuyoku no aki” - autumn is the season of hearty appetites, and “aki no mikaku”, the taste of autumn -- all indicating that autumn in Japan is a season is known for its delicious food.

Japan has four very pronounced seasons, with steamy summers, snowy winters, cherry blossom-filled springs and colorful, cool autumns. Shun is the Japanese principle of eating ingredients when they are in season, for optimal taste and nutritional benefits, such as eating eggplant and ayu fish in summer, turnips and kabocha pumpkin in winter and bamboo shoots and asari clams in spring. Read on to find out about some of the signature fall ingredients, and how they help create the wonders of Japanese autumn food!

Japanese Autumn Food from The Sea 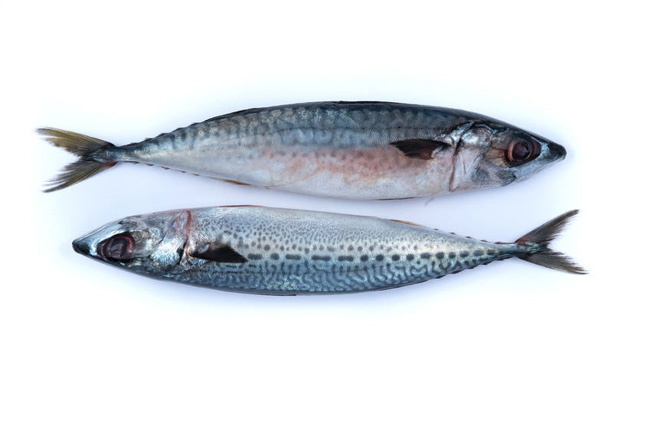 Saba, known as mackerel in the West, is part of the aozakana (blue fish) group that comes into prime from mid-autumn throughout the winter months. As the waters turn cold during, the fish fatten up to keep warm, which results in juicier, richer and generally more flavorsome fish. 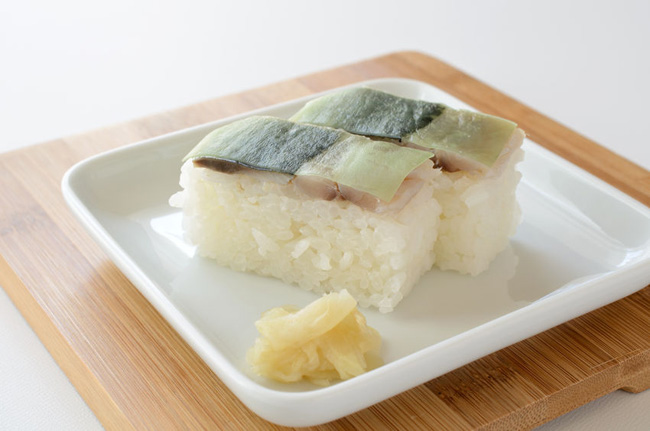 Akisaba (“autumn saba”) can be bought easily at supermarkets and restaurants in Japan, and is a delicious ingredient that is also a great example of Japanese autumn food. Served raw as sashimi, or as a neta (topping) nigiri or oshizushi, the fattier akisaba meat has an extra tenderness, and melts in your mouth. When eaten pickled, saba may come as shime-saba, which has been marinated in salt and vinegar, or saba heshiko zuke, in which the mackerel is pickled in miso and sake kasu (lees). Saba is also popularly served butterflied and grilled whole (saba shioyaki); dressed with miso sauce and grilled (saba misotake), sliced and served aburi-style, with the top lightly cooked with a blowtorch; dusted in flour and deep-fried as karaage, or in a simmered dish, such as saba miso ni (saba braised in miso). Because saba is an oily fish, it's especially delicious when paired with sharp condiments like shoga oroshi (finely grated ginger) and lemon.

There is a common adage that “you only eat oysters in ‘R’ months”. When combined with the Japanese proverb, “do not eat oysters after cherry blossom (April)”, you have an oyster season in Japan that starts in September and continues through April. During summer, oysters devote their energy to spawning, meaning they tend to have little meat. In autumn, the cooler waters and lack of reproduction responsibilities means the oysters grow plumper, and are characteristically more flavorful - sweet, briny and juicy. The key oyster-growing regions in Japan are Hokkaido, Miyagi, Okayama and Hiroshima, and during oyster season these regions have food-laden festivals to celebrate. 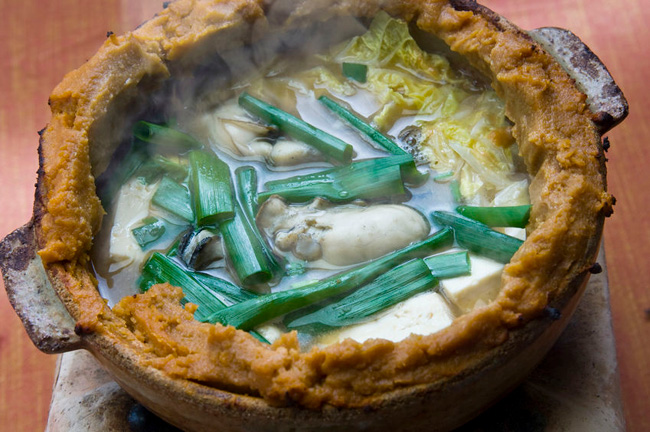 As in other countries, oysters may be eaten raw in a half-shell (nama-gaki). However, you may find it surprising that in Japan - known for its raw cuisine - oysters are usually served cooked in some way. This includes being grilled; served in nabe (hot pot), such as kaki dotenabe; used as an ingredient for shabu shabu; breaded and deep-fried (kaki furai); steamed with sake in a can (gan gan yaki); or steamed with rice (kaki-meshi). When eaten raw, oysters are often served with ponzu (a vinegar and citrus-based sauce) called sugaki, which “cooks” the oysters a little. However you choose to eat them, they make up some of the tastiest possible Japanese fall dishes! 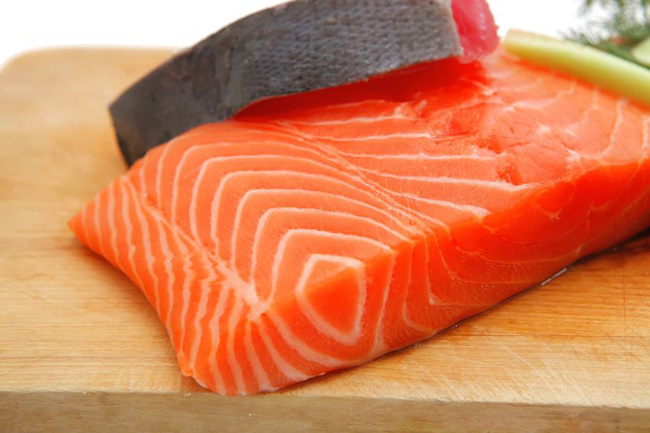 While salmon can be found year-round in Japan from September to November, it is known to be a particularly delicious Japanese autumn food--in fact, it may be referred to as "akisake" (autumn salmon). Salmon are born in rivers in Japan, go out to sea to mature, then come back to the rivers to spawn. On their way back, the fish are mature and fat, have taken on nutrients to spawn, and the females are full of eggs. Because of this, it also means you can find fresh sujiko (salmon roe) being sold this time of year, and ikura (cured salmon roe) is known to be at its best. 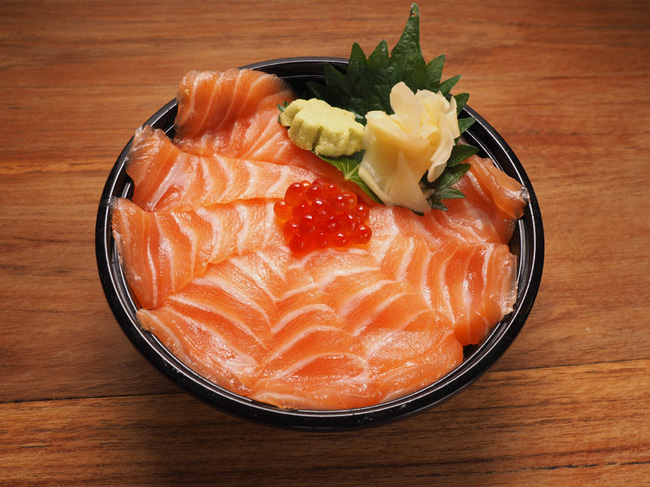 Salmon is eaten in many forms in Japan. Raw in sushi and sashimi; zuke-salmon, pickled in soy sauce or vinegar; atop a bowl of rice as sake-don. Cooked, it often comes grilled plain, to allow its natural flavor to shine, or marinated shiokoji-zuke (marinated in salt koji) or saikyo-miso-zuke (marinated white miso), which gives the rich salmon a sharper, saltier edge.

Japanese Autumn Food from The Land 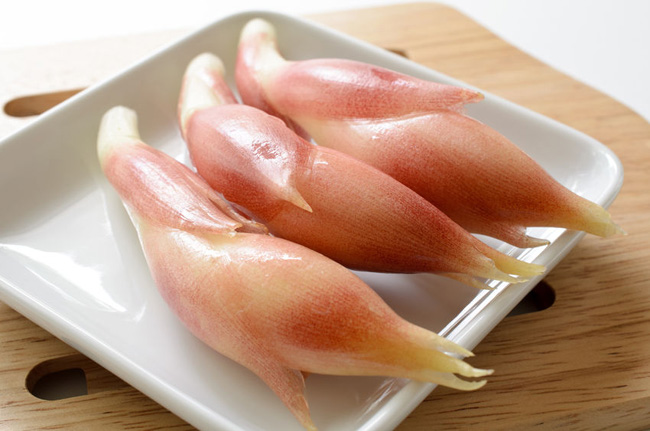 Myoga is a variety of ginger that is native to Japan, but has a more subtle, less spicy and slightly sweeter flavor than ginger. It comes into fruition in two seasons - summer (natsu-myoga) and autumn (aki-myoga). The type of myoga, which is above the surface of the ground, dries up in winter. Sprouts of summer myoga appear in May and sprouts of autumn one appear in September. Myoga that blossom in summer are of a smaller size, and autumn myoga of bigger size. Over summer, when it is hot, the myoga plant stores nutrients in its root, so by autumn, this root has become larger and contains an abundance nutritional elements such as folic acid and potassium.

Myoga is most commonly used raw as a condiment in both Japanese autumn food as well as summer fare, for example, sliced and served on top of hiyayakko tofu. Along with wasabi, shiso (perilla leaf) and daikon radish, it falls into the medicinal group of Japanese condiments known as yakumi. Myoga may also be served with miso as an appetizer, pickled and added to salads, cooked in nimono. In some parts of Japan, cakes containing myoga are eaten, for example myoga-mochi in Gifu Prefecture, and myoga manju in the Kumamoto Prefecture. 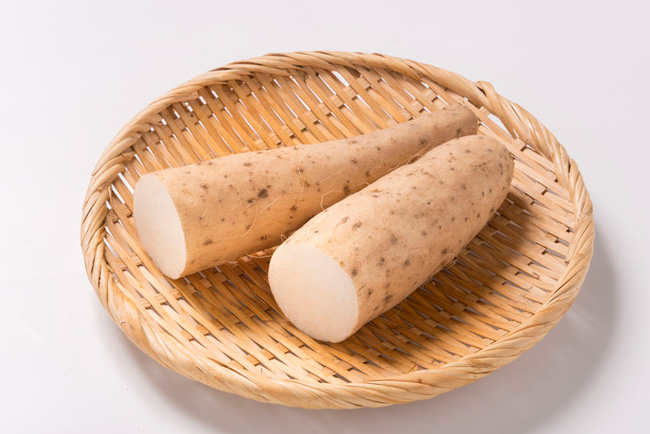 Yamaimo is a root vegetable native to Japan, and has been cultivated there since the Stone Age. A long, cylindrical root with rough textured skin, yamaimo falls in the potato group (“yama” - mountain, “imo”- potato). From late autumn, the nutritious components of the yamaimo are stored in the roots. Tiny yamlets called mukago that grow in the vine drop to the ground, and germinate in the next spring, taking about two to three years until mukago becomes a size for cultivation. 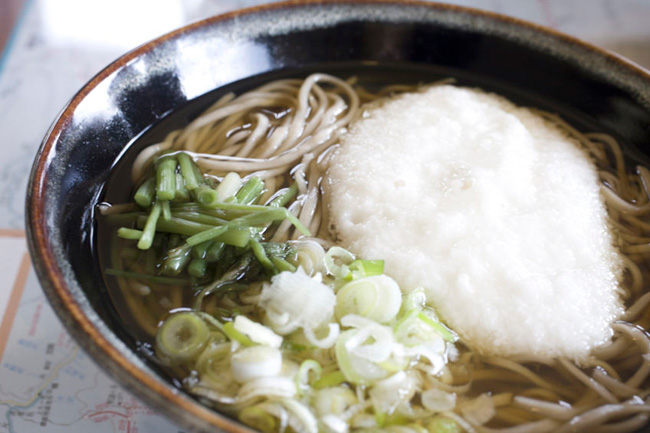 A staple of Japanese fall dishes, yamaimo can be served in a variety of ways. When eaten raw is crisp, crunchy and refreshing. However, when grated, becomes a thick, sticky, glue-like substance due to its high mucilage content, which allows the root to store water. This sticky mass is known as tororo, which is eaten on of top rice, bowls of noodles or used as a binder. When whole, it can cut and served tempura-style, braised, broiled, and roasted. A popular dish is yamaimo cut into thin rods and served with wasabi, tsuyu and bonito flakes. 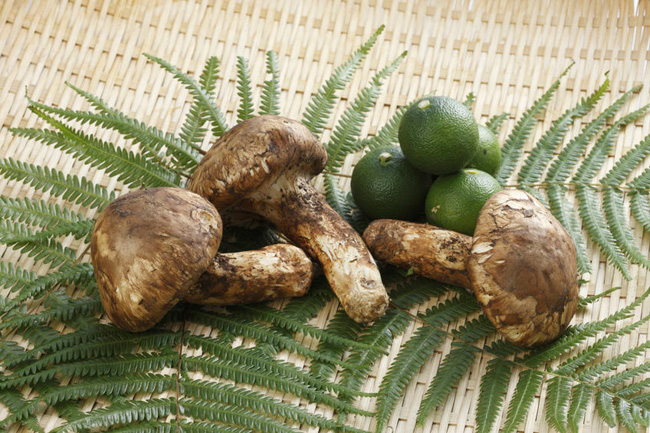 The plump mushrooms that you see on sale during autumn in decorative timber boxes for several thousand yen are matsutake. Matsutake is a variety of mushroom that grow on the roots of the red pine tree, “akamatsu”, and are harvested when the cap is not yet open - as the characteristic sweet, earthy, and piney aroma will fade away when it does. They are prized in Japan for their rich, “umami” flavor, intense aroma and dense, chewy texture. Matsutake have been consumed in Japan for thousands of years, with remnants dating back to 3BC, although in recent years, crops have have been declining. In addition to this, matsutake are very difficult to grow artificially, contributing to the mushroom’s high and fluctuating prices, and luxury status. As they’re only available in autumn, from the end of August to end of November, the scent of matsutake is a signature of Japanese autumn foods and the colder season that comes with them. 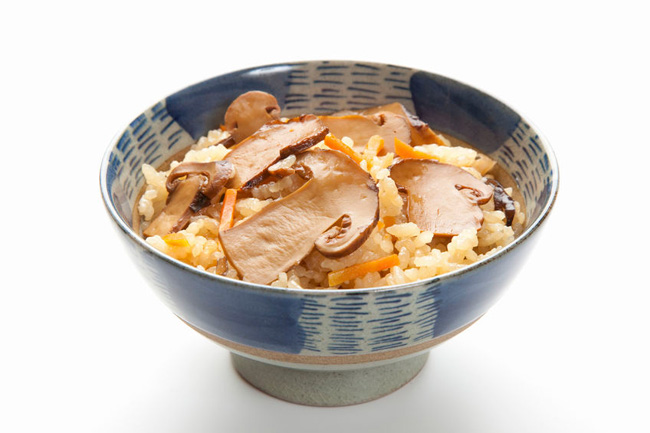 Matsutake can be grilled whole, but as their flavor is strong they but are commonly used sparingly. They usually appear with a range of other ingredients, such as soups, or with rice as matsutake-gohan - dishes where the aroma of the mushroom can permeate. They feature in chawanmushi, and a special soup called “matsutake dobin mushi,” served in a clay pot called a dobin, and which is flavored with matsutake mushrooms.

Japanese Fall Dishes Reflect the Beauty of the Season

Not only is autumn a particularly stunning time in Japan, with its canopies of red, orange and yellow leaves, clear skies and cool weather, it’s a time of many delicious Japanese autumn food varieties and their ingredients. Make the most of your visit to Japan by adhering to the time-honored tradition of seasonal eating, and enjoy Japanese cuisine at its tastiest!