Located on the central coast of Japan’s largest island Honshu, Kanazawa is an old castle city famous for its rich history and culture, preserved buildings, temples, geisha and samurai districts, and stunning gar-dens. But it’s not just historical attractions that bring visitors to the area—the city is known for its incred-ible cuisine made possible by its access to high-quality seafood, produce, and water, and cooking tech-niques passed down since the time of the Kaga Domain (the name of Kanazawa during the Edo period). While somewhat off the beaten path from Japan’s most popular tourist destinations, Kanazawa is defi-nitely worth the trek. To help you on your culinary adventure, we’ve put together a list of recommended Kanazawa food. 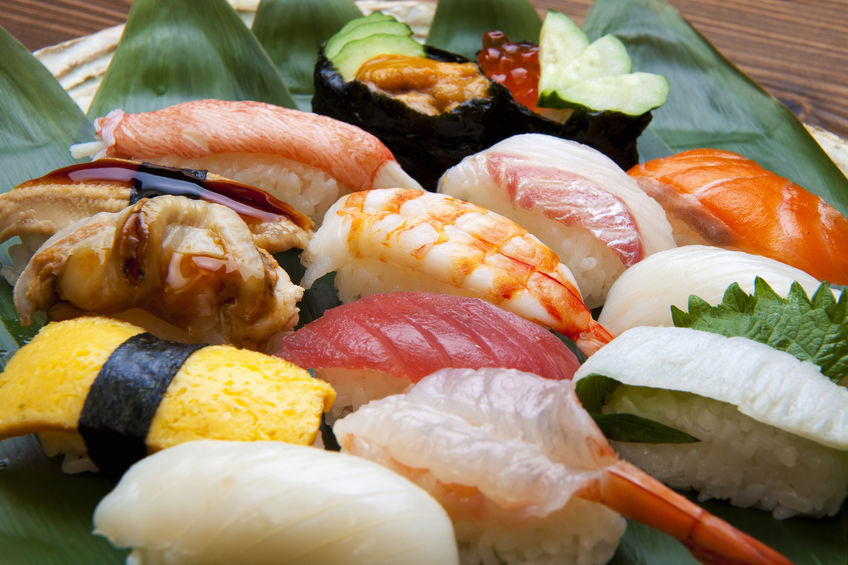 Given Kanazawa’s proximity to the Sea of Japan, the city has access to a diverse variety of some of the best and freshest seafood in the nation. This seafood can be seen on full display at the Omicho Market, which has been supporting the area’s culinary scene since the mid-1700s. Local specialties include deep sea prawn, crab, and buri (yellowtail). Sushi can be found in a variety of settings from kaitenzushi (con-veyor belt-style) restaurants to high-end omakase sushi restaurants. Sushi is most commonly served nigiri-style with a ball of pressed rice topped with a slice of raw fish, clam, prawn or other seafood. 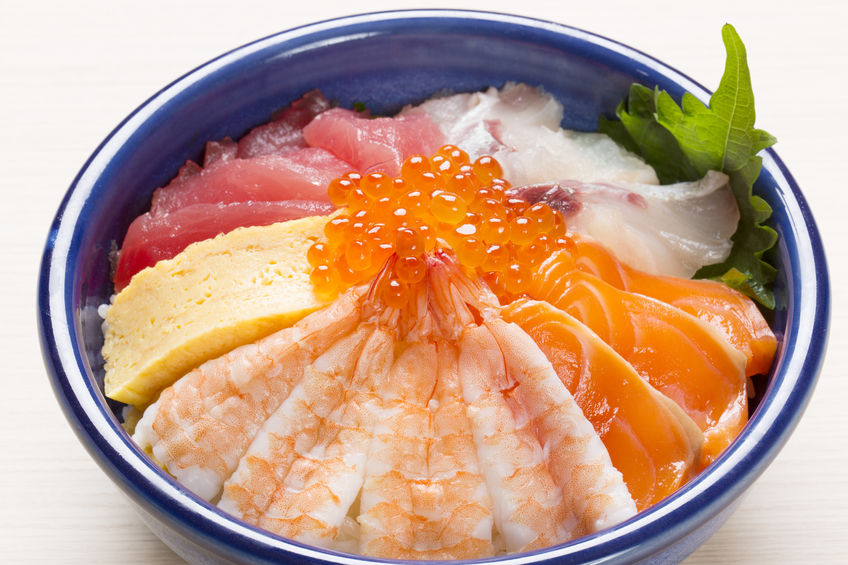 Donburi is a bowl of plain steamed rice topped with a variety of ingredients. It’s commonly eaten in Ja-pan as a fast food-like meal anytime of the day. Kaisendon is a donburi topped with a decorative array of fresh raw seafood, which makes it a must-try dish while in Kanazawa. Kaisendon can be found in su-shi and specialty shops across the city, but particularly in and around the Omicho Market. 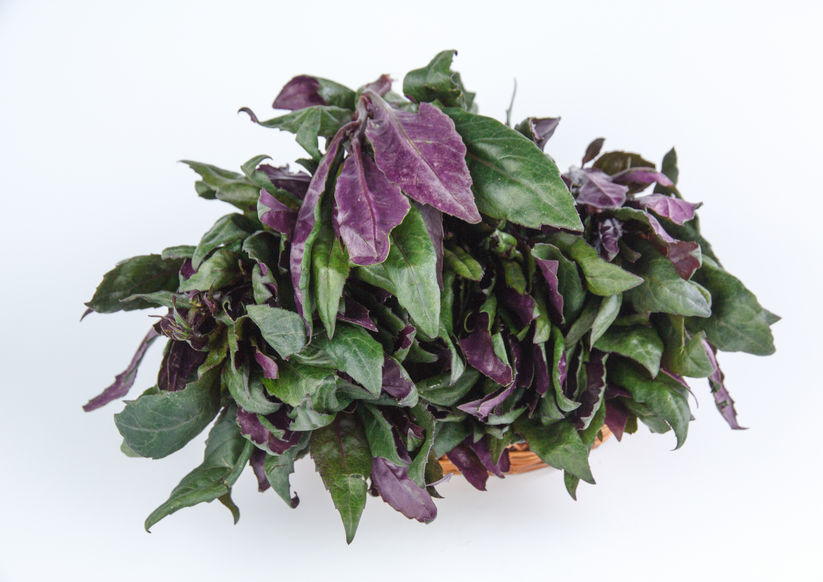 Kaga yasai is a group of 15 indigenous vegetables of Kanazawa, cultivated in and around the area be-fore 1887. Since 1945, they’ve been revived and are gaining recognition throughout Japan alongside oth-er regional vegetables like Kyo-yasai (Kyoto vegetables). Included in the group are varieties of takenoko (bamboo shoots), daikon, cucumber, sweet potato, lotus root, green onion, plus varieties unique to Kan-azawa—a leafy green vegetable called kinjiso and red pumpkin. These vegetables can be found at the Omicho Market, and are marked with stickers denoting local authenticity. 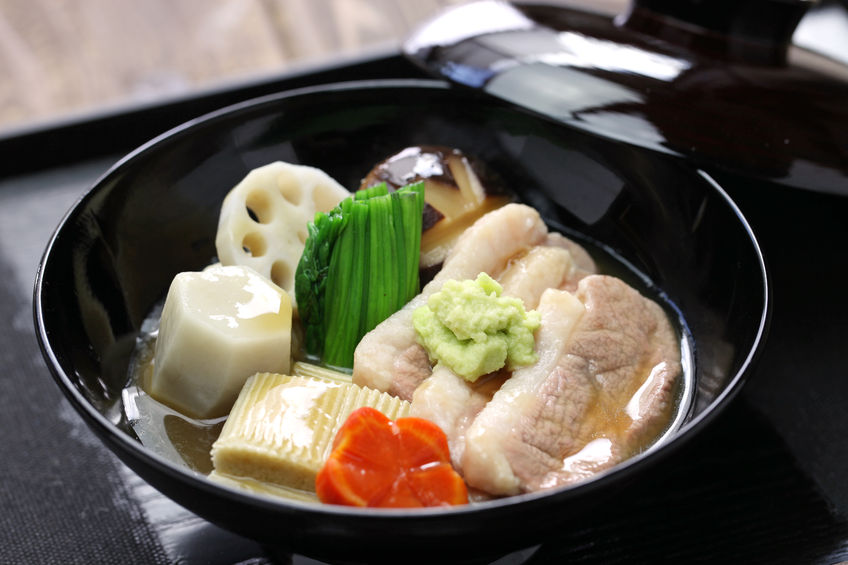 Jibuni is a type of nabe (Japanese hotpot), and is essentially a hearty duck soup. To prepare jibuni, duck is coated in a mixture of wheat flour and buckwheat flour, then stewed in a seasoned dashi broth along-side local vegetables like carrot and negi (Japanese green onion), and served with a touch of freshly grated wasabi. The dish usually simmers at the table while guests drink and relax, and then is plated from a communal pot when ready. This signature Kaga dish is both nourishing and deeply complex in flavor. 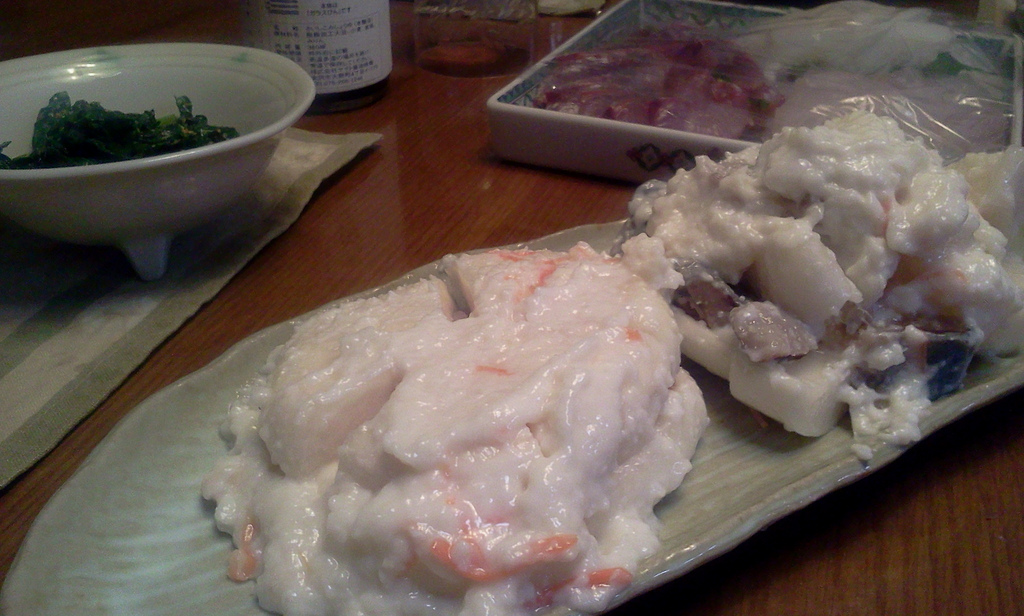 Kabura is Japanese for turnip, and kabura-zushi refers to a “sushi” made of turnip and fish. It consists of salted buri (yellowtail) fillets and sometimes carrot sandwiched between salt-pickled turnip slices that are then pickled together in koji (rice mold). Traditionally, kabura-zushi was eaten during the winter to provide much-needed vitamins from the vegetables, protein from the fish, and other nutrients from the lactic fer-mentation process. The sweet, sour, and umami flavors of the dish particularly pair well with a glass of sake. 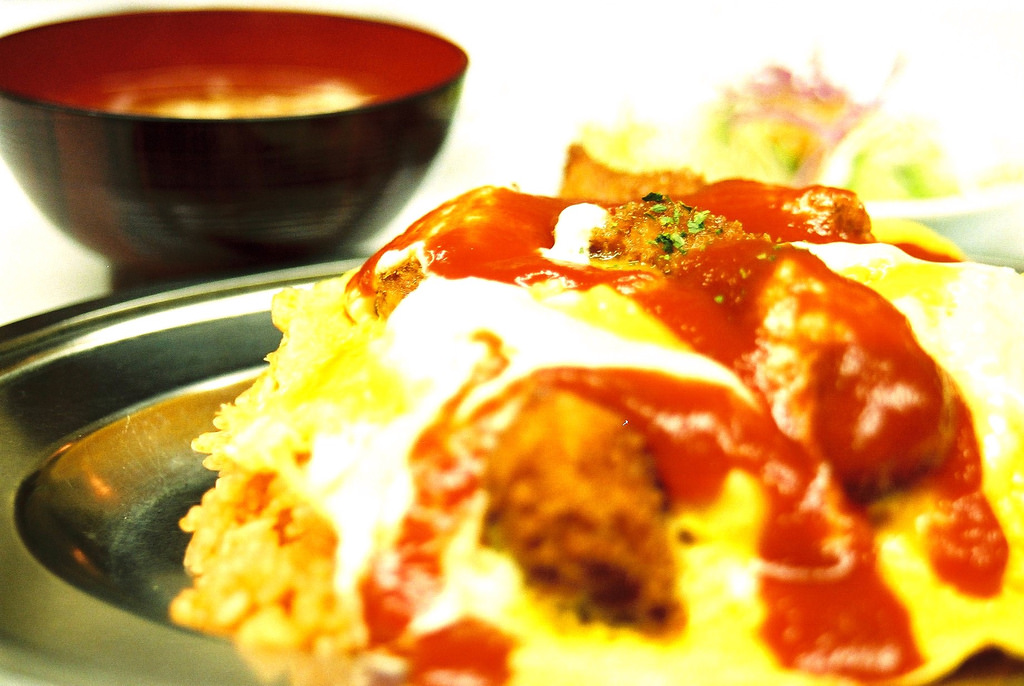 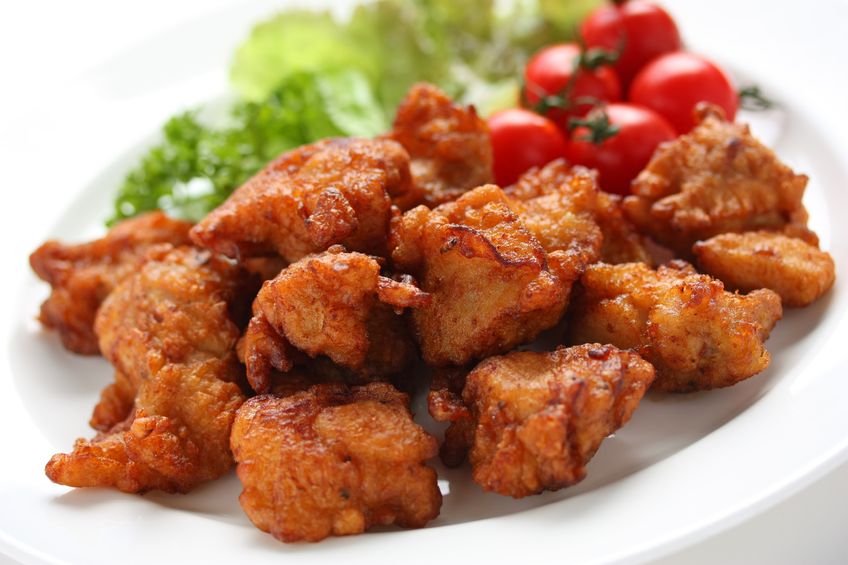 Gori are small Japanese freshwater fish representative of the Kanazawa region. Prized in Kaga times, they are found in both Kanazawa’s Asano and Sai Rivers. Karaage, on the other hand, is a method of preparing meat in Japanese cuisine where the meat is marinated in a mixture of soy sauce and ginger, then dusted in potato starch and deep-fried until golden brown. While gori sashimi is light and refreshing, when cooked karaage-style, the fish takes on much a richer flavor. This dish is best savored with a mug of ice-cold beer. 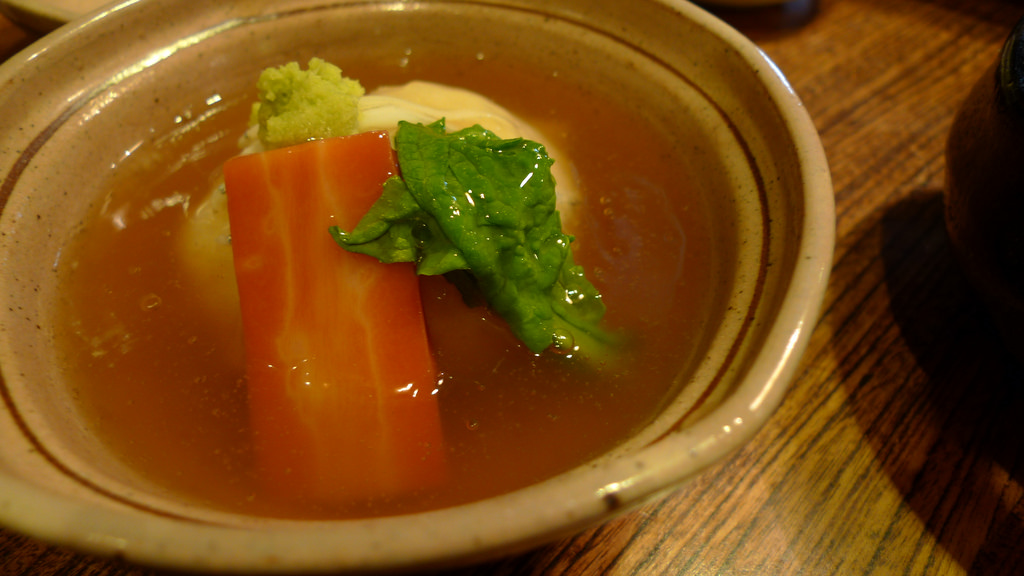 Mushi refers to steamed dishes in Japanese cuisine and is a traditional technique for preparing meals. For hasumushi, Kaga lotus root is steamed and covered in a broth thickened with potato starch. Other ingredients like prawn or ginko nuts may be added to the lotus mixture. Hasumushi has a chewy texture, similar to kabumushi, where turnip is used in place of lotus root. 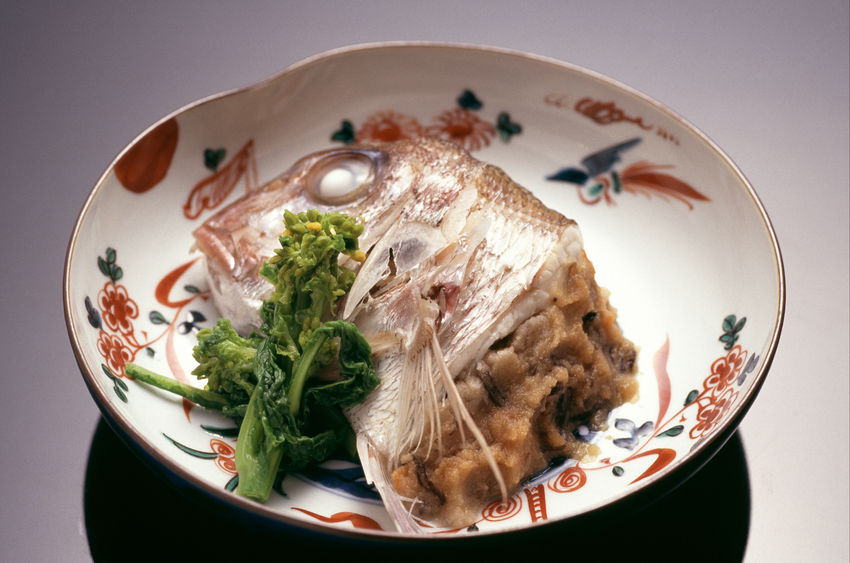 Tai no kara mushi is a dish of tai (sea bream) stuffed with okara, a tofu by-product, and other ingredients like gingko nuts, lotus root, and carrot, then steamed. As tai is an auspicious fish, this dish is generally served on celebratory occasions often in a large Kutani bowl, a traditional decorative porcelain dish of the region. 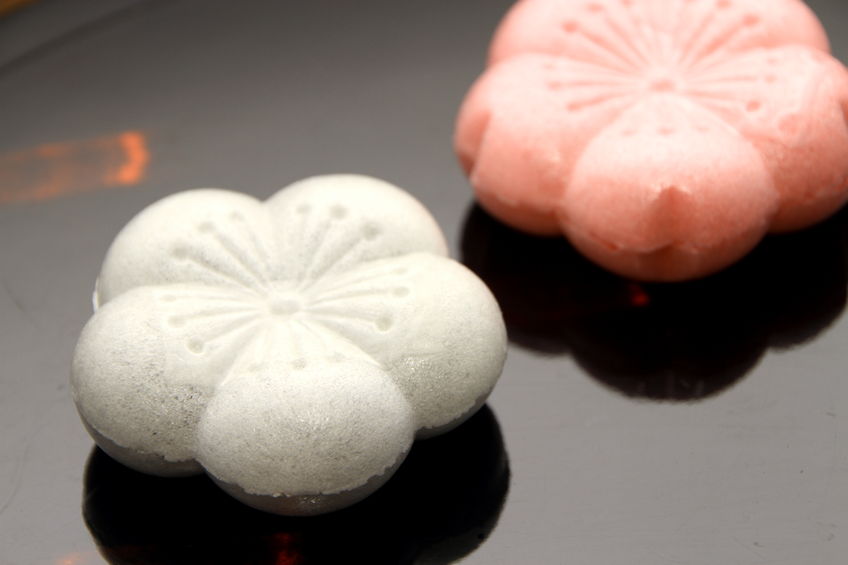 Wagashi are traditional Japanese confectionery typically made from natural ingredients like rice and beans, and are considered a traditional culinary artform. Different types of wagashi are eaten to cele-brate weddings and seasonal events like New Year, and may also have a shape influenced by Japanese literature or nature. Kanazawa is regarded as one of the three great areas of Japan for wagashi, along-side Kyoto and Matsue, with a confectionary culture thriving since the Edo period. Some varieties unique to the area include fuku-ume, a monaka wafer in the shape of Kaga Clan’s Maeda family crest; tsujiura, a 3- or 5-pointed dough case containing a fortune; and daizu-ame, a soft candy made from a mixture of mizukake (malt syrup) and kinako (roasted soybean powder).

Finding the Best Food in Kanazawa

Kanazawa offers visitors not only a glimpse into Japan’s past through stunning traditional gardens, well-preserved buildings, traditional crafts and dance, but the opportunity to taste some of Japan’s finest regional produce and dishes. When eating out in Kanazawa, be sure to pair your meal with delicious lo-cally brewed sake, and take note of the elegant dishware often used for serving meals, notably decora-tive Kutani-yaki porcelain. Finally, be sure to browse Gurunavi’s Kanazawa restaurant listings for the ar-ea’s best local and regional cuisine.